The duo were leading the party with military-like discipline, Revenue Minister R B Udhayakumar told reporters answering a question on Friday's party meet vis-a-vis claims of differences on some issues between the top two leaders. 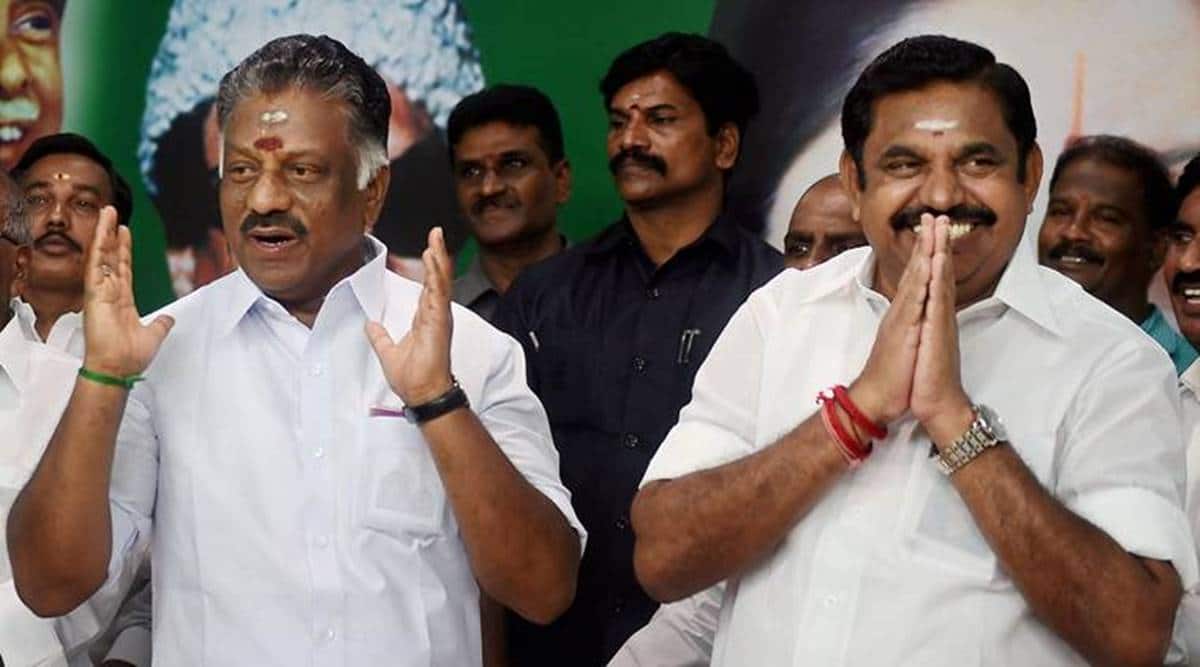 The duo were leading the party with military-like discipline, he told reporters answering a question on Friday’s party meet vis-a-vis claims of differences on some issues between the top two leaders.

Both the leaders have about 1.5 crore cadres bound by love and they were taking along everybody with a motherly affection, he said.

Some news reports on the party meet and alleged differences were aimed at mere sensationalism, Udhayakumar, a Madurai-based party leader said adding, Palaniswami and Panneerselvam “have a very good understanding like the one between Rama and Lakshmana and this is the sathyam (truth).”

Taking potshots at the DMK without naming it, he said there were no takers for its initiatives like ‘Ondrinaivom Va,” whereas young people flocked to the AIADMK.

The “Ondrinaivom Va’ is a DMK initiative to help people who are in need of support and assistance duringthe coronavirus pandemic.

The ruling party on Friday took stock of the political developments including the possible release of V K Sasikala from prison in January 2021 and announced convening its executive committee meeting for a consultative process on the strategy for the Assembly polls next year.

The Minister’s remark comes against the background of reportage in a section of media over alleged differences between Panneerselvam and Palaniswami like the one related to setting up a steering committee to lead the party.

For all the latest Chennai News, download Indian Express App.