As many as five contacts of the doctor have also tested positive and quarantined in a government hospital in Bengaluru. 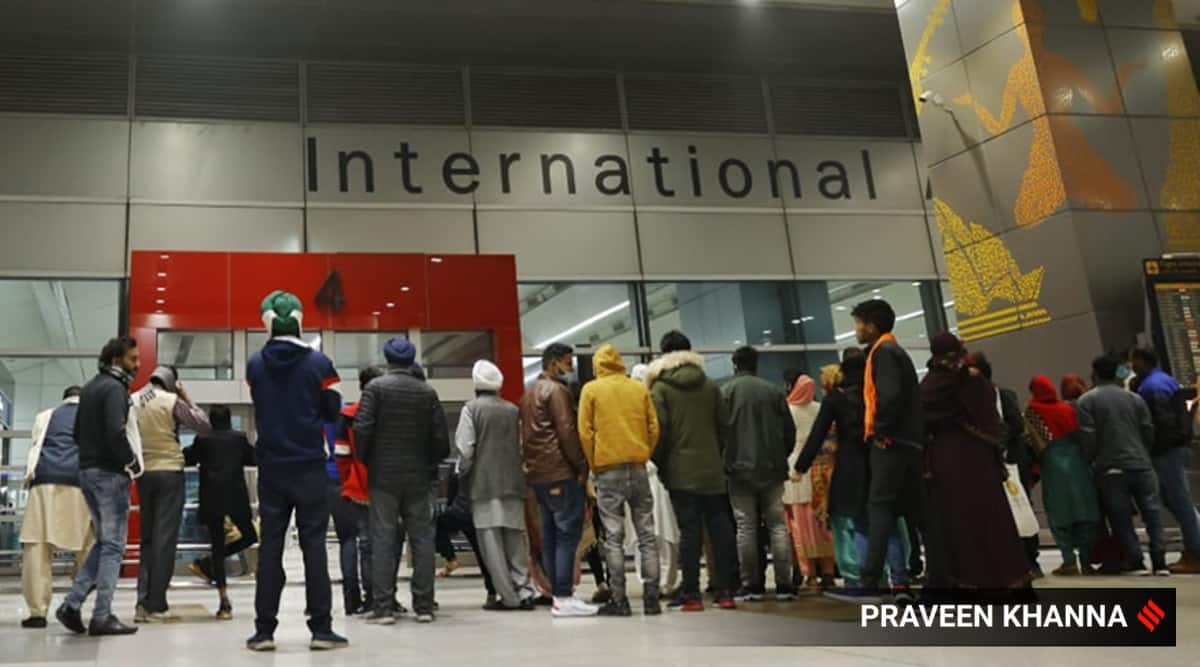 A 46-year-old doctor at a private hospital in Bengaluru with no travel history and a 66-year-old South African national, who returned home last week, have been identified as the first two persons in whom the new Sars-Cov-2 variant, Omicron, has been detected in India. Both the cases were reported in Karnataka.

The presence of the Omicron variant in an individual with no travel history has resulted in city officials issuing a warning of the possible existence of the variant in more people in the city. Both the individuals who tested positive were double vaccinated, officials said.

“In the last couple of days, we were waiting for the reports. The central government has today declared that the two samples that we sent for genome sequencing is of the varant found in South Africa. There are two cases found in Karnataka of Omicron now. It is probably a result of aggressive testing,” Karnataka Health Minister Dr K Sudhakar said announcing the detections in Bengaluru.

“The second sample where the variant is detected is that of a doctor at a private hospital who is 46 years of age. He was symptomatic and had fever. He tested positive on November 22 and he self isolated. When it was found that his cycle threshold (CT value) was low (and hence viral load was high) his sample was sent for genome sequencing on November 24,” Dr K Sudhakar said. The doctor and five of his contacts who have tested positive are in a special isolation facility created at a Bengaluru government hospital for Omicron variant cases, he said.

“The fact that one of the patients is a local means there should be precaution. It means that the virus is possibly in other people too,” said Gaurav Gupta, the commissioner of BBMP – the Bengaluru city civic agency. The treatment protocols for the new variant remain the same as that for the older variants, Gupta said.”Very little is known about the variant. We have not got guidelines. Both persons who have been detected with the new variant were double vaccinated,” he said.

“The patient from Bengaluru who was symptomatic is clinically stable and has no complications,” the BBMP commissioner said. The BBMP official said a decision had been taken to send samples of all persons testing positive for Covid 19 and showing low CT values for genome sequencing.

Two days ago, the Karnataka Health Minister had stated that genomic sequencing tests on one of two South African travellers who had come to Bengaluru in November had shown the possible presence of the Omicron variant. Dr Sudhakar had stated that a confirmation from the centre was awaited. Union Health Minister Mansukh Mandaviya had meanwhile announced that no Covid-19 cases with the new Omicron variant had been detected in the country.

The chairman of the technical advisory committee on Covid-19 to the Karnataka government, Dr M K Sudarshan, a retired professor of public health, said technical experts had received a hint, at a meeting of experts on Tuesday, of the detection of the Omicron variant in the two persons. “We do not have any specific guidelines for treating patients with the new variant. There is no separate protocol, it is the same as that for the Delta variant,” Dr Sudarshan said.