Also on the cards are introduction of happiness, entrepreneurship classes as well as smart classes to arrest absenteeism through ‘inclusiveness’. 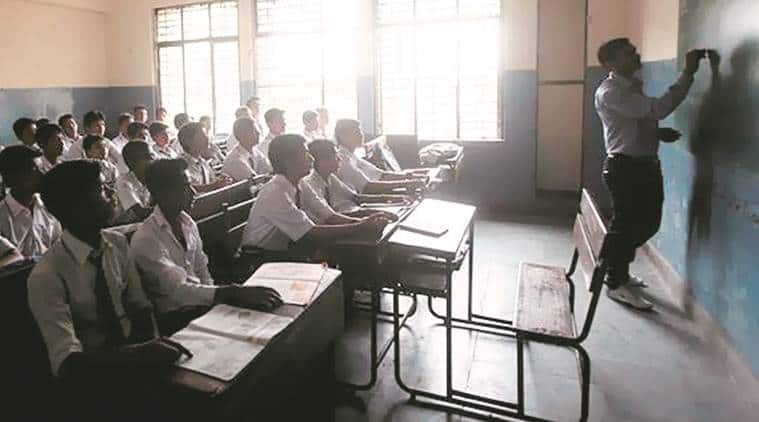 To revive Srinagar’s government school infrastructure, which is “moving towards extinction”, the state district administration has adopted 25 “model schools” to introduce reforms along the lines of Delhi government schools.

Representatives from Srinagar’s district administration had visited one of the Delhi government’s model schools in March and met Education Minister Manish Sisodia. Following this, a plan was drawn up to similarly create 25 model schools in Srinagar as well, with a view to scale up reforms and transform them into policy.

“Srinagar has witnessed a huge drift of students away from government schools towards private schools, despite the huge investment which is made in them. Currently, only 18% of the school-going population here studies in government schools; they have a teacher-pupil ratio of 1:5. We sent a team to study the Delhi government model to try to find a way to turn this around,” Srinagar Deputy Commissioner Shahid Choudhary told The Indian Express.

Among the core initiatives to be introduced in these model schools are “school management development committees along the lines of the School Management Committees operating in Delhi”. The members will include the principal, a teacher, a social worker and a representative of the local MLA. It will also have 12 members elected by parents, comprising 50% women.

“We are looking to promote strong community involvement in the schools. Currently, the schools are operating in isolation from the community and there’s no bridge between the two. If there’s any law and order issue, schools are just shut. There has to be greater engagement,” said Choudhary.

Another important focus area shall be teacher training, with movement of teachers between both cities over the next few months on the cards. Mentor teachers from Delhi government schools will go to Srinagar to train teachers there, while teachers from Srinagar will visit Delhi in groups to study the schools here.

“We are looking to overhaul the entire infrastructure of these schools, replace the boring sarkari structures with attractive buildings like the ones we saw in Delhi, as well as facilitate round-the-clock electricity and water supply,” said Choudhary.

Also on the cards are introduction of happiness, entrepreneurship classes as well as smart classes to arrest absenteeism through ‘inclusiveness’. The wide range of reforms is set to begin rolling out next week and the administration has aimed to complete the roll-out within five months.