The poster of the 1947-movie Stunt Queen, with the bold use of orange, green and white colours in it, announces the return of gun-toting Fearless Nadia with her popular co-star John Cawas for another on-screen adventure. It also features a running train (a fixture in several movies of Nadia) approaching as a woman lies on the tracks with her hands and legs tied. Apart from establishing the dominance of Fearless Nadia in ‘stunt movies’ with her image painted bigger than others in the cast, the poster signifies the popularity of such thrillers.

Stunt Queen’s poster is part of a collection of movie posters, lobby cards, and songbooks that belong to the estate of Riyad Wadia. These are publicity materials for movies made by Jamshed Wadia (Riyad’s grandfather) and his brother Homi Wadia under the banners of Wadia Movietone, Basant Pictures, and Wadia Films. Mumbai-based Prinseps, an action house, will soon conduct an online auction of these publicity materials, including about 30 posters, as many lobby cards, and a bunch of songbooks. The auction by Prinseps opens for bidding on September 19th. “We will soon decide the date for a live auction. The bidding for posters starts from Rs 20,000. For lobby cards, it’s between Rs 10,000-15,000, and for songbooks bidding starts from Rs 5,000-10,000,” says Indrajit Chatterjee, director of Prinseps. Fearless NadiaThe Wadia brothers today are credited for making pathbreaking stunt films, which were once labelled as ‘B-movies’. They are also responsible for creating and popularising the unique screen persona called ‘Fearless Nadia’, as Australia-born Mary Ann Evens is widely known. Cast in the leading role of most of their stunt movies, Nadia could jump off buildings, swing from chandeliers, fight on top of a running train, do sword-fighting and ride a horse.

Film historian Amrit Gangar says: “The Wadia brothers had a savvy publicity department. They had appointed DG Pradhan to design their posters. These posters were fascinating in terms of design and colour scheme. For example, Maya Mahal’s poster makes interesting use of red and blue.” There are two special posters that will go under the hammer. The poster of Mela (1948), featuring Dilip Kumar and Nargis, is made of four sheets glued together to look like one while that of Saaz Aur Sanam (1971), featuring Rekha and Premendra, uses six sheets. The publicity materials of “stunt” and “social” movies by the Wadias provide a delightful peek into the cinematic culture of India since most of our early movies are now lost. “These posters are extremely important for archiving and documentation,” says Gangar. In the poster of Toofani Tirandaz (1947), Nadia wears a mask and fights baddies while some other actors are seen wielding swords. There is an artfully done poster of Miss Frontier Mail (1936), hailed as “a stunt spectacular”. The lobby card for Circus Queen (1959) places at the centre a big image of Nadia with a whip in her hand apart from adding details like circus animals and artists performing different acts. It is evident from these posters that Nadia, the blonde, blue-eyed actor famous for doing her own stunts, was the crowd-puller. The Wadia brothers parted ways in 1942, nine years after Jamshed founded Wadia Movietone with his younger brother Homi. Jamshed wanted to focus on social themes while Homi chose to carry on making ‘stunt’ movies. Homi formed Basant Pictures and directed several movies featuring Nadia under the banner. By then, Wadia Movietone had become synonymous with action-packed entertainment. Jamshed’s grandson Roy Wadia says, “What was amazing about these movies is that stunts were always woven into the storyline. Stunts, including the outlandish ones, were integrated into the story.” He cites Hunterwali (1935) and Diamond Queen (1940) as cases in point. Homi and Nadia got married in 1961. 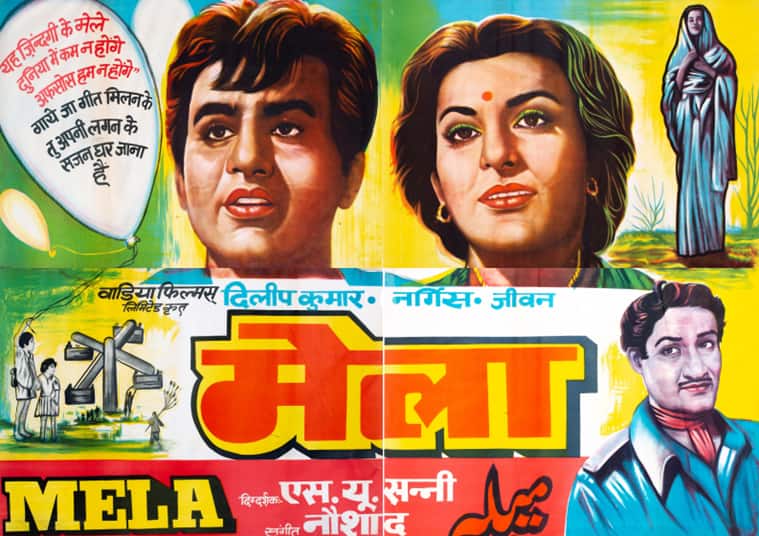 Talking about the Wadia brothers’ oeuvre, Nargis Wadia, director of Wadia Movietone and daughter-in-law of Jamshed, says: “The Wadias’ vision was to break to mould for women characters. Jamshed wanted to move away from the meek and sati-savitri portrayal of women on screen. Ironically, women characters continued to be submissive much after the movies featuring Fearless Nadia were made”.