According to police, the boys, aged 17 and 15 years, had entered the orchard in search of their pet dog. One of the men guarding the orchard shot the video on his mobile phone and shared it with others, said police. 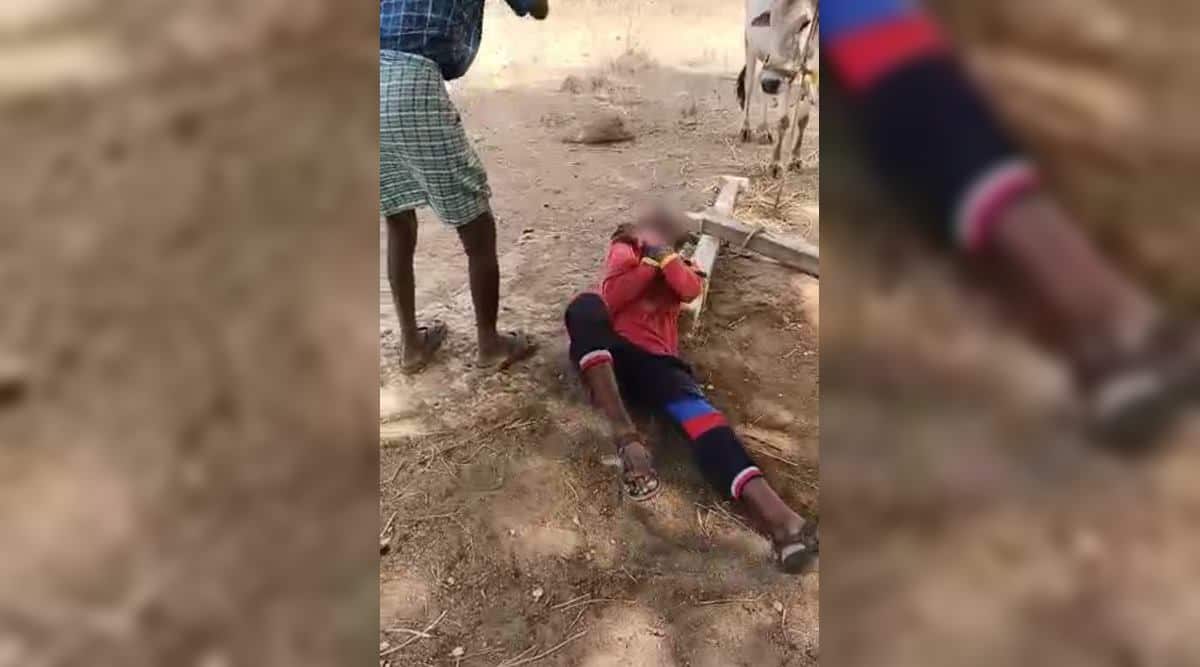 The police in Telangana’s Thorrur town in Mahabubabad district arrested two men on Friday for allegedly beating and force-feeding cow dung to two minors on suspicion of theft.

The two boys, aged 17 and 15, were tied up, beaten, and force-fed cow dung in Kantaipalem village of Thorrur Mandal Thursday evening by a group of men for allegedly attempting to steal mangoes from their orchard. The men also videographed the incident, said the police.

Based on a complaint from the mother of one of the two boys, Thorrur town police registered a case and detained the accused for questioning. According to police, the boys, aged 17 and 15 years, had entered the orchard in search of their pet dog. One of the men guarding the orchard shot the video on his mobile phone and shared it with others, said police.

The accused have been charged under section 342 (wrongful confinement), 324 (causing hurt by dangerous weapons), 504 (intentional insult with intent to provoke breach of peace) of the IPC, and section 75 (cruelty to a child) of the Juvenile Justice Act.

When contacted, the circle inspector of Thorrur town police station N Karunakar said that Banoth Yakku and Banoth Ramulu, the two guards who assaulted the minors, were arrested Friday morning.

“Assuming that the boys entered the orchard for stealing mangoes, the guards there tied them and beat them up. They forced them to eat cow dung and applied it to their body. They took the video of the boys and shared it. We are investigating the case,” he said. The incident took place at around 4 p.m and a case was registered Thursday night itself, he stressed.

Speaking to indianexpress.com, N Koti Reddy, the Superintendent of Mahabubabad district, called it a straightforward case assault. “We are verifying the role of two others who were present apart from the two who beat up the boys. These two persons have videographed the incident,” he said.