Based on the request made by healthcare workers following the holiday season on account of Deepavali festival, and the meteorological department predicting more rains for 15 districts on November 6, it has been planned to conduct the camp on November 14. 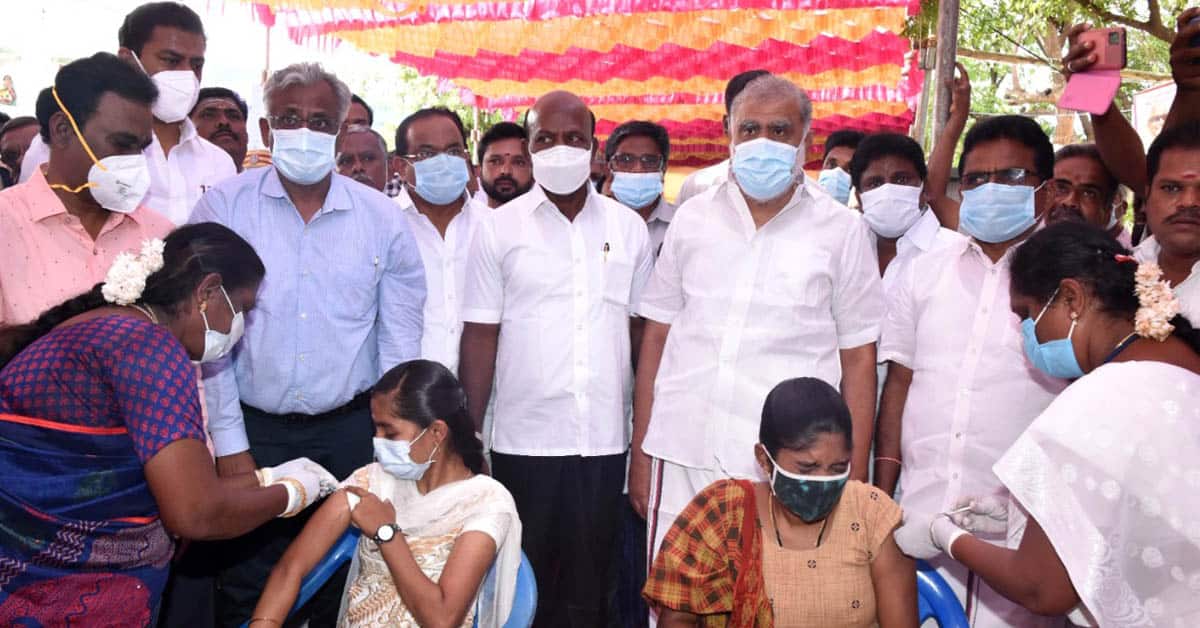 The eighth edition of the mass vaccination campaign against Covid-19, originally scheduled for tomorrow, would be held on November 14 following the request made by the medical fraternity and also due to the onset of the North East Monsoon, Tamil Nadu Minister Ma Subramanian said on Friday.

Based on the request made by healthcare workers following the holiday season on account of Deepavali festival, and the meteorological department predicting more rains for 15 districts on November 6, it has been planned to conduct the camp on November 14, the Minister for Medical and Family Welfare said.

He was talking to reporters after inspecting the Government Arignar Anna Memorial Cancer Hospital in neighbouring Kancheepuram district.

“It was announced that the eighth mega vaccination camp would be held on November 6. But doctors, nurses and members of the medical fraternity unanimously made a request (to the government) that tomorrow’s camp be postponed to next week in view of festival holidays”, he said.

“Moreover, the Met department has predicted rainfall in more than 15 districts tomorrow following the onset of North East Monsoon…in view of this, tomorrow’s mega vaccination camp will be held on November 14”, he said.

Appealing to the public to get the jab, he said people need not wait till November 14 to get vaccinated and they can use the camps which are normally conducted every day by the health department.

“Those eligible can get vaccinated in the 2,800 camps which are being conducted by the health department every day. About 65 lakh vaccines (both Covaxin and Covishield) are available.. and we appeal to people to get vaccinated”, he said.

Referring to the launch of administering Covid vaccines at the doorstep of beneficiaries last week, Subramanian said Chief Minister (M K Stalin) has advised Collectors to identify those eligible to receive the jab and people who require the second dose.

Subramanian said 71 per cent of Tamil Nadu’s population have been administered the vaccine, while 31 per cent of them have received the second dose. The Chief Minister has said that 100 per cent of the population would be vaccinated by November end, the minister added.