Police said that near Kottakuppam, the crackers exploded and both of them were thrown off from the motorcycle to upto a distance of about 10-15 metres. 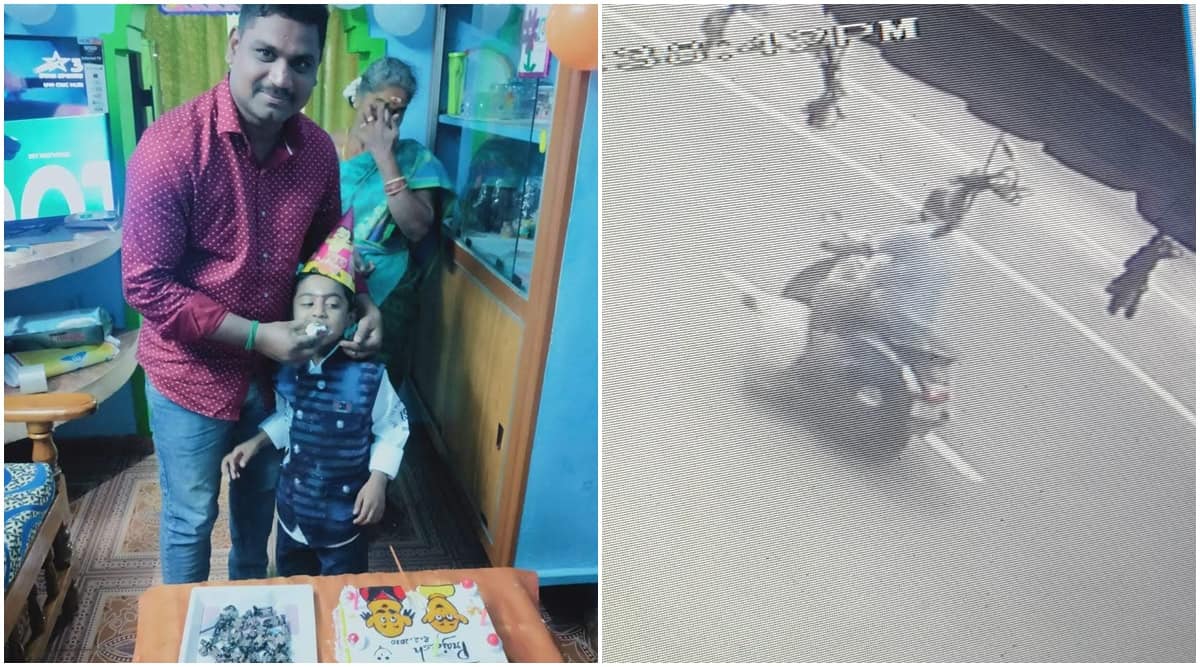 A father-son duo was killed and three others were injured when two bags of country fireworks they were carrying in their motorcycle exploded accidentally at Kottakuppam town on Thursday afternoon.

The deceased, identified as Kalainesan from Ariyankuppam, was heading towards his in-laws’ house in Koonimedu near Villupuram with his son Pradeesh. He had purchased the fireworks from his native place for Diwali celebrations.

In the CCTV footage released by the police, Kalainesan is seen riding a scooter and carrying the fireworks in a gunny bag. His son was holding the bag. The police said that near Kottakuppam, the crackers exploded and both of them were thrown off from the motorcycle to upto a distance of about 10-15 metres. Three other motorists — Ganesh (45), Syed Ahamed (60), and Viji Anandh (36) — who were riding near Kalainesan’s vehicle also suffered grievous injuries. All of them were taken to the JIPMER hospital in Puducherry.

Speaking to indianexpress.com, Sreenatha said Kalainesan had bought two bags of “Naattu Pattasu” (country crackers) from Puducherry on November 3 and had kept it at his in-laws’ house. On November 4, he had taken 1 bag from Koonimedu and was riding towards Puducherry during which the accident took place. The accident might have been caused by the friction. The police have seized a gunny bag of country crackers from Koonimedu and have registered a case under different Sections of the Indian Penal Code and the Explosive Act.

Meanwhile, Chennai police Thursday registered over 700 cases against residents who allegedly violated the stipulated timing alloted by the Madras High Court to burst crackers. The court had restricted the timing to between 6 am and 7 am, and 7 pm and 8 pm on the day of Diwali. Close to 239 shopkeepers were booked for not following the norms to operate cracker shops in the city.