Officials said the three crematoriums at Baans Ghat, Gulbi Ghat and Khajekalan Ghat had an average of 70-80 cremations – relating to Covid as well as non-Covid deaths – before the second surge struck this month. 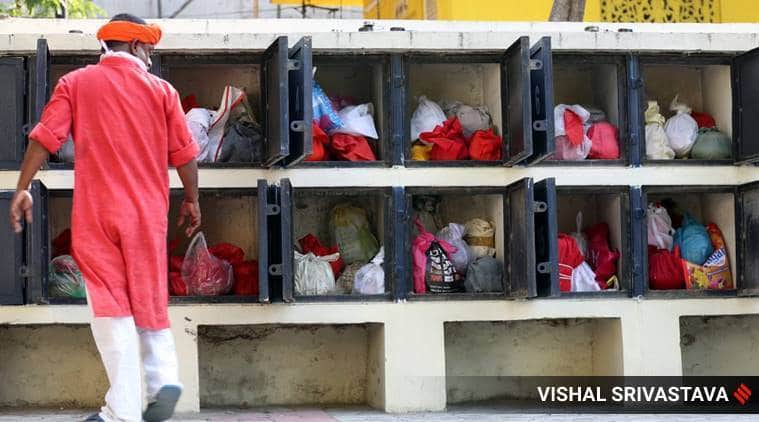 WITH THE three crematoriums in Patna recording an average of 150 cremations a day – almost double their normal average – since the last fortnight, largely driven by the second Covid surge, the Patna Municipal Corporation (PMC) has taken over two new unregistered ghats and enhanced the capacity of its biggest crematorium at Baans Ghat to handle the long queues.

Officials said the three crematoriums at Baans Ghat, Gulbi Ghat and Khajekalan Ghat had an average of 70-80 cremations – relating to Covid as well as non-Covid deaths – before the second surge struck this month. According to PMC records, 243 cremations were carried out on Tuesday at these three Patna crematoriums – the most in a single day.

Between April 1 and April 28, Patna recorded 221 out of the 815 Covid deaths in the state, according to Bihar government records. Overall, 2,391 people have died of Covid in the state ever since the pandemic broke out last year.

Patna Municipal Commissioner Himanshu Sharma said apart from enhancing the capacity, wooden pyre has been made free of cost for Covid deaths to reduce pressure on the electric crematoriums.

Sharma said as number of bodies at the crematoriums started rising, the PMC first multiplied its service at Baans Ghat. “In comparison to simultaneous cremation of 6-7 bodies on wooden pyres, Baans Ghat alone now has facility to cremate 60-70 bodies on a single day. Two electric crematoriums can cremate 50 bodies a day,” he said. “It is traumatic to keep relatives of Covid patients waiting.”

The municipal commissioner said the PMC also registered two new crematoriums – Digha Ghat and Nand Gola Ghat – where bodies can be diverted for cremation. “These two Ganga ghats were not registered and used occasionally by local people. We have registered them now. These crematoriums can cremate 60 bodies each a day,” he said.

While Sharma said he did not have a break-up of Covid and non-Covid deaths, a senior functionary of the Indian Medical Association, who did not want to be named, said apart from the deaths reported from the government hospitals, there have been many deaths at private hospitals and in home isolation.

“Bihar has 90 private hospitals, besides 10-odd government hospitals, treating Covid patients. In most cases, deaths at Nalanda Medical College and Hospital and AIIMS, Patna are reported. But the fact remains that several Covid patients have been dying in private hospitals and also in home isolation. Covid deaths in Patna alone would not be less than 90-100 per day since last week,” said the IMA functionary.