According to the trekking group, due to the “heavy traffic”, or large number of mountaineers at Mount Everest, Bhagwan and his sherpa were stranded for nearly four hours of the total 10-hour descent. 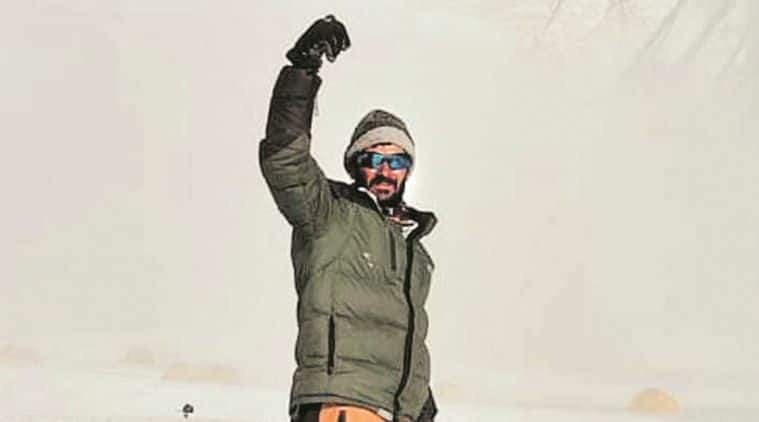 This was Nihal Bhagwan’s second expedition to Mount Everest in two years. It also turned out to be the young mountaineer’s final one. Bhagwan, 27, was among the three Indians who successfully scaled the world’s highest peak on Thursday, but died during their return journey to the base camp.

He is survived by his parents and two younger siblings, who live at Akluj in Solapur.

“Nihal was a jovial and helpful person. It is hard to believe that destiny deceived such a good human being,” Santosh Kolhe, who has been Bhagwan’s guide for 10 years, told The Indian Express. Kolhe learnt about the tragedy when a representative of the Nepal-based trekking group, of which Bhagwan was a member, called him on Thursday evening.

Kolhe had last talked to Bhagwan last week, on May 17. “He sought my wishes as the team was to about to begin its ascent,” he said.

Kolhe and others who knew Bhagwan said they were not convinced with the reason being cited for his death during the descent — lack of oxygen.

“He was an experienced mountaineer and had earlier tried to scale Mount Everest in 2017. Back then, he fell short by 400 metres due to bad weather conditions. It is hard to believe that Bhagwan died due to lack of oxygen supply,” said Kolhe.

Since completing his post-graduation in Physical Education from Bharati Vidyapeeth University last year, Bhagwan had been training hard for the expedition.

He survived the treacherous climb under unconducive weather conditions and on Thursday reached the summit, where he unfurled the national flag.

According to the trekking group, due to the “heavy traffic”, or large number of mountaineers at Mount Everest, Bhagwan and his sherpa were stranded for nearly four hours of the total 10-hour descent. During this period, the Akluj trekker reportedly got tired and started gasping for breath, as his oxygen supply declined. When his sherpa succumbed, Bhagwan sent an SOS to the base camp.

“Two sherpas took a few hours to reach the spot where they lay, but by then, he had died,” said Kolhe, who was among the people who broke the news to Bhagwan’s family.

Planning such an expedition was beyond Bhagwan’s reach, but his love for adventure and mountaineering overcame all hurdles, including the financial constraints faced by the family, which runs a paan shop. “Despite limited resources, he always dreamed big,” said Kolhe.

“He borrowed close to Rs 20 lakh from various sources. I sought a loan in my name to fund his trek. Both his younger brother and sister are studying and now it is an uphill task for the family, which is trying to raise money to bring the mountaineer’s body back,” he added.

The village, which was planning a grand welcome for Bhagwan, is now in mourning. His body is expected to arrive on Monday.

Local residents have sought help from various people and private companies to help the Bhagwan family pay back the loan.