According to plans for an Rs 800-crore revamp by the state government, the temple's outer wall, the “Meghana Pacheri”, covering a peripheral area of 75 metres, will be surrounded by a heritage corridor dotted with trees, flowering plants, and seating areas. 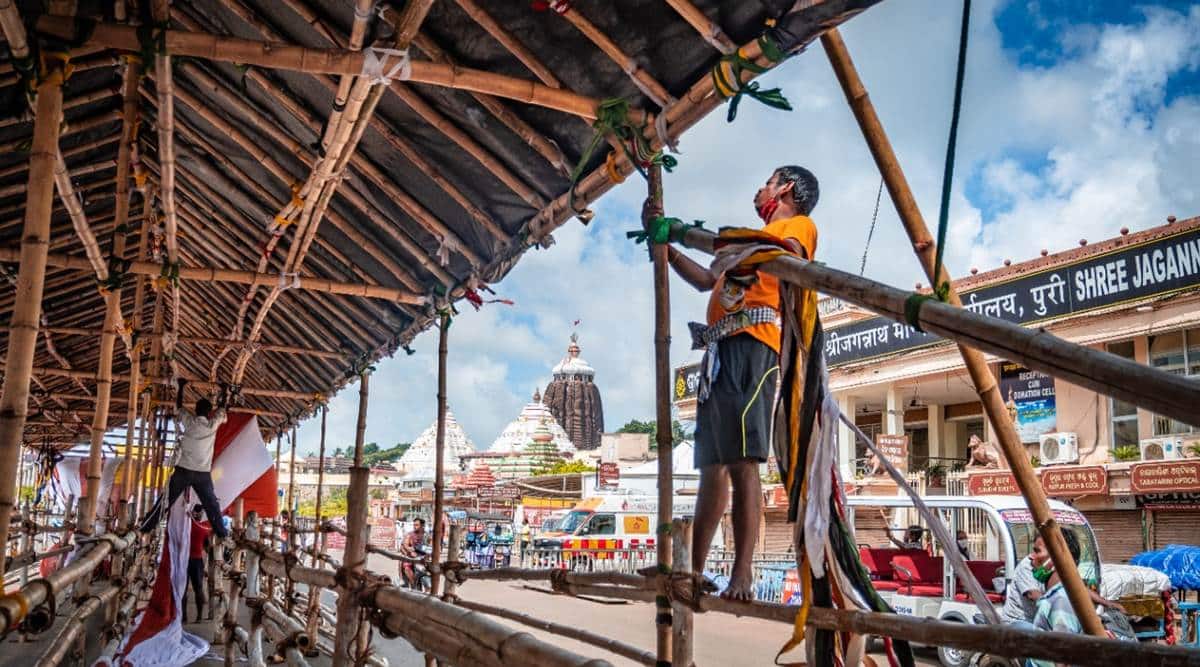 Today, the Shree Jagannath Temple in Odisha’s Puri stands amidst small shops on either side, with the two-lane road leading to the entrance packed with pilgrims, and rickshaws queued up at a checkpost.

This is about to change.

According to plans for an Rs 800-crore revamp by the state government, the temple’s outer wall, the “Meghana Pacheri”, covering a peripheral area of 75 metres, will be surrounded by a heritage corridor dotted with trees, flowering plants, and seating areas.

Chief Minister Naveen Patnaik will lay the foundation stone for the project on November 24.

“A number of events are scheduled to take place between November 21 and November 24 to begin the corridor project. The blueprint for the final programme has been prepared,” said Krishan Kumar, Chief Administrator, Shree Jagannath Temple Administration (SJTA).

The corridor would be divided into nine layers: a green buffer surrounding the temple complex, an inner “pradakshina” path, a landscaped zone, an outer “pradakshina” path, a public convenience zone, a service lane, a traffic lane and a pedestrian footpath. Besides, the plans include: battery-run vehicles for devotees, a reception centre with a capacity of 6,000 persons for queue management, a luggage scanning system, a cloakroom for belongings of upto 4,000 families, adequate drinking water and washroom facilities, and a store for books and souvenirs.

According to official estimates, over 5 lakh tourists visit Puri in the months of June and July to attend the annual Rath Yatra at the Jagannath temple. Over the past two years, however, the Yatra was carried out amidst strict Covid curbs.

This year, the temple was shut for four months due to the second Covid-19 wave and reopened in August.

The revamp project will be undertaken under the Rs 3,200-crore Augmentation of Basic Amenities & Development of Heritage & Architecture at Puri (ABADHA) scheme, which was launched to make the city a “world-class tourist and religious” centre.

It also includes the preservation of the temples of around 10 mutts, which were demolished within a 75-metre radius of the 12th-century shrine. The SJTA approved the corridor project in February following which it obtained the green signal from the National Monuments Authority (NMA), which had earlier withdrawn its bylaws restricting development in the immediate vicinity of the temple.

As part of the revamp plan, a Rs 95-crore housing project has been approved for the rehabilitation of families who will be displaced by the revamp. Officials said around 600 houses will be constructed within a 1.5 km radius of the temple.

Incidentally, the foundation ceremony comes three months ahead of rural polls in the state. While the ruling Biju Janata Dal (BJD) and the Opposition stood together to facilitate the temple project, Chief Minister Naveen Patnaik has spearheaded a campaign to beautify temples across the state.