Rupani on Monday slammed the remarks of Gehlot, saying that it is “an insult to 6.5 crore Gujaratis. It doesn’t bode well that he calls all Gujaratis drunkards”. 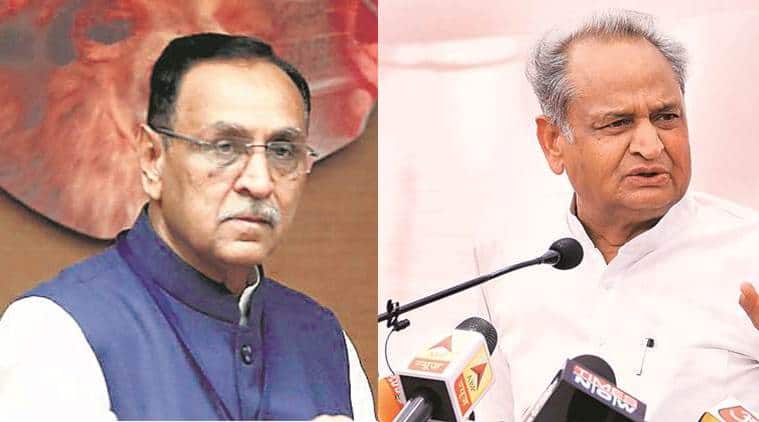 After Gujarat Chief Minister Vijay Rupani protested Rajasthan CM Ashok Gehlot’s statement that Gujarat was the highest consumer of alcohol and challenged him to implement similar liquor ban in Rajasthan, the Gujarat Congress came out in defence of Gehlot saying that Rupani should rather “shut illicit liquor dens than trying to shut Gehlot’s mouth”.

The Gujarat Pradesh Congress Committee (GPCC) also asked Rupani to take a trip across Gujarat with former Radhanpur MLA Alpesh Thakor, who recently switched to the BJP from Congress, when the latter could “show him all the illicit liquor dens”.

Thakor, in 2016, as a founder of Gujarat Kshatriya-Thakor Sena, had met the then Chief Minister Anandi Patel and submitted a list of illicit liquor dens active in her home district, Mehsana. Since 2014, Thakor has been on the forefront demanding harsher laws for liquor prohibition and action against illicit liquor trade.

“A neighbour is always someone’s well-wisher and by making comments on failed prohibition policy of the Gujarat government, Gehlot has not insulted the state but only exposed the Rupani government. Today, the CM has challenged Gehlot to implement similar ban in Rajasthan. Rupani should rather focus on implementing liquor ban in the state and shut illicit liquor dens rather than trying to shut Gehlot’s mouth. He (Rupani) can take Alpesh Thakor in his car and do a trip of Gujarat where Thakor can provide him a list of illegal liquor dens,” said Jairajsinh Parmar, spokesperson, GPCC.

On October 6, Ashok Gehlot questioned Gujarat’s prohibition policy, stating that during his stay in Gujarat for a year during the assembly polls, he found “maximum consumption of liquor in the state” and that “liquor is consumed in almost all households”. Gehlot was Gujarat Congress incharge for 2017 assembly polls.

Rupani on Monday slammed the remarks of his Rajasthan counterpart saying that it is “an insult to 6.5 crore Gujaratis. It doesn’t bode well that he calls all Gujaratis drunkards”. On Tuesday, Rupani challenged Gehlot to implement similar liquor prohibition in Rajasthan.