"We hope that Gujarat becomes the first state to come out of the coronavirus pandemic and that the situation returns to normalcy," CM Vijay Rupani said during the occasion, asking the people to watch the proceedings of the event on television. 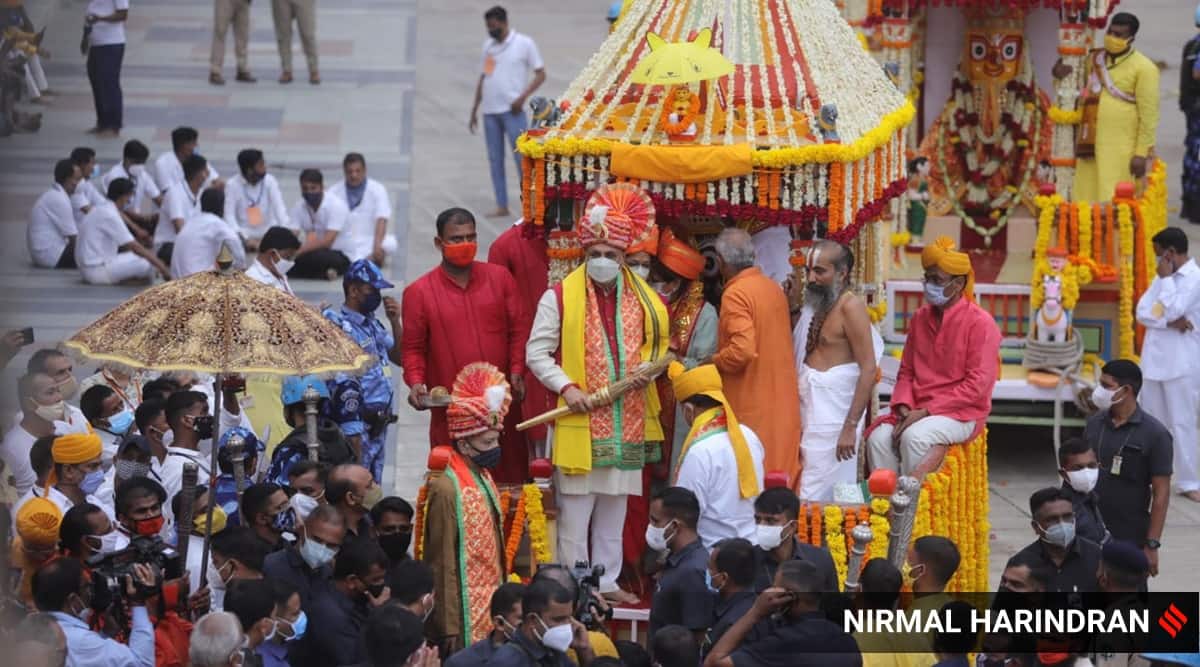 The state government recently announced that the traditional Lord Jagannath Rath Yatra encompassing 19 kilometres will be taken out amid a curfew with only five vehicles, including three chariots, amid the pandemic. Except for the priests, temple trust members and police force, no other devotees were allowed to assemble near the chariots as CM Rupani appealed to citizens to watch the proceedings of yatra live on television.

“Today on the occasion of sacred Ashadhi Beej Diwas (day), the Lord Jagannath Rath Yatra has begun. May Lord Jagannath bless Gujarat and do krupa on us. We hope that Gujarat becomes the first state to come out of the coronavirus pandemic and that the situation returns to normalcy. Today this yatra has been taken out following the Covid guidelines and SOPs. By afternoon, the yatra will return to the temple marking the end of today’s festive celebrations,” Chief Minister Vijay Rupani said. 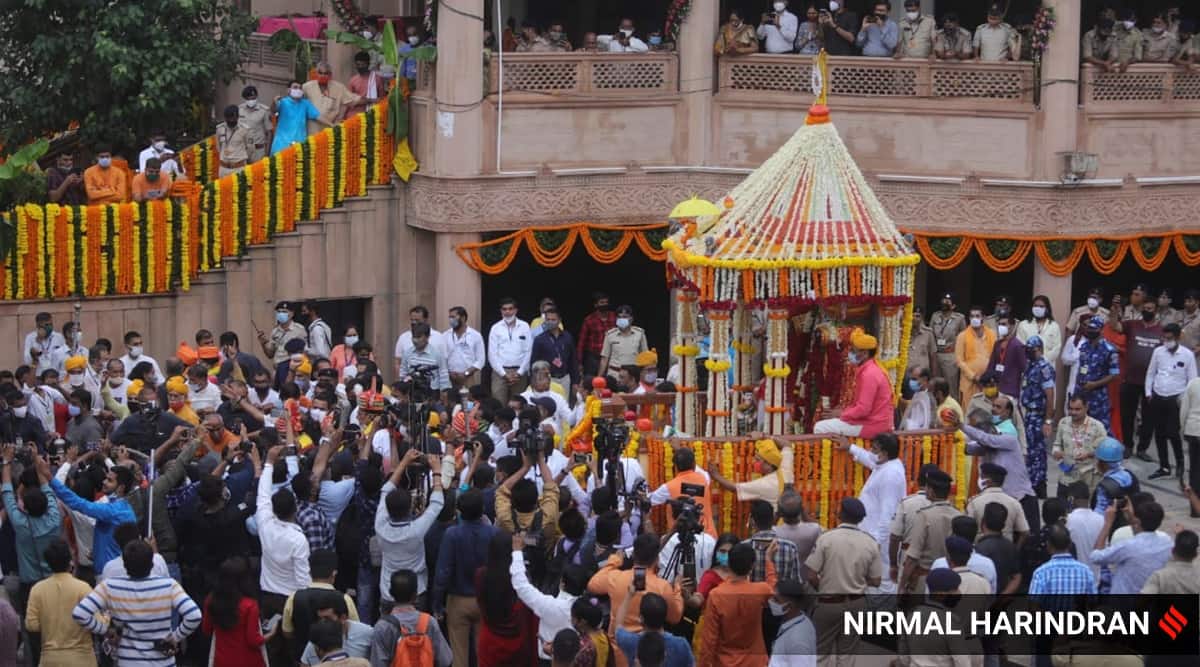 CM Rupani also congratulated the people of Kutch on the occasion of Kutchhi New Year.

The yatra is currently underway amid heavy security as over 1200 personnel of Gujarat Police, state reserve police (SRP) and paramilitary forces along with units of bomb squads, dog squads, SPG and drone team have been deployed over the 19 kilometres from Jamalpur Darwaza to Saraspur.