Those who had joined his live broadcast first could comprehend as to what had happened but then poured their tributes after his younger brother, who is a homeopath, tried to resuscitate the lawyer but to no avail. 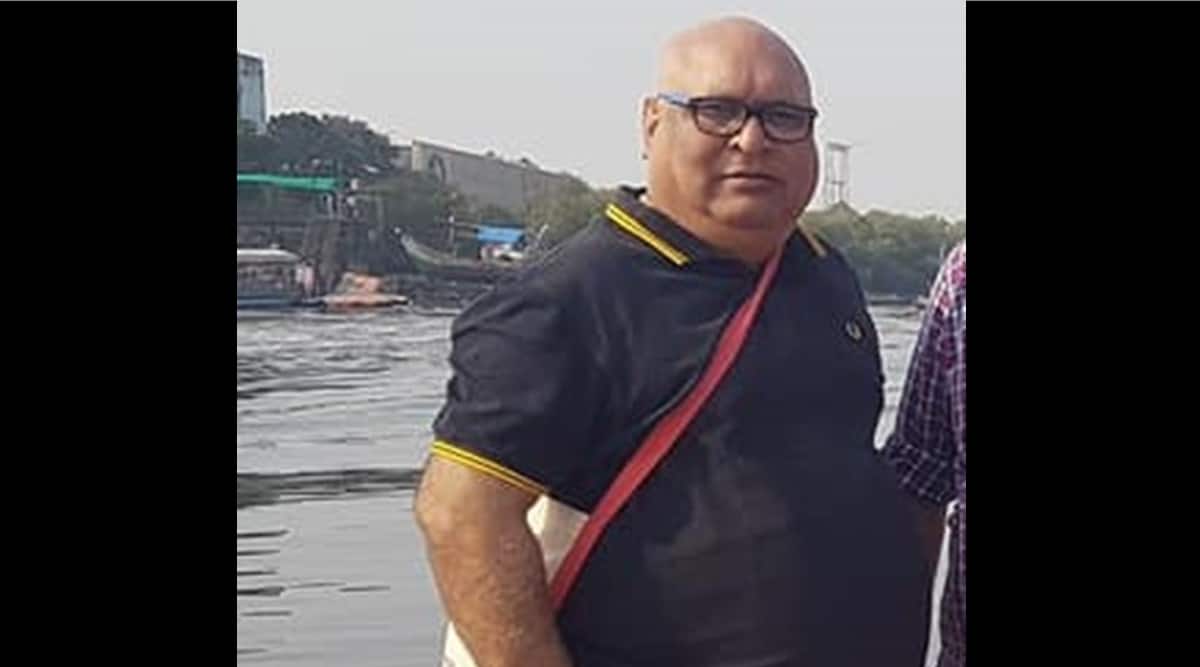 SENIOR LAWYER Atul Sanghvi, who had played a leading role in providing relief to people during the second wave of Covid-19 in the city, died after suffering a heart attack while he was live on Facebook, humming Bollywood numbers in his apartment near Race Course in Rajkot at around 12 am on Friday. Those who had joined his live broadcast first could comprehend as to what had happened but then poured their tributes after his younger brother, who is a homeopath, tried to resuscitate the lawyer but to no avail.

In the video that went viral, sexagenarian Sanghvi is seen synching with a Mohamaad Rafi Na tu jamin ke liye hain… na aasma ke liye played in the background. While listening to the song and scrolling up and down details on the screen of his phone, Sanghvi’s eyes start turning upward and he starts breathing heavily. His engineer son Vishal is then seen entering the room, asking his father what is the matter, but Sanghvi falls from his chair, gasping. The son is then heard shouting for his mother while switching off the music.

“I had noted that he was live on Facebook. Assuming that as is his habit, he would not go to bed before 2 am, I retired for the day. However, hardly 15 minutes had passed when I received a call from my bhabhi (Atul Sanghvi’s wife), informing me that my brother had fallen down from his chair. I reached their apartment within five minutes but by that time he had a cardiac arrest. I tried to give him CPR (cardiopulmonary resuscitation) and adrenaline and everything but it was to no avail,” Sanghvi’s younger brother Dr Kalpit Sanghvi, a homeopath who lives in a neighbouring society told The Indian Express.

Dr Kalpit said that though his advocate brother was an obese, he had no other serious illness. “He was hale and hearty. If you see the video, you will not find a single sign of stress or discomfort. But he was obese and had sleep apnoea. He died within five seven seconds,” the younger brother further said.

Sanghvi, who was panel advocate for a number of banks, was known for his jovial nature. He was at the forefront of providing relief to people during the second wave of Covid-19 in the city in March-May.

“For the last one-and-a-half-year, he eagerly reached out to those in need due to Covid-19 related emergencies. He also supported initiatives related to traffic management of Rajkot city police. He had gone to Jamnagar on Thursday in connection with a case and returned home in the evening. He had a habit of going live on Facebook and singing four-five songs before going to bed. But today, he suffered a heart attack before he could complete his routine,” Tarun Kothari, cousin brother of Sanghvi, and an advocate himself said.

Rajkot Bar Association (RBA) also paid him tribute. “Through Bolbala Trust, Sanghvi reached out to thousands. He would keep an eye on the kitchen and store of Bolbala and ensure that the store-room remained well-stocked and that the kitchen kept running so that those in need get free cooked meals. He had a lively and engaging personality. In his passing, the Rajkot Bar Association has lost a senior member and a good human being,” RBA president Bakul Rajani said.

Dr Kalpit said that his brother used to keep his phone on round the clock. “It was nothing new for him to get into his car and arrange for an oxygen cylinder even if he received a call making such a request at 2 am. We used to advise him to be careful and used to warn that he might catch Covid-19. But he would retort to us, saying,” Nothing will happen to me. Once I have to go, I’ll go suddenly,” said the younger brother.

Sanghvi’s elder son is a doctor in Ahmedabad.