A case was filed at Rajkot taluka police station against Sama with taluka police inspector JV Dhola assigned the investigation in the case. Dhola said that 31-year-old Sama had no criminal antecedents and had received primary education. 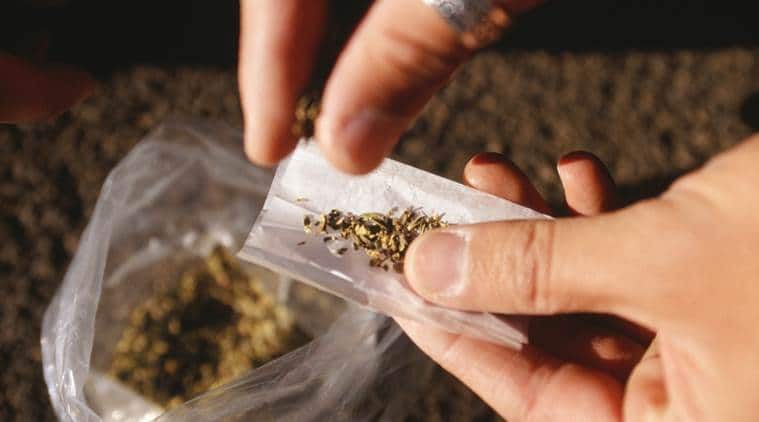 With public parks either closed or witnessing a few visitors due to the coronavirus outbreak, an amusement ride owner – who was not getting any business in recent months – tried his hand at selling marijuana, but was caught by police with over 57 kilogrammes of the banned substance while transporting the consignment from Surat on Sunday.

Acting on a tip-off, a team of Special Operations Group (SOG) of Rajkot city police intercepted a car near Pradyuman Green City on Kalavad road of the city around 1 am on Sunday. The driver of the car identified himself as Taushif Sama (31), a resident of Avas Yojana behind Rani Tower on Kalavad Road. Upon checking the vehicle, police found a sack containing 57.20 kg of marijuana on its rear seat. The consignment has an estimated market value of Rs 3.43 lakh, police said.

“Tausif earns his living by operating a merry-go-round ride for children. During primary interrogation, he told us that he had purchased the marijuana consignment from his friend Sargaraz in Surat,” said SOG police sub-inspector MS Ansari.

A case was filed at Rajkot taluka police station against Sama with taluka police inspector JV Dhola assigned the investigation in the case. Dhola said that 31-year-old Sama had no criminal antecedents and had received primary education.

“He told us he had not got any business over the last three-four months. Therefore, he thought of making some money by selling marijuana. He brought the consignment from Surat, but was caught by the Rajkot city SOG,” Dhola told The Indian Express.

Public parks are either closed or are witnessing very few visitors due to the ongoing Covid-19 pandemic, with those in the amusement business being affected adversely. On July 3, a local folk singer was caught by the SOG with 16 kg of marijuana. The folk singer, Manishdan Badani (32), had also told police that he had taken to selling the banned substance as he had not gotten any contracts for performances due to the Covid-induced lockdown.

“We have seized the car in which Sama was transporting the marijuana and are in the process of establishing its ownership. We have also sent the accused for Covid-19 testing and if he tests negative, we shall arrest him,” Dhola further said.

SOG officers said that almost all major marijuana consignments that they have been intercepting lately have Surat origins. “This marijuana is landing in Surat from Odisha through a network of couriers and from there, it is sent to various parts of Gujarat,” a police officer said.

The Rajkot SOG has infiltrated the supply network operating from Surat and been able to intercept around a dozen consignments so far this year, the officer added.