In the Punjab University (PU) syndicate meeting scheduled for Saturday, members are set to discuss the formulation of a consolidated policy on sexual harassment on campus. 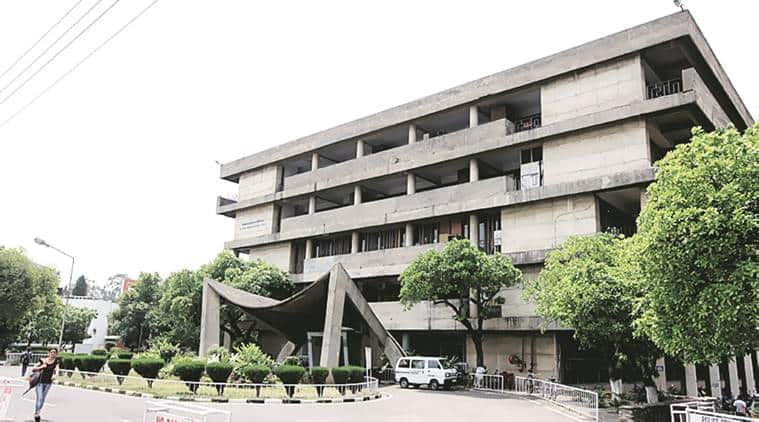 In the Punjab University (PU) syndicate meeting scheduled for Saturday, members are set to discuss the formulation of a consolidated policy on sexual harassment on campus.

This agenda for the apex governing body of the varsity comes in light of many discrepancies in PU’s implementation of the Act, including limited awareness on the existence of the PU Committee Against Sexual Harassment and its functions in the student body, besides the lack of adequate infrastructure for PUCASH members to carry out their procedural activities, and the non-circulation of an internal policy amongst all the stakeholders in the city.

Although the university had claimed that an internal policy in accordance with the Sexual Harassment of Women in the Workplace Act, 2013, already exists, the notes from a meeting conducted in May 2018 regarding the provisions of the Act which will now be discussed as part of the agenda of the syndicate, expresses a consensus that the university needs to form a comprehensive policy.

The minutes of the meeting from 2018, which was carried out by a committee chaired by the Dean University Instruction Shankarji Jha and included current PUCASH Chairperson Manvinder Kaur and Professor Emeritus Pam Rajput, outlined a few recommendations regarding the implementation of the Act in the varsity.

These included, adding some tenets of the Act to amend the Sections of the Panjab University Calendar, which includes rules and regulations for the smooth administration of the university.

Apart from the committee’s recommendation that “a comprehensive policy on Sexual Harassment of Women at Workplace be framed in keeping with the Sexual Harassment of Women at Workplace Act of 2013,” the minutes of the meeting outlined the ways in which the definition of sexual harassment needs to be detailed, and the ambit of the committee’s jurisdiction be defined. It also highlights the procedural policies of PUCASH, including the maximum number of days that can be taken by the committee to examine a case.

“The point of the committee and the recommendations it made was to allow for updates in the PU calendar in accordance with the Act. Furthermore, the Act asks the workplace, which is the university in this case, to form its own list of punitive actions according to the scale of the crime.

So we wanted to add that to the calendar as well,” says Manvinder Kaur, Chairperson of PUCASH and a member of the committee whose recommendations are to be discussed in the syndicate meeting on Saturday.

However, a source from the university expressed their apprehension of the arbitrary ways in which some Sections of the 2013 Act had been lifted and made part of the meeting’s recommendations for making amendments in the calendar. “When the whole Act is applicable in all its aspects, then what is the reason for focusing on certain facets of it and making efforts to amend the calendar in that regard,” says the source, who wanted to remain anonymous.

One facet of the Act that is highlighted for amending service rules in the calendar, provides the course of action in case a complaint is found to be false or malicious by PUCASH.

Adapted from the 2013 Act, the recommendation states that “PUCASH may recommend action to be taken against a person who has made a complaint, if the committee arrives at the conclusion that the allegation against the respondent is malicious or the aggrieved woman or the person who was making the complaint has made the complaint knowing it to be false or has produced any forged or misleading document”.

The section goes on to state that any witness produced in support of this complaint is also liable to be punished. However, it leaves out certain lines from the Section of the Act which also states that a lack of evidence against the respondent will not automatically render the complainant false or malicious.

It is to fully flesh out the act and implement it. Certain provisions were missing from the service rules and these can be amended to make the implementation of the Act more efficient and fair,” says Kaur, chairperson of PUCASH.

Furthermore, the governing body will decide if Professor Nandita Singh will retain the post of Dean of International Affairs and whether Professor Deepti Gupta will continue as the Dean of Alumni Relations. A total of 27 issues are to be discussed in the meeting.