The DGP said the alleged mastermind of this smuggling racket, Darmanjit Singh, had tasked Jagjit Singh to collect and conceal the weapons consignment and wait for further instructions for the delivery of the pistols. 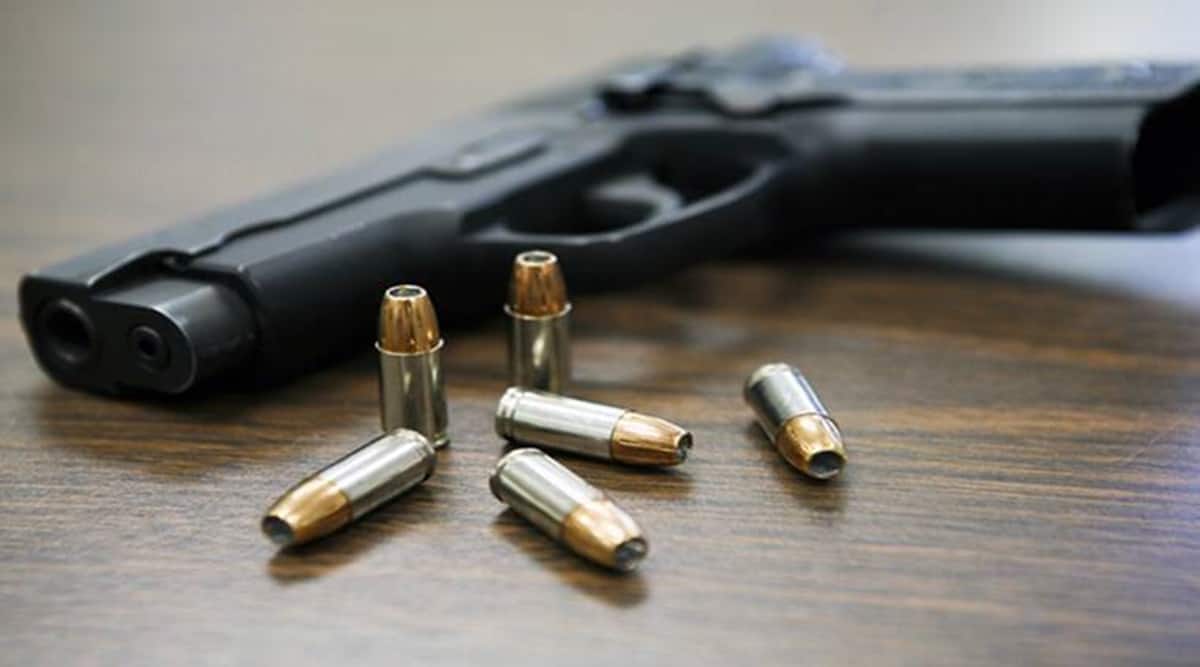 Punjab Police Friday said it has seized 48 foreign-made pistols and arrested an arms smuggler allegedly having links with Pakistan-based terrorist outfits and pro-Khalistani elements based in the US, the UK and Canada.

The arrested accused was operating on the directions of a US-based handler, Director General of Police (DGP) Dinkar Gupta said.

He said the weapons were meant for carrying out terrorist activities in various parts of the country. The DGP said Jagjit Singh alias Jaggu (25), a resident of Purian Kalan in Batala was arrested from near village Kathunangal in Amritsar on Thursday night by a team of Punjab Internal Security Wing, SSOC Amritsar.

“In an intelligence-led operation, the SSOC intercepted an i-20 car bearing registration number PB-06-AN-7016 at a specially laid police checkpost on Amritsar-Batala road,” he added.

Giving details of the weapons smuggling nexus, the DGP said preliminary investigations revealed that Jagjit Singh had been directed by Darmanjit Singh alias Darman Kahlon, a former gangster-criminal, to collect this weapon consignment. “Jagjit Singh has been in touch with Darman, currently based in the USA. During his stay in Dubai from 2017 to December 2020, Jagjit had remained in touch with Darman Kahlon who motivated him to work for him,” Gupta said.

The DGP said the alleged mastermind of this smuggling racket, Darmanjit Singh, had tasked Jagjit Singh to collect and conceal the weapons consignment and wait for further instructions for the delivery of the pistols.

He said open-ended warrants of Darmanjot Singh, a proclaimed offender in Punjab, have been obtained.

“Darmanjot Singh, who originally belonged to Talwandi Khumman village under police station Kathunangal, Amritsar, was involved in various criminal activities in Punjab before his escape to the USA in 2017 to evade arrest,” Gupta said.

“An FIR was registered on June 12, 2017 in Police Station, Civil Lines Batala and Darman (Darmanjot Singh) was declared a proclaimed offender (PO) in January, 2020 by a court in Batala in 2017,” the DGP said.

Gupta said that in 2020, during his stay in the US, Darmanjot Singh funded a criminal group with an amount of Rs 2 Lakh in Punjab to purchase illegal weapons for carrying out anti-India activities.

“Ten members of his criminal group were arrested by SSOC Amritsar and seven pistols of 32 bore were recovered from their possession. An FIR dated November 11, 2020, was registered in this case by the Police Station, SSOC Amritsar,” he said.

Gupta said an FIR under the provisions of the Unlawful Activities (Prevention) Act, and under relevant provisions of the Indian Penal Code and the Arms Act was registered at police station, State Special Operations Cell (SSOC), Amritsar, on Thursday night in connection with the case.

The Punjab Police, which has launched a relentless drive against the nefarious designs of Pakistan-sponsored terrorist elements who are trying to disturb the peace, communal harmony and destabilise the state, has busted 44 terror modules over the last four years, Gupta added.