According to the Punjab Agriculture Department, there was 26.05 lakh hectares under paddy in the state out of which around 8.34 lakh hectares was under long duration varieties this year. 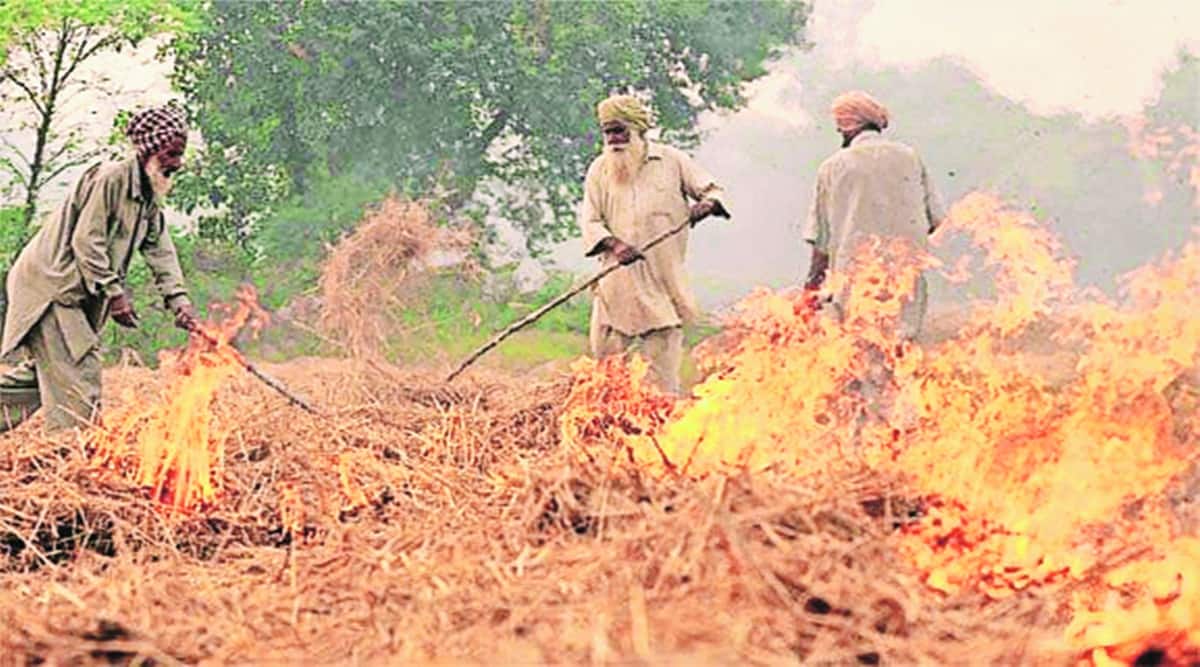 With stubble burning cases inching towards the 69,000 mark this year in Punjab, experts are blaming long-duration varieties for rising farm fires and for also taking a huge toll on the state’s ground water.

The districts where longer varieties are grown are mostly the ones where more stubble fires are reported. The long varieties provide less time to manage stubble through in-situ and ex-situ methods.
Ideally farmers need 20 to 25 days between paddy harvesting and wheat sowing to manage the stubble properly, but with the long varieties this time is reduced to 5 to 10 days.

According to the Punjab Agriculture Department, there was 26.05 lakh hectares under paddy in the state out of which around 8.34 lakh hectares was under long duration varieties this year.

The long duration varieties include mainly PUSA-44, which was developed in the year 1993 by the PUSA institute, New Delhi, Peeli Pusa and Dogar Pusa as both these varieties are locally available to farmers.

None of these three varieties are recommended by Punjab Agriculture University (PAU), which has developed half dozen short duration varieties in the past one decade.

“These are the non-descriptive varieties and we never recommend these, but farmers in several districts are not ready to leave them as they are considered high yield varieties,” said Dr Buta Singh Dhillon, Agronomist (Rice), PAU, Ludhiana, adding that these varieties are 20-25 days longer than the short varieties which means they take 5-6 extra irrigations cycles and the yield is around two quintals more per acre than the short varieties.

PUSA-44 was very popular among the farmers till a decade back and was grown in the entire state.
According to the Punjab Remote Sensing Centre (PRSC) Ludhiana, in Punjab total 68,922 stubble burning cases were recorded till November 16 out of which maximum fires were reported from the districts having a huge area under PUSA-44.

PRSC records also revealed that the fires in most of these districts began in the third week of October only when the harvesting of long varieties began as till October 22 there were only 90 stubble burning cases in Sangrur which is now at the top.

Till date, 76.6 per cent of the total stubble burning incidents have taken place in these 11 districts alone and majority of them took place after October 31.

There are few districts which go for short varieties, but still recorded high burning cases. These are Tarn Taran (4102) and Amritsar (2,138) in Majha region and Jalandhar (2,492) in Doaba region. Tarn Taran and Amritsar go for vegetable sowing in early October because of which they set fields on fire to avoid delay of vegetable sowing and Jalandhar is the hub of seed potato crop which is also sown in the October month itself.

Why are long-duration varieties to blame
PUSA -44, and Pili Pusa are 160 days and 165 days long varieties including the 30 days of nursery which is transplanted into the main field. The harvesting of these long varieties starts in October third week and continues till November first week while harvesting of short varieties starts from September and ends by October second week. Wheat sowing starts from November 1 and around 80-85 per cent sowing of wheat finished by November 20. With longer varieties, farmers get just one week to 10 days time to sow the main wheat crop in the state which is not sufficient to manage the stubble. Even on November 16, 1,757 burning cases were recorded and more than 85 per cent from these districts with long-duration varieties only.