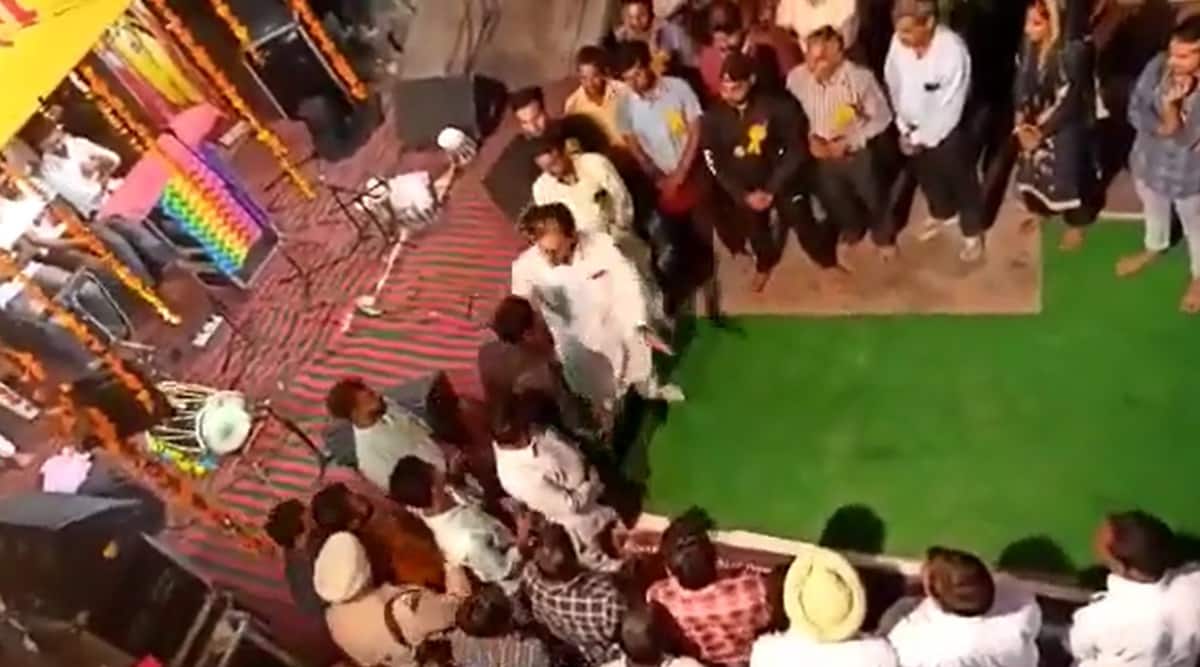 A Congress MLA, his security personnel and supporters in poll-bound Punjab were caught on video thrashing a youth, who asked what work the legislator had done for his village. Reacting sharply to the incident that took place Tuesday, the BJP termed it as the “intolerant face of the Congress”.

In the video shared widely on social media, Joginder Pal, who represents Bhoa in the Punjab Vidhan Sabha, is seen addressing a group of people in his constituency that falls in Pathankot district.

A youth, later identified as Harsh Kumar, could be heard questioning the MLA as to what work he had done during his tenure. On this, a security personnel with the legislator tries to lead the youth away from the event. Pal could be heard asking the youth to come and speak to him.

As the MLA gave him a microphone to speak, the youth asked, “Tu ki kita (what have you done?)”

Immediately, a furious Pal could be seen slapping the youth several times in the video. Two of the MLA’s security personnel and some supporters too then join the lawmaker in thrashing the youth.

Harsh Kumar later said he had just asked a question but was badly beaten up by Pal and a few others. His mother said Harsh had only asked the MLA as to what works he had done for the village and demanded justice for him.

There was no reaction from the MLA.

From the ruling Congress, Deputy Chief Minister Sukhjinder Singh Randhawa said a legislator has to serve the people and that the MLA should not have behaved in such a way.

“After Rahul Gandhi and Priyanka Vadra turned out journalists from their PCs for asking factual questions, it is turn of Joginder Singh, Congress MLA from Boha in Pathankot, to thrash a young man black and blue for just questioning him. This is the intolerant face of Congress,” said Malviya in a tweet.

Pathankot police has not registered any case. A police spokesperson said that so far no complaint has been received with regard to the incident.