While the animal rights activists have alleged that several stray dogs have been killed in the Sangvi area — some of them in a heinous manner, the Sangvi police say they are investigating the four cases in which the strays were found to have been done to death. Alleging that stray dogs are being killed in Pune’s Sangvi area with unfailing regularity, local animal rights activists have sent a complaint to the Prime Minister’s Office and the Chief Minister’s Office, urging them to direct the Pimpri-Chinchwad police to take action against the “mafia which was working overtime in the area.”

While the animal rights activists have alleged that several stray dogs have been killed in the Sangvi area — some of them in a heinous manner, the Sangvi police said they are investigating the four cases in which the strays were found to have been done to death.

Animal rights activist Deepak Kamble, in his complaint sent to PMO, CMO, police commissioner and district collector among others, said, “Several stray dogs have been killed in Sangvi area from December to May. Some of them have been found to have been killed in the most brutal manner. One stray had his eyes gouged out. A couple of them had been burnt to death after putting them in a sack. A dog was flung from a top floor of a building. A few of them were hacked to death mercilessly. Some strays have been poisoned to death. We have also found strays whose private parts were mutilated.”

Speaking to The Indian Express, Kamble said, “The killings have been most brutal. Every time, we have got a complaint about a dog being found dead, we have gone to the spot and horrified to witness the cruel manner in which the stray had been killed. Our activists have immediately brought this to the notice of the police.”

Another activist Rajashri Shirke said, “In the last six months, killings of strays has increased. Actually, it is going on in Sangvi area for a few years now. Two years back also eyes of a stray dog were found gouged out. Apparently, the dog had chased a child which angered his family…Nobody loves strays, people get angry when they spot a stray or if the stray chases them. They then resort to violence against the hapless animals. I have also six stray dogs near my house. I take care of them but people in the neighbour don’t approve of it.”

Kunal Kamat, also animal rights activist, said, “I must have come across at least 50-60 murders of strays in the last six months. When some citizens brought this to our notice, we had made them file FIRs. I think at least four FIRs were filed. In many cases, we could not file the FIR as there was no evidence available that the stray had actually been murdered.” 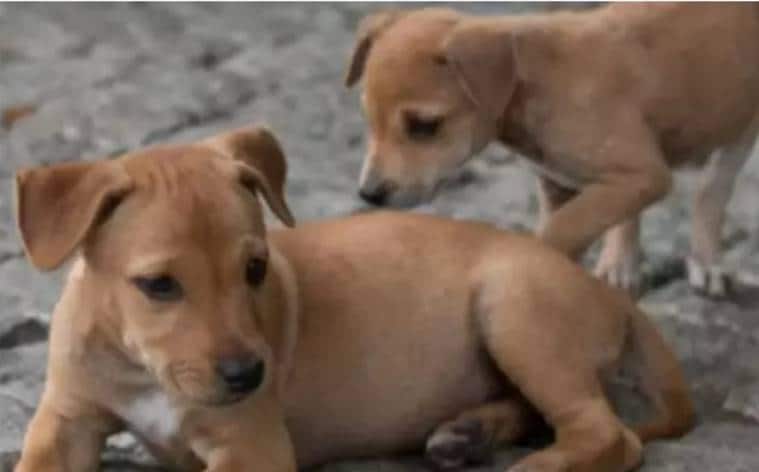 When contacted, police inspector Ajay Bhosale (crime) said, “We are investigating four cases in which stray dogs have been done to death. In two cases, poisoning was the cause of death. However, it could not be established whether someone poisoned them to death or they died out of food poisoning. In one case, a stray was found hacked to death. In another similar case, we have arrested one person in connection with a stray’s murder.” Bhosale, however, denied that several dogs have been killed in the area. “We investigate the cases whenever they are brought to our notice,” he said.

On the other hand, PCMC veterinary chief Dr Arun Dagade said, “The activists have brought some cases of strays being killed to our notice….We had alerted the police who told us that they were investigating the case. We will now officially give them a letter, requesting them to investigate the cases and inform us accordingly.”