The situation has forced even a large hospital, such as Ruby Hall Clinic, to not admit patients under this category, who need the drug. 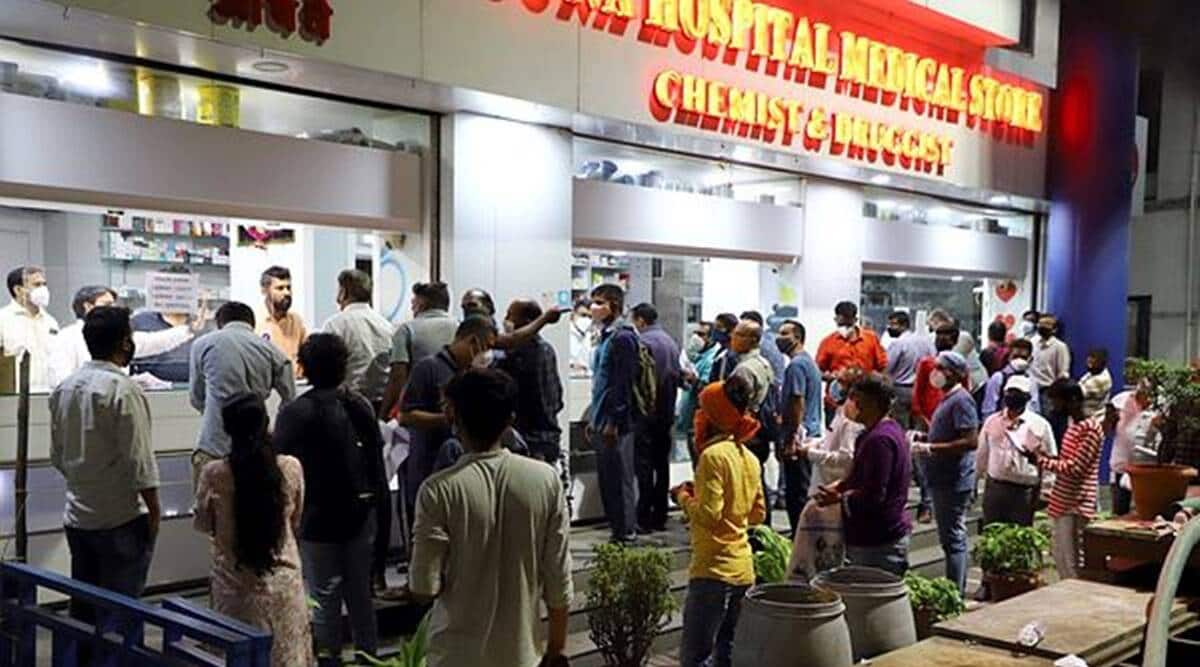 Several hospitals in the city continue to face an irregular supply of remdesivir, antiviral drug high demand and being used to treat moderately critical Covid-19 patients on oxygen support. The situation has forced even a large hospital, such as Ruby Hall Clinic, to not admit patients under this category, who need the drug.

Bomi Bhote, CEO of Ruby Hall Clinic, told The Indian Express, “How do we treat patients who require remdesivir injections when we don’t have a single vial as of today (Friday).”

Dr Avdhut Bodamwad, medical superintendent at Ruby Hall Clinic, said they were trying to stabilise patients in the emergency room, but there were some symptomatic patients whose parameters necessitated the need of this injection. “We do not have an injection as of today (Friday) at our main branch and are, hence, requesting them (patients) to seek admission elsewhere,” he said.

At Symbiosis hospital, CEO Dr Vijay Natarajan said they had a batch of 146 injections, which had to be returned after Food and Drug Administration recalled a batch of 3,120 vials. Each vial was 100 mg and a patient was initially administered two doses of 200 mg, followed by 100 mg for the next five days, he said.

He added that the total course was 600 mg and an irregular supply could affect treatment.

At Noble hospital too, executive director Dr H K Sale said they had no supply of remdesivir over the past three days. At Jehangir hospital, CEO Vinod Sawantwadkar said forecasting the gaps was important. “We cannot be in the mode of digging wells when we feel thirsty. Resource management has become a challenge, remdesivir to tocilizumab and oxygen supply,” he said, adding that they too were facing irregular supply.

Dr Sanjay Patil, chairperson of Indian Medical Association’s Hospital Board of India, Pune Chapter, said the distribution process criteria for these drugs was not defined properly. “If one hospital gets the supply for a day or two, for the next few days that hospital is unsure when they would get the next round,” Dr Patil said.

Poona Doctors’ Association on Friday also demanded a regular and consistent supply of the drug. Dr Sambhaji Mangde and others raised the issue of oxygen supply.

5,000 vials received, will be allocated: FDA

Food and Drug Administration (FDA) has said it had received 5,000 vials of remdesivir and would allocate the same to hospitals. S V Pratappawar, assistant commissioner, FDA, said they had recalled a batch of 3,120 injections from 155 hospitals in Pune district on Thursday. “We received some reports of reactions like chills in some 100 patients administered an injection from this batch. This batch was recalled and, while all patients have been stabilised, we are still taking feedback. However, we have received another stock from Cipla pharmaceuticals, which will be allocated,” he said.