Whales are a protected species under Schedule 2 of the Wildlife Protection Act and possession or trade of any of its by-products, including Ambergris, is illegal. 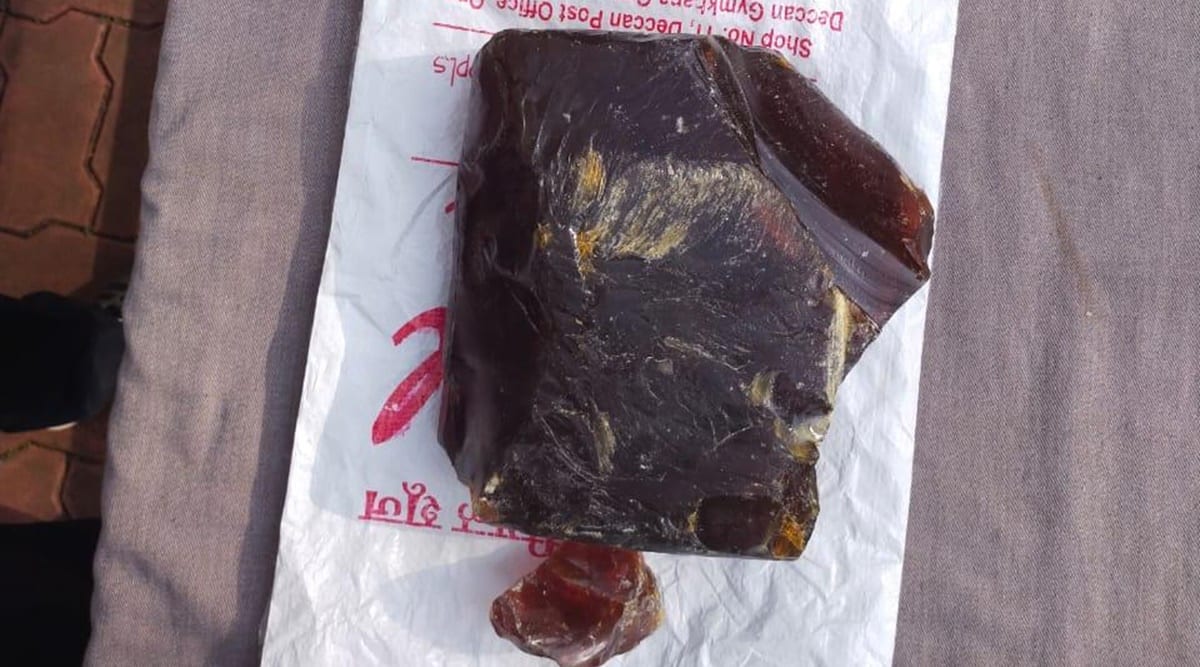 The Pune unit of the state Forest Department on Saturday arrested a gang of six persons for allegedly smuggling Ambergris, which is popularly known as ‘whale vomit’. It is a waxy substance that originates from the digestive system of Sperm Whales. The rare item is extremely expensive and is used for making high-end perfumes.

Whales are a protected species under Schedule 2 of the Wildlife Protection Act and possession or trade of any of its by-products, including Ambergris, is illegal.

Rahul Patil, deputy conservator of forest (DCF), Pune said, “We have been working on this case for the last one month. On receiving information that some persons were trying to sell Ambergris, we sent a decoy customer to meet the suspects. After confirmation, a Forest Department team laid a trap and arrested the six from Purna Nagar in Pimpri-Chinchwad,” he said.

During searches, three kg of Ambergris was recovered from the accused.

“Ambergis is mainly used for making perfumes. Trade and sale of Ambergis is banned in nearly 40 countries. The accused said they procured the seized Ambergris from some place in Karnataka. They were looking for a customer to sell it. We will produce the accused before the court on Sunday. Further investigation is on. This is the first such action by the Forest Department, Pune,” added Patil.

Last month, the Kerala Forest Department had arrested three persons at Chettuva in Thrissur district after they were found to be in possession of 19 kg of Ambergris, estimated to cost Rs 30 crore.