Mandai was constructed during British Era in 1882. The British had named it Lord Reay Market after the Governor of Bombay who had inaugurated it. 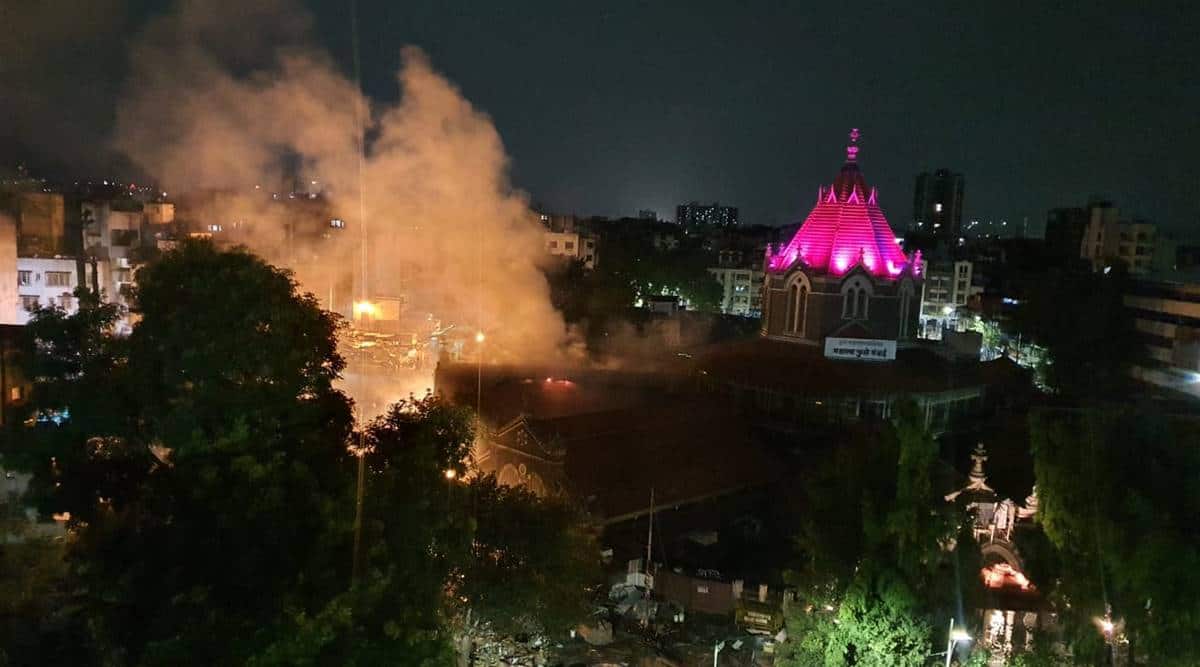 A fire was reported at the Mahatma Phule Mandai, the 138-year-old iconic vegetable market in the old city area, in the early hours of Friday.

Officials with Pune Fire Brigade said that their control room received a call regarding the fire around 12.30 am. A fire tender was immediately dispatched from Kasba Fire Station which only a few hundred metres away.

“Old wooden structure on the eastern side of Mandai had caught fire. As the fire was big and was spreading fast due to the wooden structure, more fire tenders, water tankers and a Devdoot vehicle were pressed into service,” said Fire Officer Pradeep Bedekar.

“We brought the situation under control within 20 minutes. Then the cooling operation was carried out. No casualties were reported. But some compartments in the Mandai were damaged due to fire. Prima-facie, we suspect the fire was caused due to a electrical short circuit,” Bedekar added.

Fire officials said there was no crowd at the spot due to the midnight hours. The area is heavily crowded in the daytime.

Mandai was constructed during British Era in 1882. The British had named it Lord Reay Market after the Governor of Bombay who had inaugurated it. The market is still operational as a retail hub with over 500 stalls of vegetables and fruits.