The minister said he will discuss the issue with senior party leaders so as to take it up with the state government. 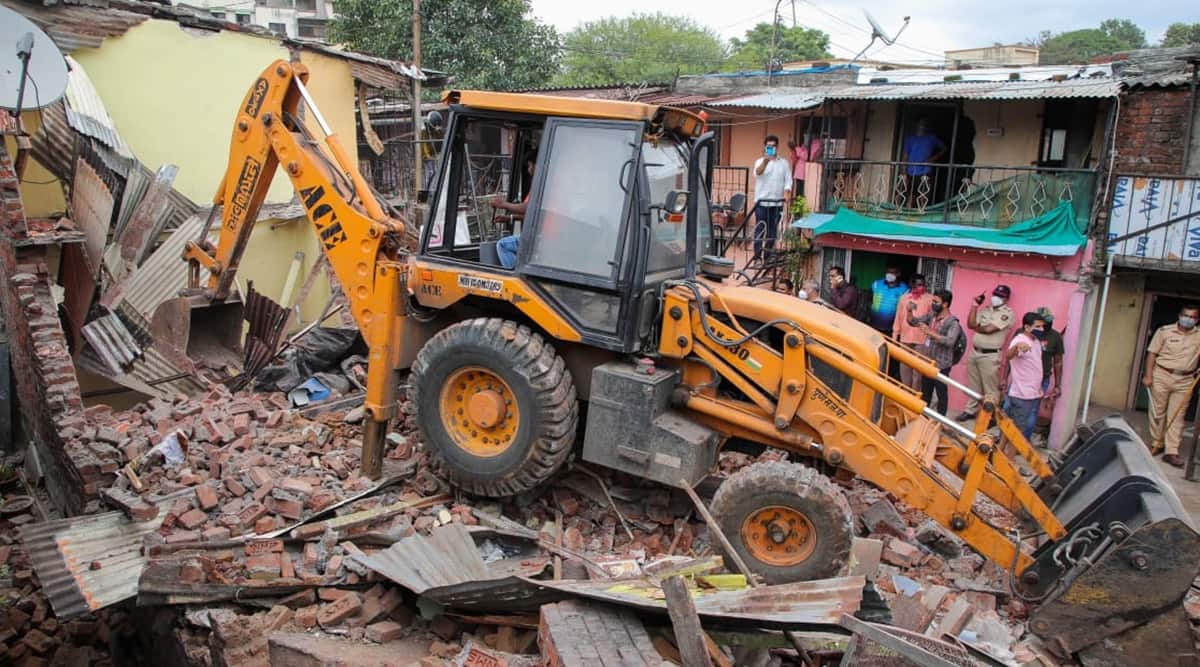 Slamming the ruling BJP in the Pune Municipal Corporation (PMC) for the anti-encroachment drive at Ambil Odha, Congress leader and state minister Nitin Raut on Tuesday said his party will seek an inquiry into the demolition of shanties in the area. “The action was taken by PMC and the BJP is ruling in PMC so they are responsible for the anti-encroachment drive undertaken by the civic administration,” Raut said.

He claimed that no representative of the ruling BJP had visited the location. “The mayor should have gone and stopped the action when it was going on…,” said Raut. The minister said it was wrong to conduct an anti-encroachment drive in monsoon and unacceptable to do so during a pandemic situation, when the poor were already struggling to earn their livelihood. He demanded an inquiry into the role of the builder who had served notices to the slum-dwellers. “The women residents were treated badly by those executing the anti-encroachment drive,” claimed Raut.

A total of 130 huts alongside Ambil Odha were demolished by the civic administration last week, citing the need to remove encroachments from near the stream, which often led to flooding. The drive was suspended after a local court issued a stay to it and the state government also ordered immediate stoppage of the action.

The PMC has provided temporary accommodation to residents who have lost their houses in the anti-encroachment drive.

Meanwhile, the ruling BJP has claimed that it was not taken into confidence by the civic administration before the drive as it was done under pressure from the deputy chief minister.

NCP MP Supriya Sule visited the affected residents on Monday after they held a protest outside the civic headquarters. She had urged them to join her in discussing the issue with the municipal commissioner and district collector but the protestors refused to do so.