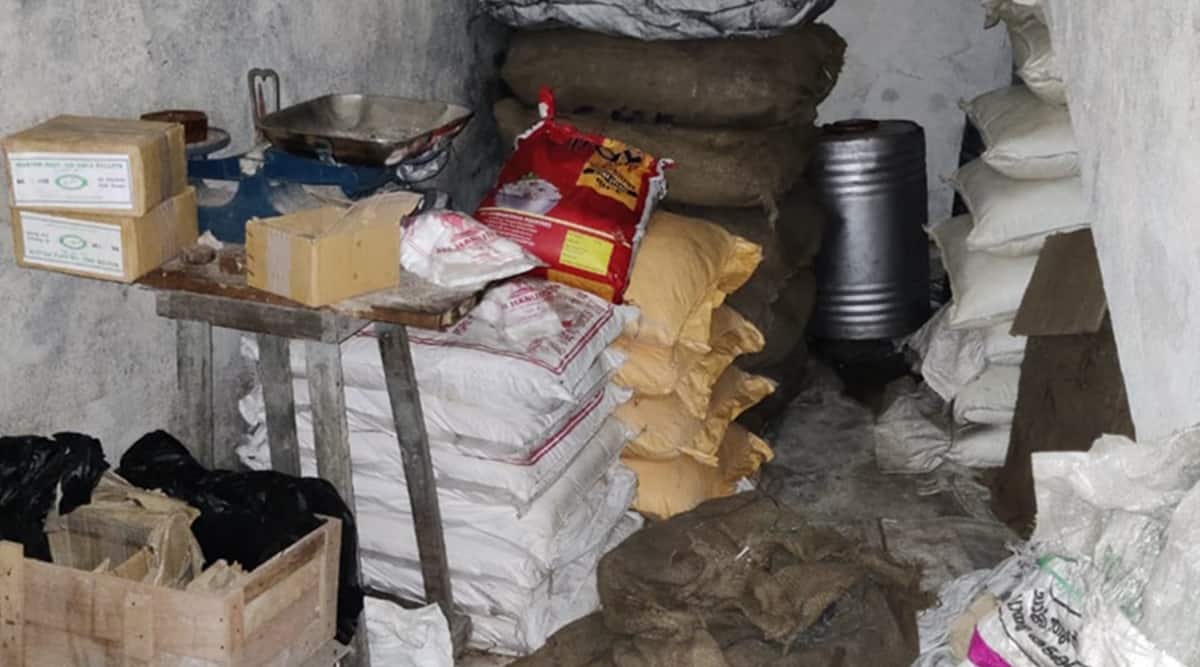 Investigation into the death of a dog which was shot led to the seizure of a massive load of explosives in Karnataka’s Dakshina Kannada district Monday. Police seized 1,400 kg of explosive substances stored illegally inside a building in Mangaluru city.

The accused, Anand Gatty (50), was arrested and produced before a court which remanded him in police custody. Police have recovered 400 kg of white sulphur powder, 350 kg of potassium nitrate, 50 kg of barium nitrate, 395 kg of potassium chlorite, 260 kg of aluminium powder of different grades, 161 boxes of 100 air pistol pellets each (.22 bore), 30 kg of lead balls and 240 kg of charcoal from the spot. 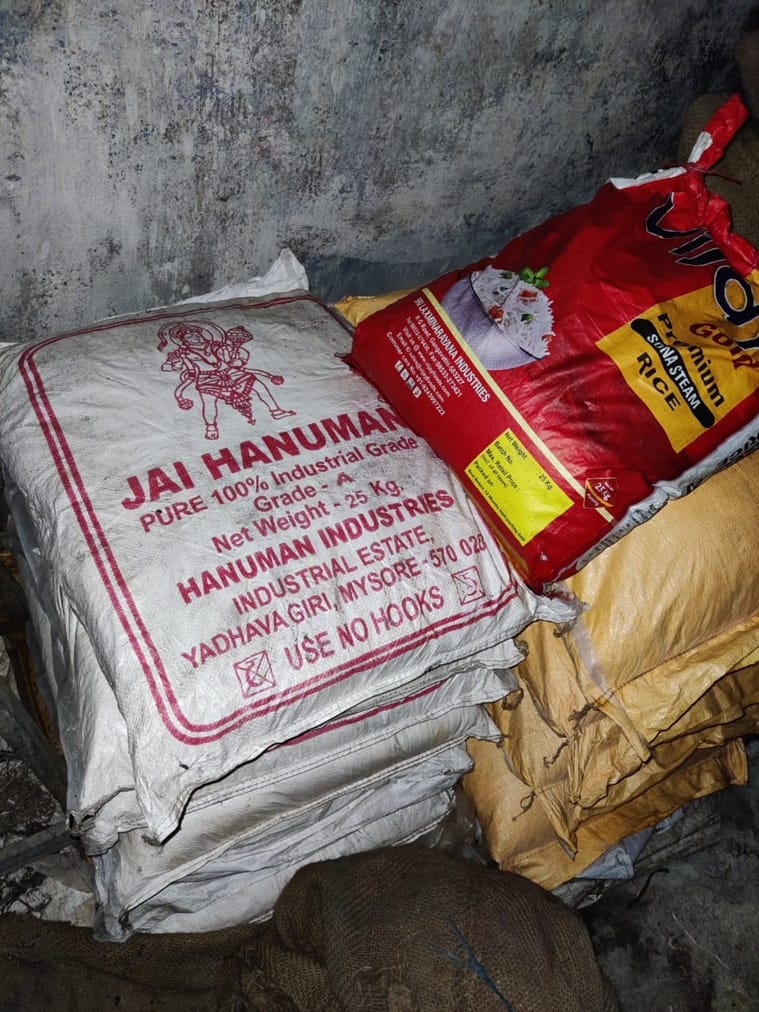 A healthy male dog had been shot dead in the first week of July at Shivbagh New Road in Mangaluru. Investigating the incident, police found out that a .22 bore pellet had hit the animal. After eight arms licence dealers in the district told police that they did not stock such pellets, police sought public help to crack the case.

Based on a tip-off, they raided Anand’s property and found the huge stash of explosive substances stored in a building which was located in a residential area. Gatty is a licensed arms dealer who has been in the business for years, said a police officer. 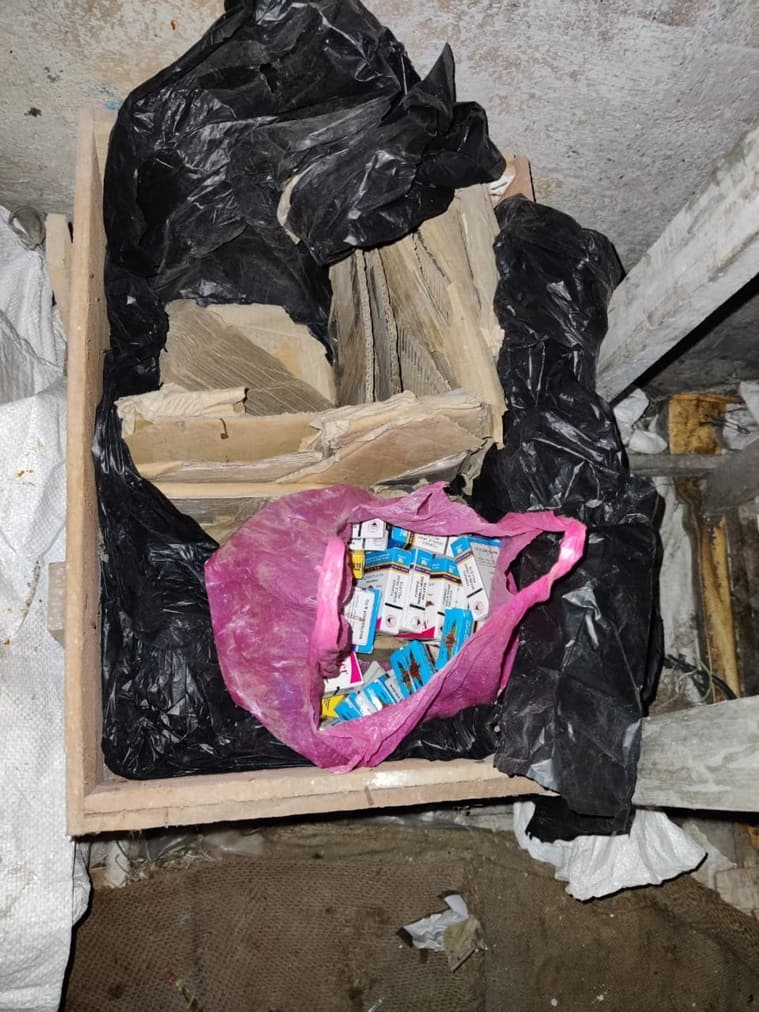 Deputy Commissioner of Police (DCP) Hariram Shankar said he would not be able to divulge further information as the probe is underway.

Even though the canine’s death led them to the seizure, police said they had been keeping an eye out for arms and explosives dealers after several people were killed in explosions at quarries in Chikkaballapura and Shivamogga earlier this year.

A senior police officer said they will have to remain vigilant as Dakshina Kannada district is also a Naxal-prone area. The recovered substances are generally used in the cracker industry and in fishing, quarries and wells.

City police commissioner N Shashi Kumar said unhindered access to illegal substances could increase the chances that they are misused.