PM Modi has accepted an invitation to come to Bengaluru in December to inaugurate various projects in the city and participate in a few events, said Karnataka Chief Minister Basavaraj Bommai. 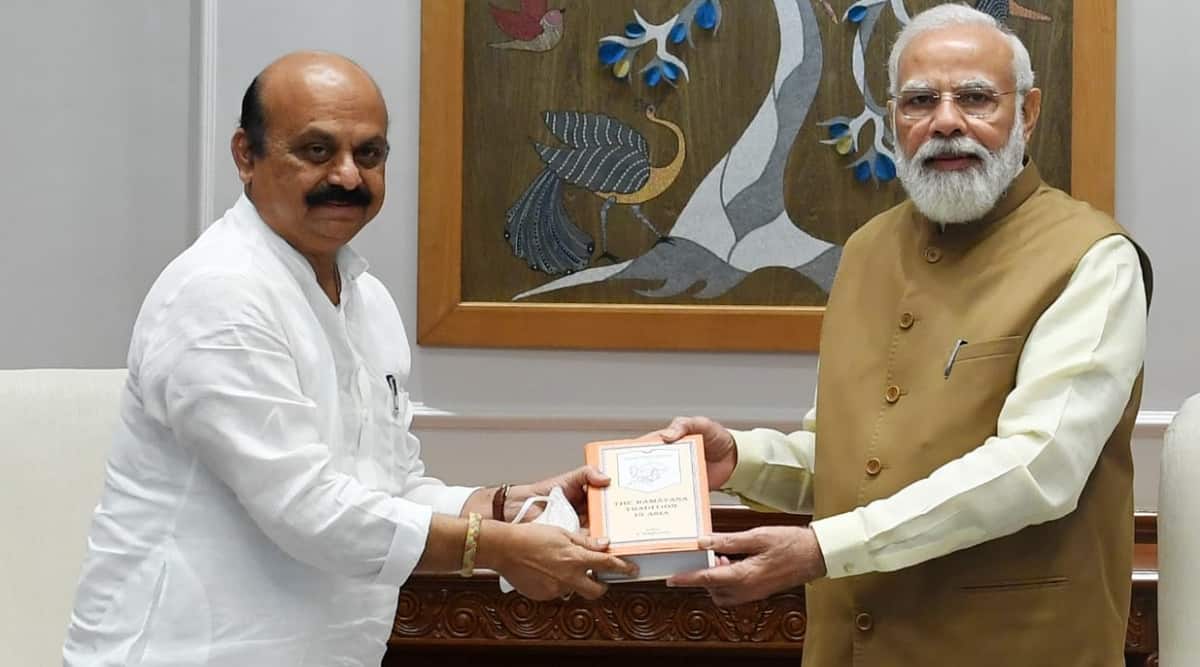 Karnataka Chief Minister Basavaraj Bommai met Prime minister Narendra Modi and BJP National president JP Nadda in Delhi on Thursday and discussed various issues concerning the state. As opposition Congress alleges the involvement of BJP leaders in a bitcoin scam in Karnataka, Bommai said that the issue did not feature in the meeting with Modi.

“Nothing on the alleged bitcoin scam was discussed. When I tried to tell him about the issue, he just said no need to worry about such allegations,” Bommai said.

PM Modi, Bommai said, has accepted an invitation to come to Bengaluru in December to inaugurate various projects in the city and participate in a few events. “I have invited the prime minister to lay the foundation stone of the Bengaluru suburban railway project and to participate in an event in Dr B R Ambedkar School of Economics along with the inauguration of various Bengaluru-related projects. He has also appreciated my work as chief minister in the last 100 days,” Bommai said.

When asked about the meeting with Nadda and Home minister Amit Shah, Bommai said that on Wednesday night he met them and discussed developmental issues and state politics. “Right now they are busy with Uttar Pradesh election-related work. But both of them advised me to work hard to win the maximum number of seats in the coming legislative council polls,” he said.

Nadda has assured that he would come to Karnataka soon and hold meetings with state leaders to strengthen the party in the state, said Bommai.

There have been reports about the alleged involvement of politicians in a cryptocurrency scam after the police seized bitcoins worth Rs 9 crore from a Bengaluru-based computer hacker Srikrishna Ramesh alias Sriki, who is accused of hacking government portals, using the darknet to source drugs and using cryptocurrency to pay online while sourcing drugs.

In the last few days, bitcoin cases hit the headlines again after Congress claimed that the police were going easy on Srikrishna and his associates. The opposition party alleged that some state BJP leaders had profited from the hacker’s cryptocurrency access.