While some milk dairies claim they have submitted the buyback plans to the government and the Maharashtra Pollution Control Board (MPCB), the MPCB says it is awaiting government approval to proceed with collection and recycling. 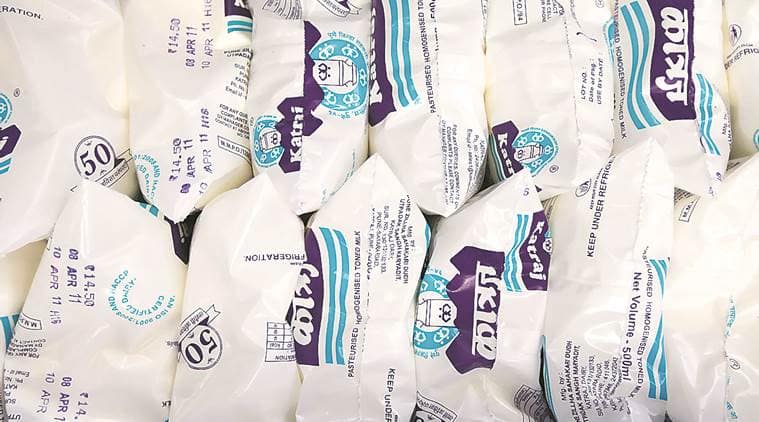 More than a year after the state government included milk pouches under the plastic ban regulation, most milk dairies in the state are yet to collect and recycle the pouches. While some milk dairies claim they have submitted the buyback plans to the government and the Maharashtra Pollution Control Board (MPCB), the MPCB says it is awaiting government approval to proceed with collection and recycling.

According to the plastic ban notification issued by the Environment Department on March 23 last year, milk dairies are supposed to use plastic bags not less than 50 microns in thickness to pack milk. They should also print a buyback price of not less than Rs 0.50 per pouch and develop a buyback mechanism for collecting and recycling these pouches.

An MPCB official said dairies were expected to set up the mechanism by July 11. “But the government granted extensions following opposition from milk dairies. Some milk dairies have now submitted their plans but they are yet to be approved by the state,” added the official.

Dattatray Ghanekar, executive director of the Kolhapur District Cooperative Milk Producers Association, known for its ‘Gokul’ milk brand, said they have roped in an NGO, Avani, for collecting and recycling milk pouches. “The NGO will collect and process the milk pouches in their processing units. We have also discussed the plan with retailers and dealers. We will soon make an agreement with the NGO,” said Ghankear.

However, Prakash Kutwal of Kutwal Foods Pvt Ltd, which sells the Urja milk brand, said they have prepared and submitted their buyback mechanism to the government and MPCB for their approval. “We have also started printing the buyback price on the milk pouches but have been receiving negligible response from customers. The government needs to create more awareness among people about the recycling value,” said Kutwal.