Speaking to reporters in Hospet, Sri Basava Swami said “RSS is a caste-based organisation” and has no “liberal-minded” leaders. 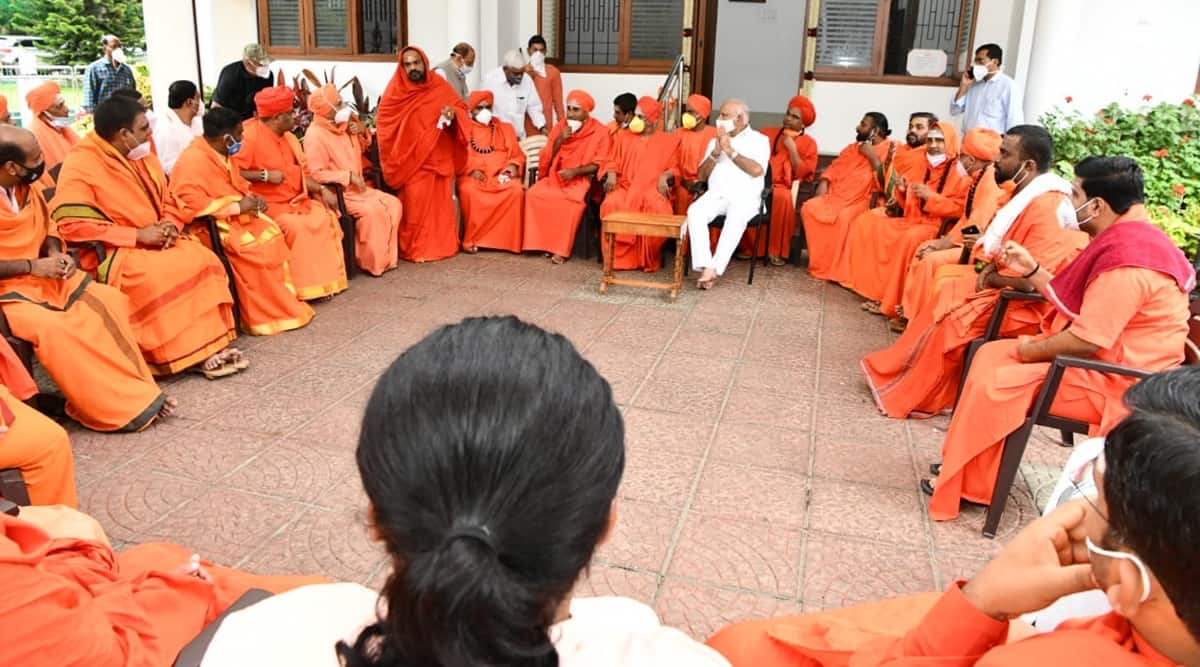 Speaking to reporters in Hospet, Sri Basava Swami said “RSS is a caste-based organisation” and has no “liberal-minded” leaders.

“We know what happened in Maharashtra. Millions of Maratha youth worked hard and brought the BJP to power. But RSS leaders made Devendra Fadnavis, a Brahmin, the CM of Maharashtra. Then the party lost the sympathy of the Maratha community and was defeated. There are reports that RSS wants to replace Yediyurappa with Pralhad Joshi, the Union minister for mines. But that will not work. If the BJP replaces Yediyurappa, it will have to lose its existence in Karnataka. This will only benefit the Congress or JD(S),” the seer said.

Meanwhile, a delegation of several Lingayat seers and other religious leaders, led by Sri Siddalinga Swami of Siddaganga Mutt in Tumkur, met Yediyurappa at his official residence, urging him to complete his term as chief minister.

On Tuesday too, seers from various mutts in the state, and even senior Congress leaders from the Lingayat community, had expressed support for the beleaguered Yediyurappa. Amid the turmoil, the CM Wednesday tweeted, “I am privileged to be a loyal worker of BJP. It is my utmost honour to serve the party with highest standards of ethics & behaviour. I urge everyone to act in accordance with party ethics & not indulge in protests/indiscipline that is disrespectful & embarrassing for the party.”

After the meeting, Siddalinga Swamy asked the BJP central leadership not to remove Yediyurappa from the CM post.
“In difficult times like the Covid-19 pandemic, Yediyurappa is doing good work. In these times of difficulty, the news about leadership change is not necessary. We want him to continue till the next Assembly elections due in April 2023,” Siddalinga Swamy said reporters in Bengaluru.

When asked about the involvement of seers in politics, Siddalinga Swamy said “We are not involved in politics, we seers are only concerned about the future of the state. When Yediyurappa is doing good work, we are here to give our support and our only request is that he complete his term. All political parties are important to us.”

After Siddalinga Swamy’s response to the media, some seers who had accompanied him shouted slogans supporting Yediyurappa.

However, even as he is receiving support from various quarters, the opposition to him continuing as CM is also coming from within his community, from leaders like BJP MLAs Basanagouda Patil Yatnal and Arvind Bellad.

The Lingayats are a dominant community that make up nearly 17 per cent of Karnataka’s six-crore population. The community can determine the outcome of polls in as many as 90-100 of the state’s 224 assembly constituencies.