The baby boy was neither crying nor looked in distress when he was found, the police said, adding that he lay there unattended to for at least two days. 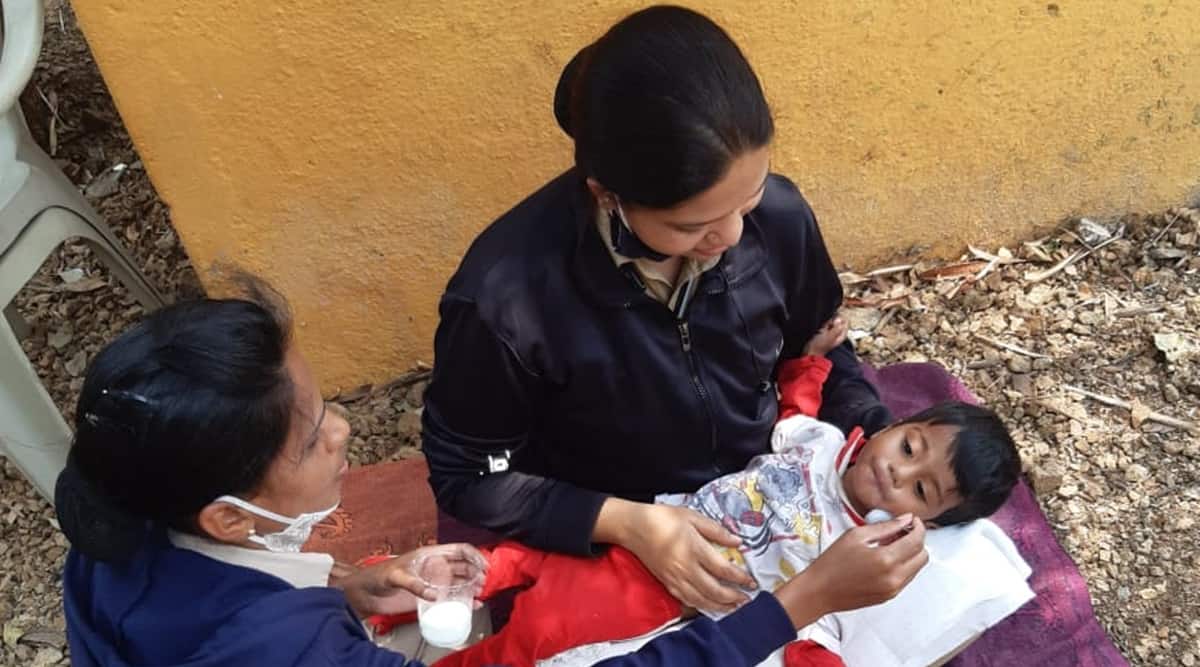 A 29-year-old woman from Uttar Pradesh was found dead in her chawl room in Bhosari area of Pimpri-Chinchwad on Monday, and her child, less than a year old, was found lying beside the body. The police suspects the woman died by suicide.

The baby boy was neither crying nor looked in distress when he was found, the police said, adding that he lay there unattended to for at least two days.

The deceased, identified as Saraswati Rajesh Kumar, was living with her baby while her husband had gone to their native place in Uttar Pradesh for some personal work.

“We found some pills next to her body. We suspect the woman died by suicide by consuming the pills. The body has been sent for post-mortem to YCM hospital. The viscera has been preserved… the cause of death is not known so far,” said Police Inspector Prakash Jadhav of Dighi police station. “Her husband has been contacted. He will reach  anytime,” he added.

Though the body was found on Monday, the police suspects the woman might have been lying there for at least two days. “When the neighbours complained of a smell emanating from the room, we broke open the door and found the woman lying motionless and her baby beside her,” PI Jadhav said.

The police said the family lived on rent. The owners of the chawl live a little distance away. The owners had not visited the place as their family members had tested positive of Covid-19. The neighbours also did not suspect anything amiss until a smell started emanating from the room. “The neighbours apparently had no clue as the baby did not cry… The room otherwise remains shut through the day, so no one bothered to check on them,” the police said.

The police was stunned to find the baby neither crying nor desperate for food. “The baby was lying silently. We think it was in the same position since its mother died two days ago. The baby survived two days without being fed anything,” he said.

The baby was then taken to a local hospital, where he was made to take a Covid-19 test among other procedures. The test was negative.

Constables Sushila Gabhale and Rekha Waze fed the child milk and biscuits. “They took care of the child the entire day. After that, we shifted him to a nearby creche, in Dighi area,” said Jadhav.