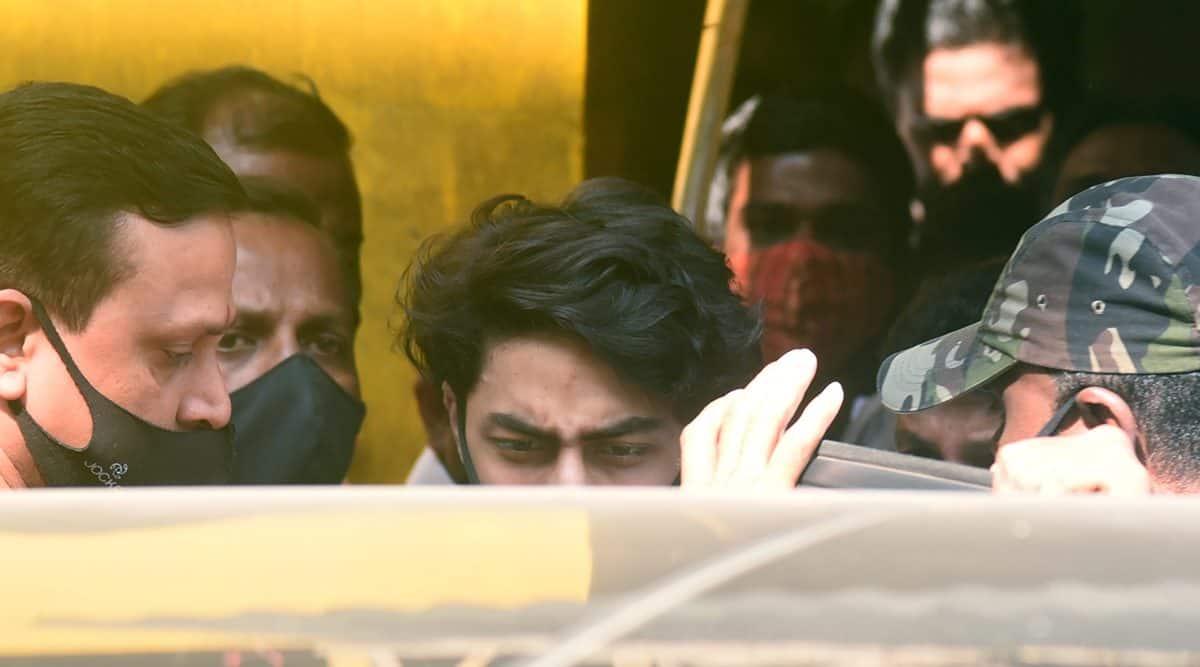 In its detailed order granting bail to 22-year-old Aachit Kumar, arrested in the cruise ship drug raid case by the Narcotics Control Bureau (NCB), a special court has said that merely on the basis of WhatsApp chats, it cannot be gathered that he was a supplier to Aryan Khan and his friend Arbaaz Merchant.

“…it is pertinent to note that though respondent (NCB) claimed that applicant (Kumar) is a supplier, respondent failed to bring on record specific evidence to show that applicant is dealing in the business of supplying the contraband. Except WhatsApp chats with accused no. 1 (Khan), there is no other evidence to show that the applicant was indulging in such activity. Merely on the basis of WhatsApp chats, it cannot be gathered that applicant used to supply contraband to accused nos. 1 & 2 (Merchant), especially when the accused no. 1, with whom there are WhatsApp chats of (the) applicant, is granted bail by Hon’ble High Court,” the special court said in its order made available on Sunday.

In his detailed orders on the bail pleas of five of the nine accused — Kumar and four linked to an event management company — the judge said that there is no evidence to prove that they were part of a conspiracy. Earlier, while rejecting bails to Aryan, Merchant and Dhamecha on October 20, the special court had agreed with the NCB’s contention that the accused were linked by a “common thread”.

The NCB had arrested Kumar, allegedly with 2.6 grams of ganja, claiming that it had found WhatsApp chats from Khan’s phone. It claimed that Kumar was a ‘peddler’ and part of the ‘ganja trafficking network’ in the city. His lawyer had argued that these allegations would have massive ramifications on the 22-year-old student’s career, when there is nothing to corroborate such claims. The special court said that while the NCB had said that the aspect of conspiracy would be considered at the time of the trial, the agency needs to prima facie show if there is a case of conspiracy and abetment.

“So far as allegations of conspiracy are concerned, accused no. 1 & 2 with whom present applicant allegedly acted in conspiracy is granted bail by Hon’ble High Court. Hence Section 29 (conspiracy) cannot be said to be applicable to the present applicant,” the court said, adding that Kumar was entitled for bail on grounds of parity with the other two.

Granting bail to the four linked to the event management company, Caneplus Trading Pvt Ltd, which had organised live shows on Cordelia cruise, the court said that nothing was placed on record to show that they had financed or harboured offenders on the ship. It noted that no one from the Cordelia cruise team and sponsors were made accused in the case. Samir Sehgal and Gopalji Anand, Delhi residents and directors of the event management company, and employees Manav Singhal and Bhaskar Arora were accused in the case.

“…it can be gathered that the applicant’s company was only involved in conducting live entertainment shows and live music shows on the Cruise and did not have authority to either regulate entry on board or assign the rooms. It can be gathered that they had no control over the Cruise and the passengers therein. Therefore, the applicant cannot be directly said to be connected with the co-accused or with the recovery made at the instance of the co-accused. It is pertinent to note that no one from the Cordelia team and sponsors were made accused in the case,” the court said.

While opposing bail to the four linked to the event management company, the NCB had claimed that they were aware of the passengers and the nature of the ‘rave party’ that was to be allegedly held on the cruise. The four had argued that they were not linked to ticketing or entry into the cruise and were only concerned with organising a few events on the cruise. The court said that there was no evidence of section 29 (conspiracy) or 27A (financing illicit trafficking and harbouring of offenders) of the NDPS Act against them hence they were not applicable. While the accused had all raised issues of illegal detention, the court said that it was not getting into the aspect as they were otherwise also entitled for bail.

The NCB had claimed that it had received secret information regarding an alleged rave party on the cruise ship where drugs were to be used and distributed. It had detained a few persons including Aryan Khan before they boarded the cruise ship on October 2. The ship had then sailed for its two-day journey into the Arabian Sea and returned on October 4. The four men of the event management company and two passengers, Avin Sahu and Manish Rajgariya, were arrested when the ship returned. Sahu and Rajgariya were the first to be granted bail in the case by the special court last week.

Of the 20 arrested, 14 including those who were allegedly found with intermediate quantities of drugs, have been granted bail so far. Kumar and the four linked to the event management company were released from jail on Saturday, while Dhamecha and Merchant were released on Sunday.