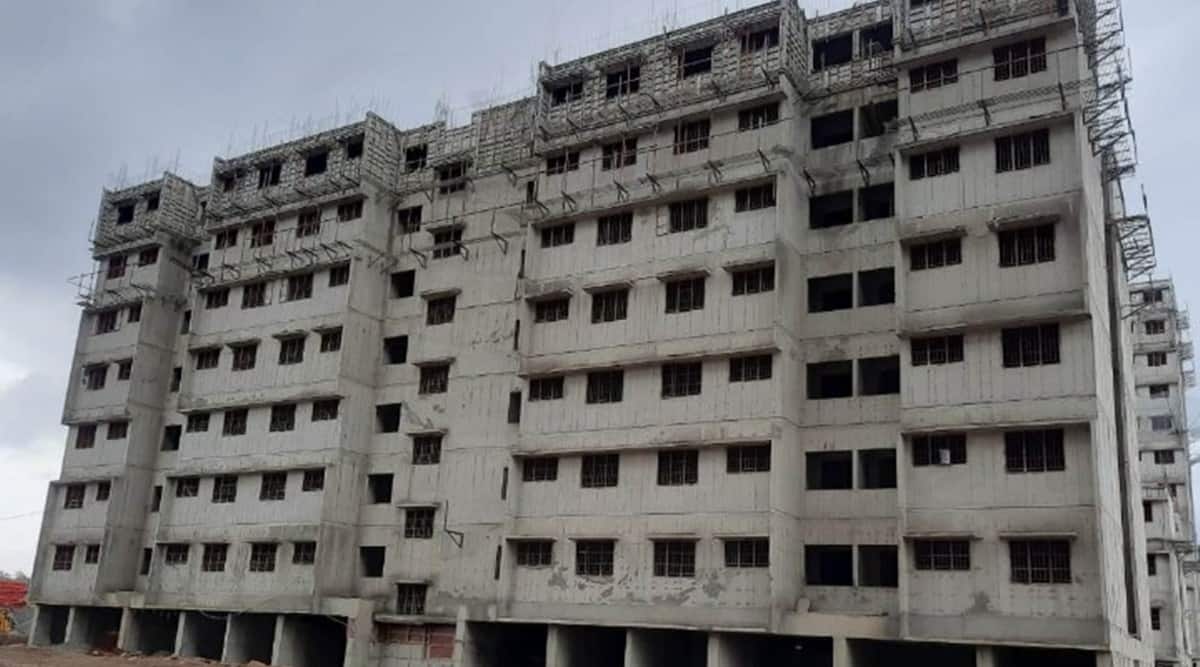 As anticipated, the Pimpri-Chinchwad Newtownship Development Authority (PCNTDA) has received a good response for 4,883 flats which it is constructing under the Pradhan Mantri Awas Yojana (PMAY). As of now, 26,000 citizens have applied for it. As a result, the last day of receiving the applications which was March 31 has now been extended till April 18.

“We have so far received 26,000 applications for the 4883 flats which we are constructing under PMAY. As many as 20,000 citizens have registered themselves,” PCNTDA CEO Bansi Gawli told The Indian Express. In view of the overwhelming response and demand for people’s representatives, Gawli said they have extended the deadline for making applications. “The new deadline is April 18,” he said.

Gawli said of the 4883 flats construction, 60 per cent of the work has already been completed. “Therefore, we have decided to hold the lottery for flats on May 17,” he said. The draw of lots is likely to be held online, officials said.

The flats under EWS are much cheaper. The cost of one flat is Rs 9.90 lakh. Since the Central government will be providing subsidies for it, the cost of the flat will come down to around 7.40 lakh, PCNTDA officials said. Each flat under PMAY measures 300 square feet.

Gawli said the flats under both the categories are being offered to those whose annual income is less than Rs 3 lakh. Besides, he or she should be a resident of India and should not own a house anywhere in the country.

Officials said the applications are available on http://www.pcntda.org.in. They will have to apply through lottery.pcntda.org.in before April 18.

Meanwhile, PCNTDA officials said in all, they would be constructing 6,309 flats for the poor. At a meeting held recently, Rs 728 crore were sanctioned for the projects.