Dr Baldev Singh Dhillon was conferred with Padma Shri in ‘Science and Engineering’ for agricultural research in 2019 by the Government of India. Dhillon had joined as the V-C of PAU in July 2011 for an initial term of four years. He was given a 4-year term extension in 2015 and then another 2-year extension in 2019 by the state government. With ten years of service as V-C (July 2011-June 2021), Dhillon, thus, became the longest-serving V-C ever since PAU’s establishment in 1962. 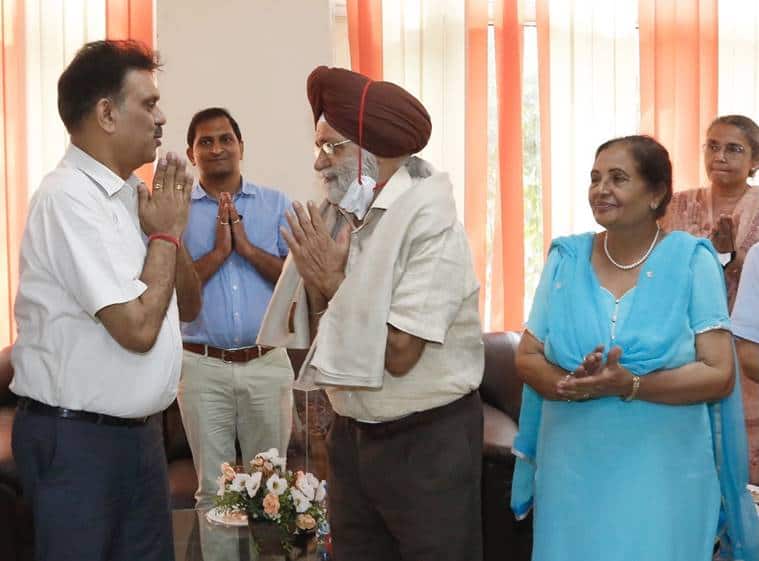 On Friday, a farewell ceremony was organised for Dr Dhillon, which was attended by Anirudh Tewari, Punjab’s additional chief secretary (Development), who will temporarily take over as the agricultural varsity’s V-C till a new head is appointed by the state.

Dr Navtej Bains, director of research, PAU, said that Dhillon’s constant guidance, encouragement, and motivation to the faculty, led to the development of outstanding crop varieties and their production-protection technologies.

Prior to PAU, he served the University of Hohenheim, Stuttgart, Germany; and International Maize and Wheat Improvement Centre (CIMMYT), Mexico, as an associate scientist. As a maize breeder, Dr Dhillon made tremendous contributions by developing 16 varieties/hybrids, including ‘Paras’, India’s first single cross hybrid in 1995.

Dr Dhillon was conferred with Padma Shri in ‘Science and Engineering’ for agricultural research in 2019 by the Government of India.

Under his tenure as V-C, the PAU won the ‘Sardar Patel Outstanding ICAR Institution Award (2012-17), occupied top rankings among all-India Agricultural Universities as rated by the ICAR, and has achieved top positions for research publications and citations among all state universities as per CII-Indian Citation Index Reports.

New farm machines and implements have been developed to address the issues of paddy straw management, spraying of pesticides, and drying of produce. Apart from this, Dr Dhillon led the Joint Inter-State Campaign (Punjab, Haryana and Rajasthan) that successfully managed the whitefly in cotton, resulting, in bumper crop with record productivity of 756 and 750 kg/ha of lint (compared to 197 kg/ha during 2015) during 2016 and 2017, respectively.

He also led the campaign against paddy straw burning in 2018.

Dr Dhillon has published 400 research and policy papers, besides authoring/editing 13 scientific books. He has been conferred with the Rafi Ahmed Kidwai Memorial Prize by ICAR; Dr BP Pal Memorial Award (the apex award) and Recognition Award by National Academy of Agricultural Sciences; Om Parkash Bhasin Award for Science and Technology; Lifetime Achievement Award by Punjab Academy of Sciences; Gold Medal by ICAR-IARI and several others. He has also been awarded Asian Maize Champion Award by CIMMYT.