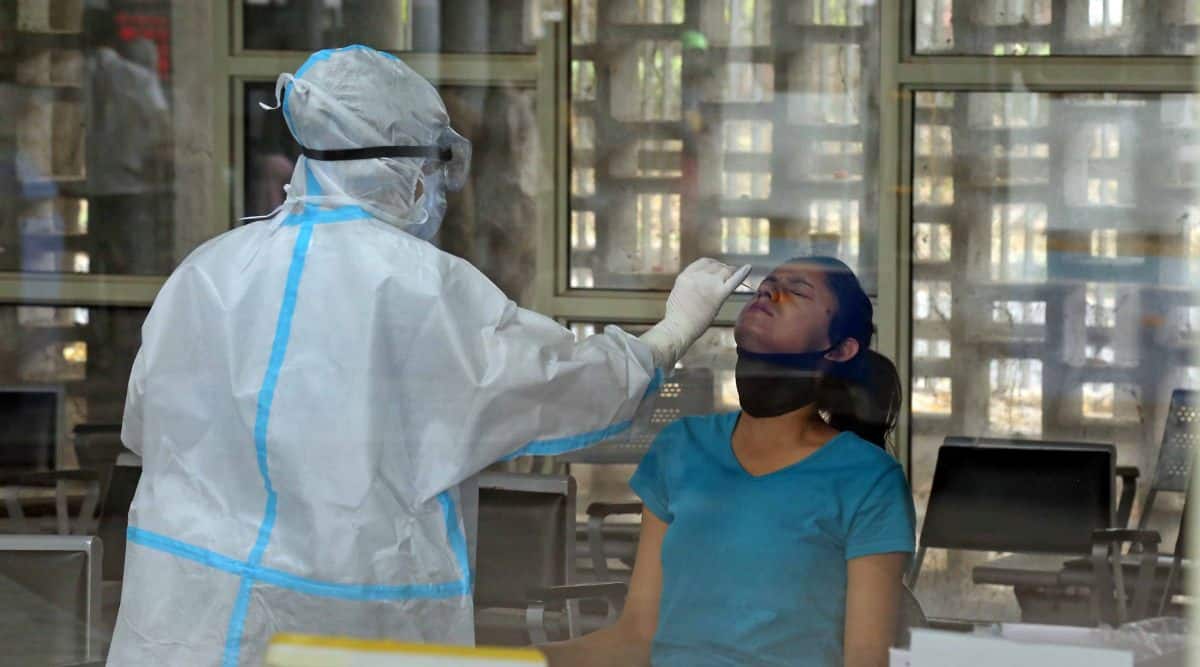 OSCILLATING between 25 and 34 percent in the past one week, the Covid-19 positivity rate of Panchkula is almost three times higher than that of Chandigarh, which has double its population. On several days, it’s even surpassed the record set by Delhi, ground zero of the pandemic.

An analyis of positivity rates recorded in Panchkula district in April shows that these remained in single digits up to April 10, but saw a steep upward trend soon after. ‘‘It was somewhere near 15-17 percent from April 10 to April 15 before rising to 20s from April 15 onwards,” said a doctor, who sought anonymity.

The official further stated that the positivity rates of Sunday are not accounted for in the official tally, “since the sampling remain low and the lab remains shut for a few hours for sanitisation.”

Can only process 1600 samples a day

This high positivity rate is in stark contrast to Chandigarh, with a positivity rate of 10.2 percent, and Mohali with 13.3 percent despite the two cities ramping up their sampling. The positivity rate in the states of Haryana and Punjab is also much lower at 6.3 percent and 5 per cent, respectively, as per a statement by the PGIMER.

The higher positivity rate can also be attributed to low sampling numbers.

Sampling in Panchkula has hit a snag, since the only lab Panchkula built at the onset of the pandemic, can only process a maximum of 1600 samples a day.

“Earlier the lab was pooling samples together and thus testing higher number of people in lesser time. But since the positivity and prevalence have increased, we cannot pool and have to process each sample separately. Even with the lab functioning 24×7, we cannot process more than 1600 samples a day. The lab processes 5-6 plates with 94 samples each in one go. Each takes about 6-8 hours. Thus, we can a best test 1692 samples a day,” said a senior doctor at the civil hospital, Sector 6, Panchkula.
Lack of space in the lab makes expansion almost impossible. “Even if we were given the resources, staff and machines, we have no space to put them in. The lab is already the most congested place in the hospital,” said the doctor.

Of late, the lab is also facing a severe shortage of RT-PCR kits.

The district thus, on average, collects around 2000 samples a day, including the numbers from private testing centres. It has also shut down several of its earlier sampling centres across the district. And majority of the samples are now collected at the civil hospital.

The positivity rate now is much higher than during the first peak in September last year when it averaged 25 percent, with 173-odd persons testing positive from 700 tests a day.

“This is a worrisome number and signifies a high prevalence of the virus …The district needs to double its sampling to assess the actual number of cases,” said a state official.

No response was received from CMO Panchkula Dr Jasjeet Kaur, to queries sent by The Indian Express.

In the last few weeks, the positivity rate in Mohali district has been steadily inching up. From 12.3 percent in the last week, it’s now climbed up to 13.3 percent, among the highest in the state. The raging virus has already claimed 42 persons this week.

According to health officials, from April 25 to April 29, the district recorded a case count of 3851, which is the highest in a span of five days.

“Yes, the positivity rate has increased, but so has the recovery rate,” said a health officer.

In all, a total of 149 deaths have been reported in the district due to Covid-19 infection. (Express News Service)