On an average, there is an estimated consumption of 200-300 cylinders (jumbo and B-type cylinder combined) per
day. 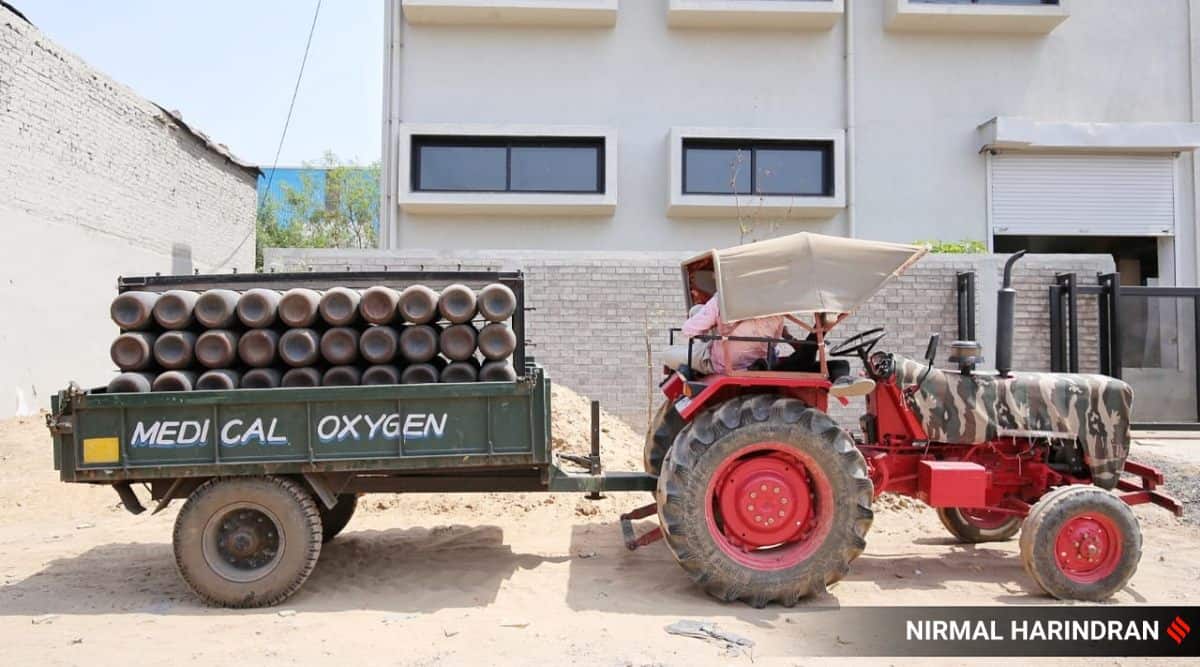 The district administration in Surendranagar has started barcoding of oxygen cylinders in order to prevent hoarding or diversion of oxygen meant for medical use.

“We have observed that many people, out of anxiety, are storing oxygen cylinders at their homes. This leads to an artificial shortage in the market. So we have started barcoding the cylinders,” said K Rajesh, district collector of Surendranagar.

The official said that certain trusts and associations used to “corner” oxygen cylinders and so it was reaching only select groups or talukas. “The kin of patients coming in search of oxygen cylinders are being given one jumbo cylinder of 47-50 litres or five B-type cylinders of 10 litres each. This is enough for a patient for about 24 hours. In the evening, the data or barcoded cylinders is shared with the staff of health department. This way we know that the oxygen is reaching the patients who actually need it,” the IAS officer said adding that the barcoding was tamper proof and any attempt to tamper can easily be detected.

On an average, there is an estimated consumption of 200-300 cylinders (jumbo and B-type cylinder combined) per day. “If we don’t regulate it, there will black marketing and rise in hoarding. The complaints regarding oxygen shortages have gone down,” Rajesh added.

There was a huge rise in number of new Covid cases being reported from Surendranagar during April 2021. The district that reported just 14 new cases on April 1, saw 251 new cases on Wednesday. This sudden rise has stretched the healthcare resources, officials said. Surendranagar has 150 ICU and 1,000 oxygen beds.

Districts such as Surat are also doing their best to ensure smooth supply of oxygen. On Thursday, the oxygen monitoring team led by the Surat district collector had to intervene to ensure that the city continues to get 120 MT of oxygen after the company cut short the supply to 84 MT.

Surat District Additional Collector RR Borad said, “Two days ago, the company cut short the supply assigned to Surat city. Yesterday, we increased the stock and somehow brought it to 110 MT and today also the company released around 100 MT to Surat. The company authorities claim that they have to supply 140 MT to Madhya Pradesh as per their contract with the Central government. We are trying to ensure oxygen supply does not get affected.”

To keep the tab on supply and distribution, Surat District Collector Dr Dhaval Patel, had in the beginning of April 2021, formed a committee headed by Borad, and comprising assistant commissioner of food and drugs department RN Patel and Surat city police special operation group inspector R S Suvera. Since then, policemen has been escorting oxygen tankers to the distribution centres.