"The issue of repatriation of the Rohingya has been discussed with Bangladesh authorities at the highest level, wherein both countries have agreed on the need to expedite their safe, speedy and sustainable repatriation to their homes in Myanmar," Reddy said. 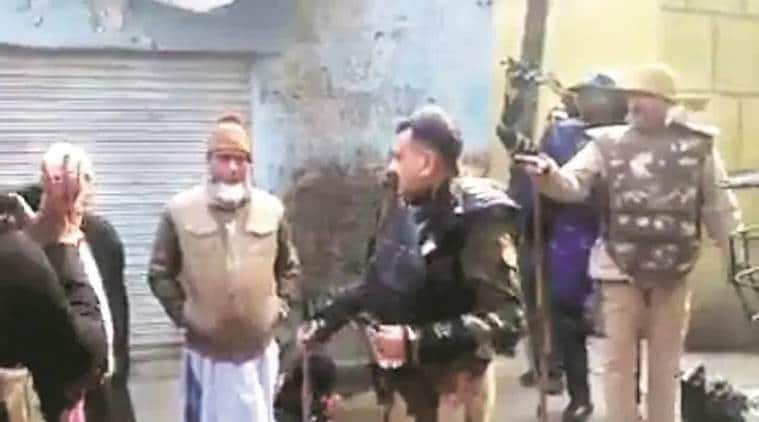 IN THE backdrop of Meerut’s Superintendent of Police Akhilesh Narayan Singh allegedly telling Muslims protesting against CAA and NRC to go to Pakistan, the Centre on Tuesday told Parliament that the National Human Rights Commission (NHRC) takes cognizance of instances where police officers have been found to be “verbally harassing” people from the minority community.

In reply to a question on whether the government has taken cognizance of the police “verbally harassing” Muslims, Minister of State for Home G Kishan Reddy said, “The NHRC takes cognizance of complaints of human rights violations as per provisions of the Protection of Human Rights Act, 1993, and calls for report from the appropriate authority in the state government, including Superintendent of Police, Director General of Police and Secretary of Home Department. In any case of prima facie violation of human rights, the Commission makes recommendations under Section 18 of the Act, for monetary relief and/or action against the erring public servant, including action for violation of Section 166A IPC.”

On whether the government would take corrective measures to ensure such incidents do not recur, Reddy said, “During various seminars/workshops and training programmes organised by the Commission, efforts are made for sensitisation of public servants, including police officers for better protection of human rights.”

In reply to another question on Rohingya refugees in the country, and their alleged connection with terror groups in Pakistan, the government told the Lok Sabha that some Rohinya refugees had been found to be involved in illegal activities. The government, however, steered clear of directly answering the question.

Reddy’s reply stated, “There are reports about some Rohingya migrants indulging in illegal activities…. The Central government has issued instructions from time to time to the state governments, requesting them to sensitise law enforcement and intelligence agencies for taking appropriate steps for identification of illegal migrants, their restriction to specified locations as per provisions of law, capturing their biographic and biometric particulars, cancellation of fake Indian documents, and start legal process including initiation of deportation proceedings as per the provisions of law.”

He also said the government had taken up the issue with the Bangladesh government.

“The issue of repatriation of the Rohingya has been discussed with Bangladesh authorities at the highest level, wherein both countries have agreed on the need to expedite their safe, speedy and sustainable repatriation to their homes in Myanmar,” he said.

To another question on whether the government has taken note of the hate campaign against Rohingya refugees on social media, Reddy said, “No such campaign against illegal migrants, including the Rohingya, has been brought to the notice of the Central government.”