According to the administration, testing was carried out at the DND entrance and Chilla border. A registration table has been set up at the junction of the border, where at least three officials sit. Health officials could be seen wearing PPEs and carrying temperature guns. 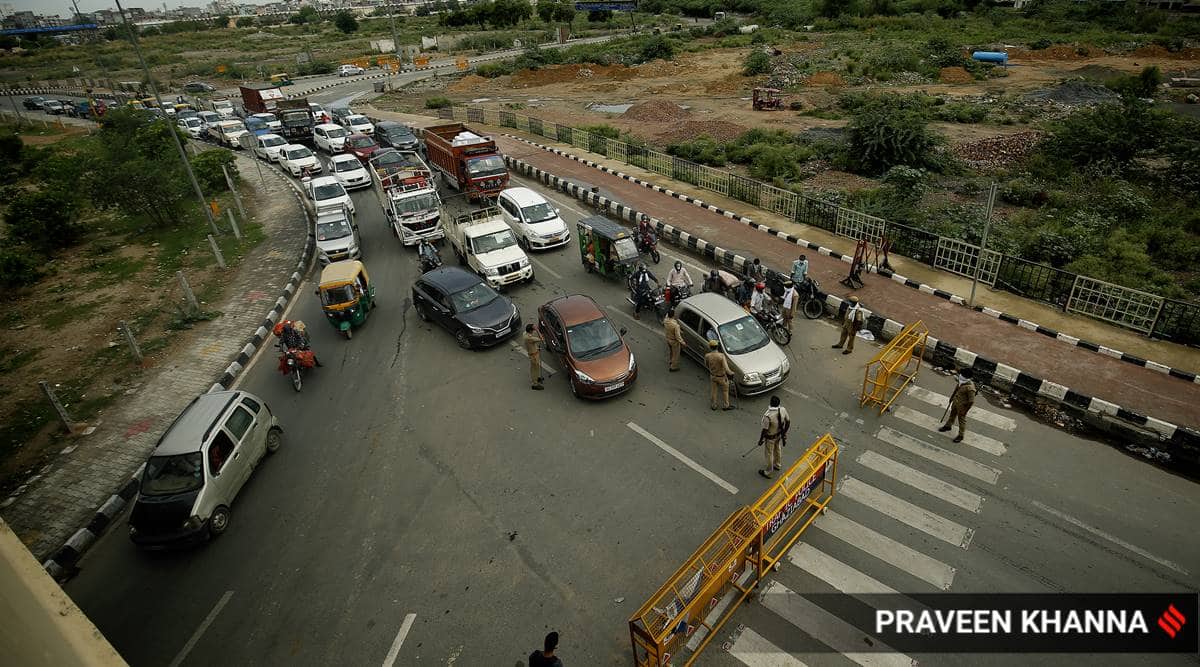 Three persons were found positive in tests conducted at the Delhi-Noida border Wednesday. According to the Gautam Budh Nagar administration, a total of 165 Rapid Antigen Tests were conducted at two checkpoints between Delhi and Noida. The testing was done as per the District Magistrate’s order in the wake of the spike in coronavirus cases in the capital.

Until Tuesday evening, Noida had reported a total of 20,566 cases, with 73 deaths and 19,257 recoveries since the breakout.

“We are conducting random sampling of those travelling to Noida from Delhi. We have placed health officials at the border and antigen tests are being carried out of those randomly picked. This is being done to check the spread of infections. We are also taking down their numbers for surveillance purposes. At present we do not have a target. We can carry out either 100 or 500 in a day. All Covid protocols are being followed at the checkpoints,” said Dr Deepak Ohri, CMO Gautam Budh Nagar.

According to the administration, testing was carried out at the DND entrance and Chilla border. A registration table has been set up at the junction of the border, where at least three officials sit. Health officials could be seen wearing PPEs and carrying temperature guns.

Police and health department officials can flag any vehicle at random, which will be stopped for checking. “There is no compulsion for testing. If the person is not willing, we will not take their sample. We will just note down details in case of future surveillance,” said Dr Ohri.

The vehicle is parked next to the toll plaza and the person is asked to wait for the result. In case one tests positive and is a resident of Delhi, the commuter is sent back and the relevant surveillance officer is informed, said officials. In case the person hails from Noida, the district health administration takes over. On the first day, most of the tests were carried out on those travelling for work purposes.

At the DND border 84 tests were done, while at the Chilla Border 81 tests were conducted, officials said.

“As far as traffic is concerned, there is no disruption. We have arranged passage through three lanes and it is flowing smoothly. We are cooperating with the health officials and it does not come in the way of normal traffic. So far we did not need additional traffic personnel,” said Ganesh Saha, DCP Traffic Gautam Budh Nagar.

Some commuters were apprehensive of being stopped for random sampling, citing delay in reaching offices. Others said the move was needed given the surge in cases in Delhi.

Mudukuthore temple reconstruction to be completed in 2 years COVAXX gets supply deals worth $2.8 billion for potential Covid-19 vaccine