Of late, there have been speculations of a rift in the marriage, with reports claiming that Nusrat is dating fellow actor Yash Dasgupta who unsuccessfully contested the Assembly elections on a BJP ticket. 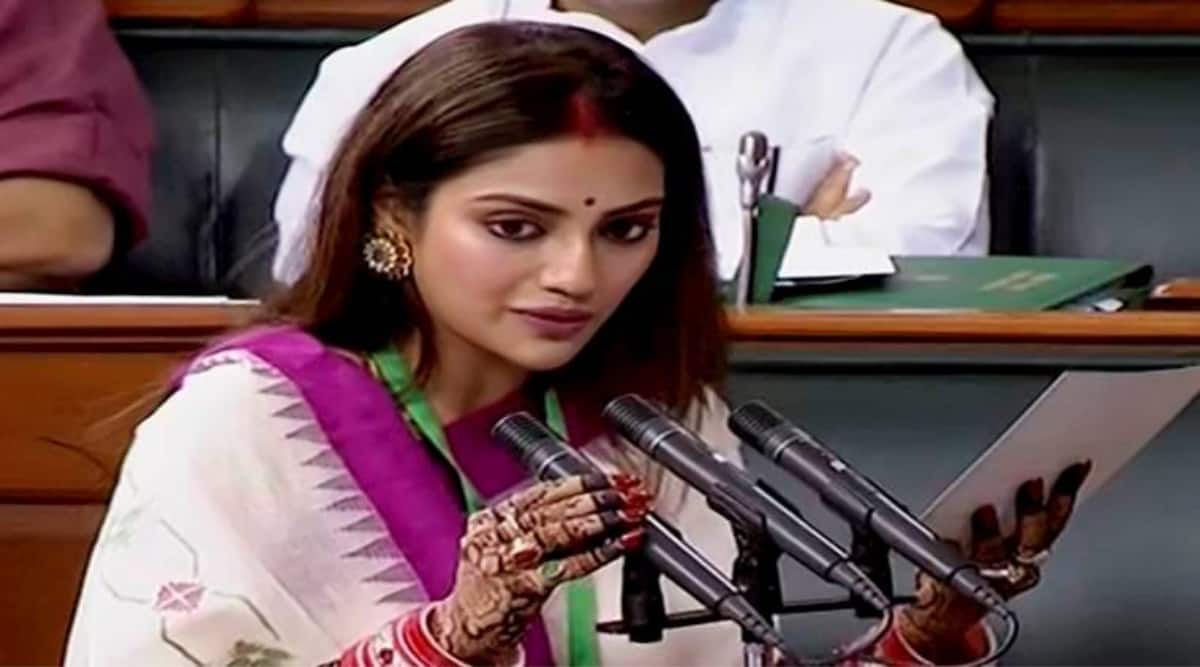 Trinamool Congress (TMC) MP Nusrat Jahan on Wednesday said she does not need to get divorced as her marriage with businessman Nikhil Jain was never valid under Indian law. She added that they had separated long ago.

Of late, there have been speculations of a rift in the marriage, with reports claiming that Nusrat is dating fellow actor Yash Dasgupta who unsuccessfully contested the Assembly elections on a BJP ticket.

In her statement, the parliamentarian said since her marriage with Jain was an interfaith wedding solemnised on foreign land as per Turkish marriage regulations, it was invalid under the Special Marriage Act in India.

“As per court of law, it is not a marriage, but a relationship or a live-in relationship. Thus, the question of divorce does not arise. Our separation happened long back, but I did not speak about it as I intended to keep my private life to myself…The alleged marriage is not legal, valid and tenable; and thus not a marriage at all in the eye of the law,” Nusrat added.

The Basirhat MP had married Jain in Bodrum, Turkey, after winning the Lok Sabha election in 2019. Chief Minister Mamata Banerjee had attended a reception held in Kolkata.

Without naming anyone, Nusrat said the “one who claims to be rich” had been taking money from her bank account.

“I have already taken this up with the concerned banking authority and a police complaint shall be filed shortly. In the past, details of all family accounts were handed over to him, upon his requests and none of me or my family members was aware of any instructions given to the bank via our accounts. He has also been mishandling my funds from various accounts without my knowledge and consent. I am still battling it out with the bank & if need be, would release proof of the same,” she added.

The MP also alleged that her assets and jewellery had been illegally held back. Stating that she had built her life based on hard work and would never allow anyone else to share the limelight, Nusrat said, “I would never speak up about my personal life or anyone I am not related to.”

Jain was not available for comments. However, he told a Bengali news channel, “I don’t want to say anything as the matter is in the court. I know what I have done for her. I don’t need to tell anyone. Whatever I have to say I will say it before the court.”