Union Home Minister Amit Shah, who was on a one-day visit to Gujarat, dedicated or laid foundation stones of 143 public works worth Rs 10.59 crore in Gandhinagar, his Lok Sabha constituency. 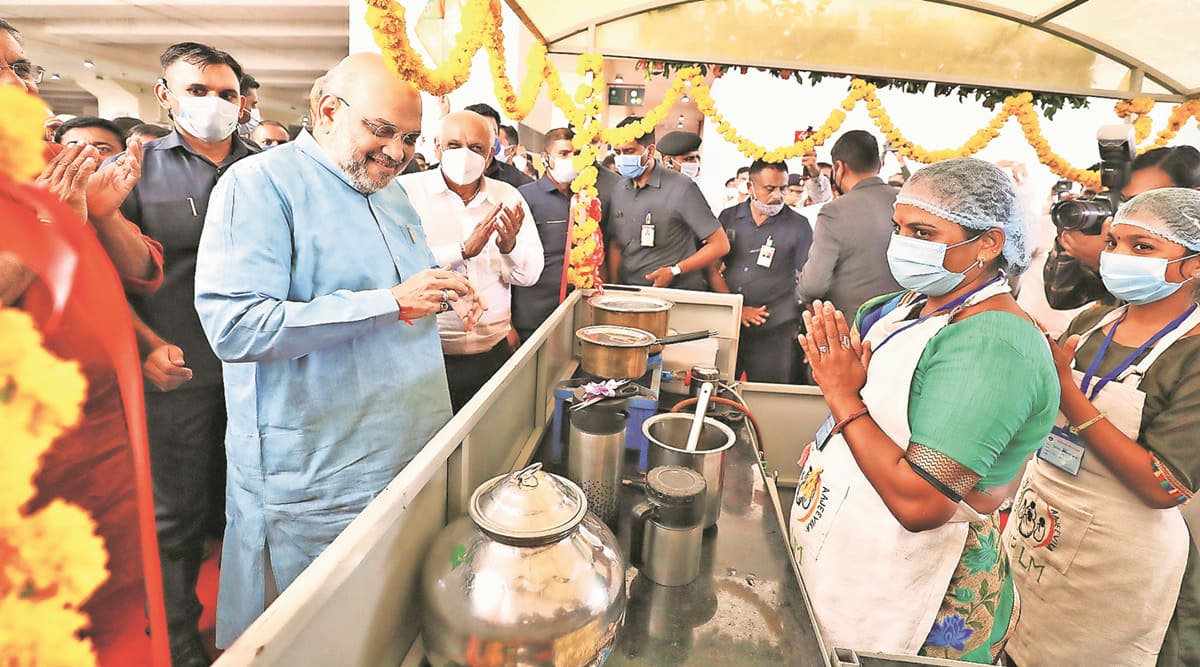 Union Home Minister Amit Shah Friday said Prime Minister Narendra Modi is the only democratically elected leader in the world who has continuously won elections and served people for 20 years. Shah then added that Modi, who completed 20 years in public office in 2021, is also going to be re-elected in 2024.

“Yesterday marked completion of 20 years of Narendrabhai taking the reins of power. There is no other leader in the world who would have continuously won elections for 20 years and continuously served the people for 20 years,” Shah said while addressing a public gathering in Pansar village of Kalol tehsil in Gandhinagar.

The Union Home Minister, who was on a one-day visit to Gujarat, dedicated or laid foundation stones of 143 public works worth Rs 10.59 crore in Gandhinagar, his Lok Sabha constituency. These works, among others, include a Primary Health Centre and beautification of a lake at Pansar village.

Shah took a jab at Opposition Congress and claimed that Modi has done more works in seven years than Congress did in 70 years. He also cited the recent elections of Gandhinagar Municipal Corporation (GMC) and other local bodies in Gujarat that BJP swept. In GMC, BJP has won 41 out of 44 seats, while Congress could won two.

“Congressmen have been rendered so small (in number) that one needs a binoculars to find them,” he said.

“The reason for this is the values of doing (people’s) works inculcated by Narendrabhai in BJP. He has given an example of people oriented governance… As a result, first in Gujarat and then in entire country there is an atmosphere of trust towards BJP under the leadership of Narendrabhai which is instrumental in BJP winning elections repeatedly,” he added.

During his speech, Shah also urged the youths of his constituency to ensure that those who have got the first dose of Covid-19 vaccine get the second dose as well without fail. He also said that the Prime Minister has announced to provide 5 kg grains to each member of a poor family for six months (till Diwali) per month and urged the youths of the village to ensure that the free grains reach the poor families.

During his visit, Shah was accompanied by Chief Minister Bhupendra Patel, Minister of State for Home Harsh Sanghavi and other BJP leaders.