On September 24, a 56-year-old man, identified as Chandran of Devan Estate, was grazing his cattle when he was attacked by the tiger. He succumbed to his injuries while on his way to the government hospital in Ooty. 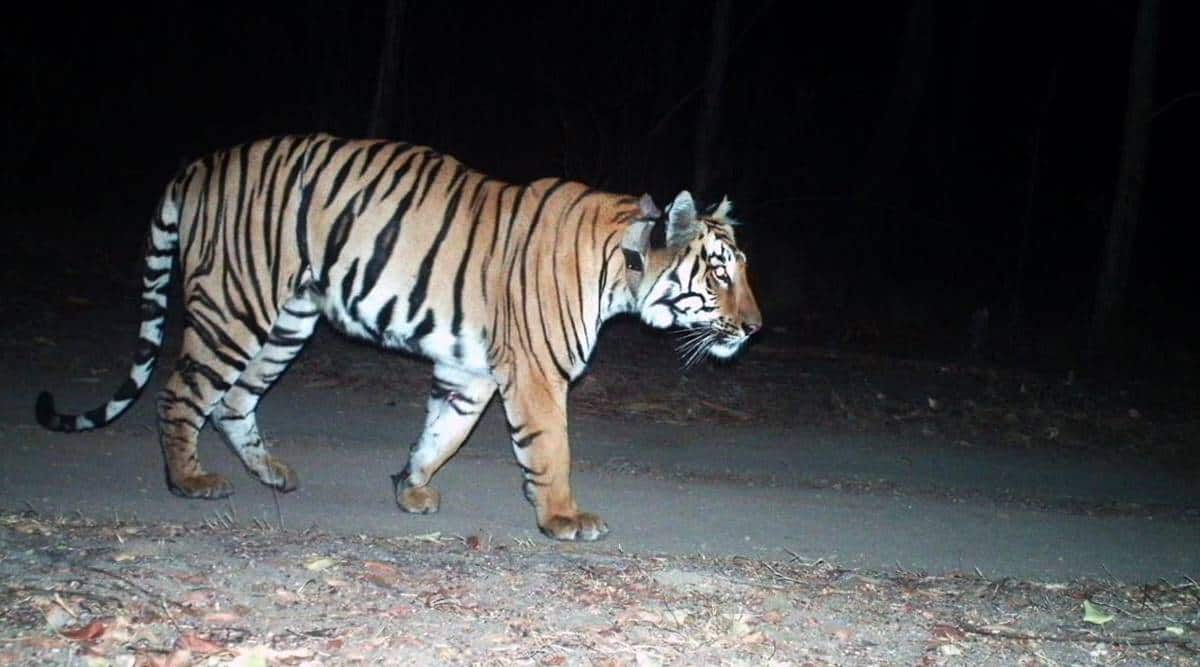 The district administration of Nilgiri has asked villagers to stay indoors after a shepherd and cattle were killed by a tiger on consecutive days.

District collector Innocent Divya asked the town panchayat officials to supply necessary items to the doorsteps and bus services to the area have been temporarily suspended.

Speaking to indianexpress.com, Gopal, an official with the Gudalur Forest range, said that for the past one month, there has been a series of such incidents. They had alerted the locals to stay away from the sensitive areas but despite that, Friday’s incident happened.

“We have formed a committee and with the help of it, we are taking steps to catch the tiger. 40 officials are involved in this operation. We have also deployed two drones to monitor its movement. There are about five villages bordering the Mudumalai Tiger Reserve (MTR) area and we have set up traps at spots where the tiger has visited in the recent past,” he added.

On September 24, a 56-year-old man, identified as Chandran of Devan Estate, was grazing his cattle when he was attacked by the tiger. He was rescued by the Forest Department and provided first-aid. However, while on his way to the government hospital in Ooty, he succumbed to the injuries. The incident had triggered an outrage among villagers as they demanded the district forest officer to take catch the big cat at the earliest. Next day, the tiger had attacked a cow in the nearby boundary area.

As per local reports, the tiger had killed three people and more than 20 cattle in the recent past. The forest officials said they are taking steps to tranquilize the tiger and translocate it.