A legacy of the British Raj, the Bombay Police Band was set up in 1936 a year after King George V's "Silver Jubilee Year". 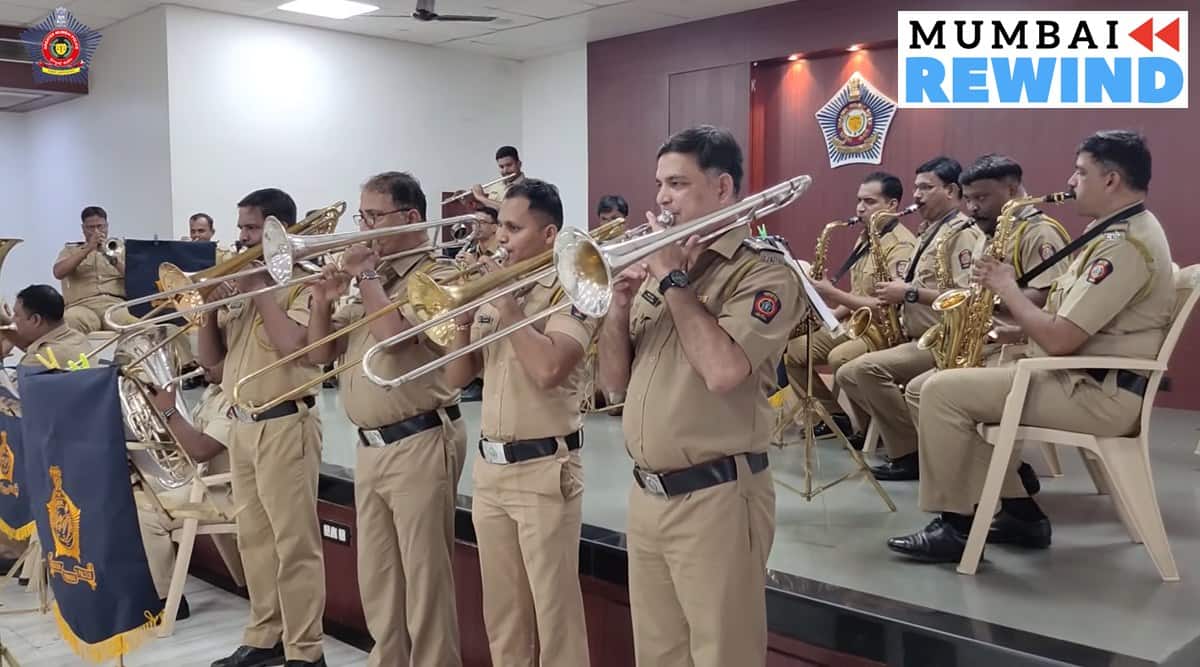 Last month, netizens were in for a surprise when the Mumbai Police introduced their police band on social media with its rendition of the popular James Bond signature theme. It went viral in no time, especially on Instagram, and became famous across the country.

The band’s rendition of the “James Bond Theme” has brought it new found fame. The band predates the Monty Norman-written Theme Music by a good 26 years. A legacy of the British Raj, the Bombay Police Band was set up in 1936 a year after King George V’s “Silver Jubilee Year”.

In Mumbai, the police held a grand ceremonial parade at the Naigaon Police parade ground in Dadar (East) to commemorate the event, but those in attendance felt something was missing — music! And so, the idea for a band was born…

But, the imperial government was not going to part with any money for a police band. So, in the long tradition of Bombay, rich businessmen stepped forward with the funds to buy the instruments for a band.

The police band debuted on 17th April, 1936, in a ceremonial welcome accorded to the new Viceroy and Governor General of India Lord Linlithgow. The band performed alongside the military band at the Gateway of India at the reception.

Impressed by the band and the bandmaster C R Gardner, Governor Lord Brabourne gave them an independent slot on December 18, 1936 at the Naigaon Police parade ground. Since then, December 18 is celebrated as Mumbai Police Band’s Day.

After the British left, the legacy of the police band continued and their presence was institutionalised in the Bombay Police Manual of 1959.

“With a view to providing music for police parades on ceremonial occasions and also to provide buglers to give orders to the men by means of bugle-calls”, is how the Bombay Police Manual designates the bands responsibility. Initially, the band had two separate teams: a Pipe band consisting of pipers and drummers, and a brass band consisting entirely of brass instruments, most often with a percussion section. Sometime in the 1980s, the powers that be in the erstwhile Bombay Police, however, decided to discontinue with the Pipe band due to the unwieldy bagpipes and their association with the Raj legacy as the bagpipers would have to wear Scottish tartans.

Deepak Rao, Police historian said, “They are trained to play several foreign national anthems and perform for foreign dignitaries during their visits in Mumbai. First, they had a pipe band as well as brass band. The pipe band consisted of bagpipes and drums but due to its decreasing demand it ceased to exist in 1981.”

The Mumbai police band now consists of 102 instrumentalists and two assistant band masters, led by police inspector and bandmaster Sanjay Kalyani, 42, who retired from the Indian Navy after a 15-year career in the Navy Band. The bandmasters are usually ex-defence servicemen who are recruited after their stint in the armed forces, which have a longer tradition of having such bands.

Earlier, the bands would play weekly at public places, including prominent city gardens.

The Bombay Police Manual also allowed for the hiring of these bands for private functions. They played at a nominal rate of Rs 33,000 for two hours at private wedding functions. “The band used to play at the premier shows of movies outside theatres in south Mumbai, like New Empire, Minarva and New Excelsior. Our performance of the song Hawa me Udta Jaye had become very popular in the 1980s,” said sub-inspector Gautam Sawant, 51, who is part of the band.

However, over a period of time, the band now plays largely at ceremonial events like the Republic Day parade, playing the national anthem and Vande Mataram on Independence Day, Police Commemoration Day, Police Raising Day, Maharashtra Day, and annual sports events organised by the state government.

During the annual week-long Police Raising Day celebrations, the police band performs at public places like Gateway of India, Bandstand, Hanging gardens, etc. The musicians are divided into five sections by instruments — the horn, trumpet, clarinet, saxophone and percussion. They practice every day for four hours and play at the parade every Friday at Naigaon grounds with different police units performing every week.

When the band is not performing or practicing, many of the band members have to double up as buglers blowing the bugle, a valveless brass instrument that resembles a trumpet. A bugle call is a short tune, announcing scheduled and certain non-scheduled events. They are asked to play the bugle during parades, while paying respect to senior police officials like the director general of police or police commissioner, at state funerals and other events.

Among the thousands who apply for a job in the band, only a handful are selected and the recruitment process is infrequent, due to the small number of vacancies.

There are instances where the children of bandsmen get inspired by their music and continue the family’s legacy of playing music in the department. One such bandsman is Head constable Zameer Shaikh, 46, who arranged the James Bond theme song. Shaikh, who has been part of the band for the last 25 years, said, “In our band, there is no system of transfers. So, we begin and retire from service in the same unit. We are like a family sharing our happiness and troubles together. I decided to join the band after getting inspired by my father Shafiuddin who joined the police band in 1958 as a boy constable at the age of 16 years. We played together for a year or two before he retired.”

Jerome Rodrigues had the longest stint of 17 years as head of the band before retiring in 2002. It was under his tutelage that the band’s capacity was increased from a 64-member band to a 100-member band.

Speaking to The Indian Express from Goa, 77-year-old Rodrigues said, “I served in the Indian Navy as a musician for 23 years and within one day of retiring from Navy, I joined as band master in Mumbai Police after Julio Ribeiro, then Commissioner of Police, gave me the opportunity. I worked hard on getting them trained, and increasing the manpower. I created two bands at the time so they could play at different functions at the same time. Our police band became the talk of the town. My idea was the band must be able to play all kinds of music. My most memorable moment came in 1990 when 400 musicians of police bands from all over Maharashtra performed Sare Jahan se Acha, Jai Jai Maharashtra Majha and Namostuthe in front of a huge crowd at the Sardar Vallabhai Patel stadium in Mumbai in the presence of the chief minister, governor and others at the Police Raising Day ceremony.”

The band is presently helmed by police inspector and bandmaster Sanjay Kalyani, 42, who retired from the Indian Navy after a 15-year career as a musician. It was Kalyani’s idea to work on a rendition of the James Bond theme music.

“We decided to do something more for the sheer entertainment of people, as there is a lot of stress due to the pandemic. Our first video of the James Bond theme was well received, and we intend to release one video every week. I believe music works like magic and it’s a great stress-buster. I also intend to make music medleys and a fusion of Indian classical and western music,” Kalyani said.

The Mumbai Police has named their music video series ‘Khakhi Studio’ after the famous ‘Coke Studio’. Apart from patriotic, Hindi and Marathi songs, the band also plays foreign numbers like The Blue Danube Waltz, and LaPaloma, among others. By splashing itself on social media, the band is looking to attract a younger audience. The band just released their third video where they played ‘Bella Ciao’, popular soundtrack of TV show Money Heist presently streaming on Netflix.