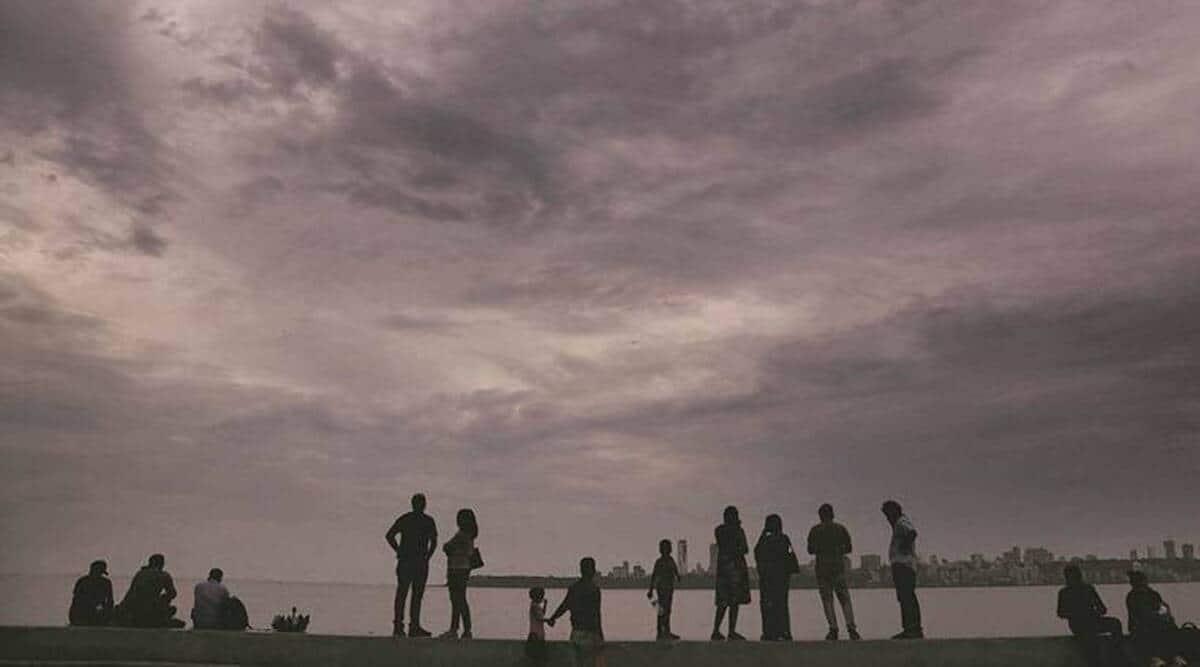 Mumbai on Wednesday recorded its second warmest November morning in the past 10 years with the minimum temperature at 26.5 degrees Celsius, only about a degree less than the highest minimum temperature of 27.4 degrees Celsius, recorded on November 4, 2018. Experts attribute the rise to the continuing influence of a low-pressure system in the Arabian Sea,that formed close to the Maharashtra coast.

The rains recorded in the 12 hours ending 8.30 pm on Wednesday by IMD Colaba observatory has been 3 mm and IMD Santacruz observatory 1.2 mm.

Due to the high minimum temperature recorded on Wednesday, the Met department has said that there is a strong likelihood of thundershowers and lightning on Wednesday and Thursday evenings. By 5 pm on Wednesday, many areas in the suburbs recorded light rainfall. “The weak low-pressure system bringing moisture from the sea, and so it has become warmer. The wind speeds are also very slow, and so there is no cooling effect from the sea breeze,” said an official from the India Metrological Department (IMD).

Parts of south Konkan and Central Maharashtra got rains on Tuesday evening. Thunderstorms had deposited 38mm of rain over Ratnagiri, 63mm over Vengurla, 24mm over Nanded, 15.55mm over Satara, and 7.4mm over Pune until 8:30 am on Wednesday.

Meanwhile, air quality in the city remained in the poor category for the third consecutive day.  And Colaba continued to be the most polluted among the 10 locations in the city, with an Air Quality Index (AQI) of 320, which falls in the “very poor” category. Colaba’s AQI on the previous day was 370.

The overall AQI of Mumbai on Wednesday was 201, which falls in the poor category as per the classification by the System of Air Quality and Weather Forecasting And Research. Other locations with ‘very poor’ air on Wednesday included Mazagaon at 316 (down from 331 on Tuesday), Malad, with an AQI of 327 on Tuesday, showed improved air quality with an index value of 290 on Wednesday. AQI in Bandra Kurla Complex (BKC) dropped from 311 on Tuesday to 228 on Wednesday afternoon. Chembur (183), Borivali (133), Worli (93), Bhandup (99) and Navi Mumbai (113) also saw slight improvements in air quality on Wednesday.