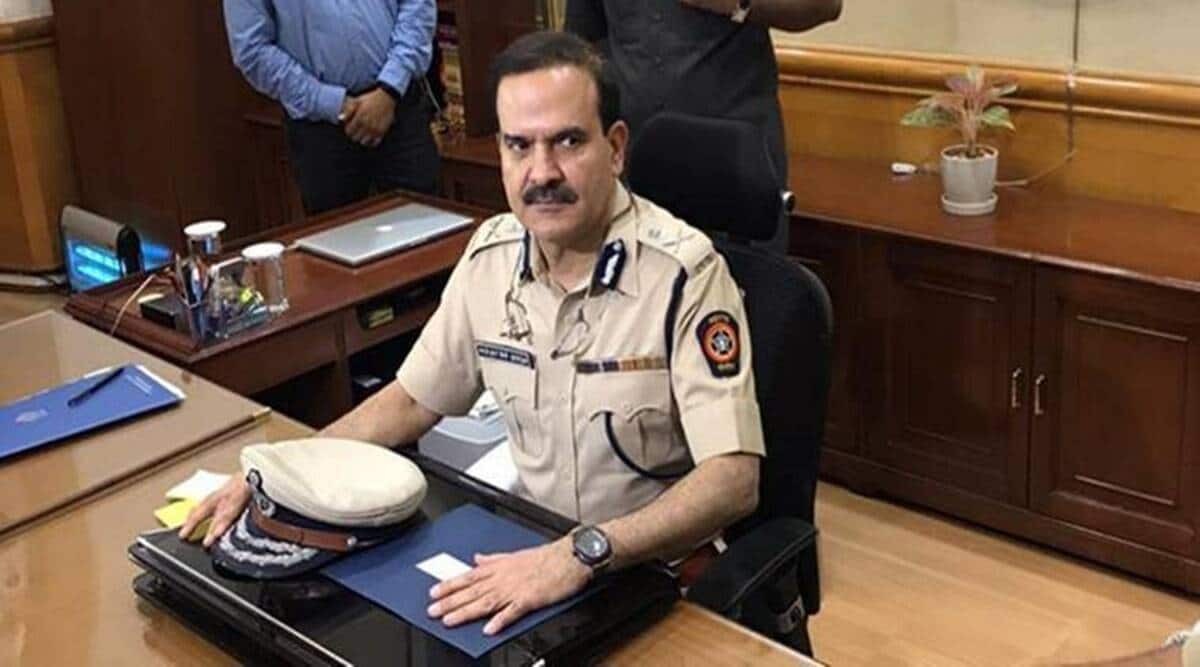 Mumbai Live News: Supreme Court on Monday granted protection to former Mumbai police chief Param Bir Singh after his lawyer said he was “not absconding, and is in India”.

Issuing notice on a plea by Singh against the September 16 Bombay High Court judgment dismissing his petition challenging the two preliminary inquiries initiated by the state government, a bench of Justices S K Kaul and M M Sundresh said it found the developments “very disturbing” and things were becoming “curiouser and curiouser in the battle between the then Home Minister and the then Police Commissioner”.

The leader of the Opposition in the state legislative council, Pravin Darekar, on Monday said the Maha Vikas Aghadi government must apologise to the Maratha community for “betraying their trust” by not giving them reservation in education and government jobs. As a result, thousands of candidates have been deprived of the benefit of quotas for last two years, he said.

At the same time, CM Uddhav Thackeray should initiate the process to reinstate Maratha reservation in Maharashtra, he demanded. Read more

Coming to the rescue of a student who could not get admitted to IIT-Bombay due to a technical glitch, the Supreme Court on Monday invoked its powers under Article 142 of the Constitution to direct the institute to create a seat for him,

A bench of Justices D Y Chandrachud and A S Bopanna asked the Joint Seat Allocation Authority (JoSAA) to allot a seat to Prince Jaibir Singh, a student belonging to the Scheduled Caste community, saying “it would be a great travesty of justice if the young Dalit student is denied admission for non-payment of fees…” Read more

However, the court said that Malik should conduct reasonable verification before releasing information or posting on social media. Read more

The Maharashtra State Election Commission and Gupshup Institute have revamped the Mahavoter chatbot that they first implemented during the 2017 local body polls.

State election commissioner UPS Madan launched the chatbot that is expected to make voter registration easier and answer the queries of voters. Voters should take full advantage of this facility, said Madan.

An official statement by the election commission said: “It had all the information about the voters and polling. SEC is coming with Mahavoter 2, an expanded version which covers the voter registration process, especially keeping in view the special summary revision which is being implemented by the Election Commission of India till November 30, 2021.” Read More

The Bombay High Court on Monday directed the metropolitan magistrate’s court hearing the defamation case against Congress leader Rahul Gandhi to defer proceedings beyond December 20. Gandhi had approached the high court seeking quashing of the complaint filed against him for a statement he allegedly made at a rally in 2018. Read more

CM Uddhav Thackeray has undergone successful spine surgery and is undergoing physiotherapy at the H N Reliance Hospital, states an official statement from CMO. It adds that he is presently very stable and will be discharged in due course of time.

Former Maharashtra home minister Anil Deshmukh’s son Hrishikesh Deshmukh was an active participant in money laundering and had assisted his father in projecting the ill-gotten money as an untainted donation, the Enforcement Directorate (ED) told a special court here on Monday.

The anti-money laundering agency submitted an affidavit before the court designated to hear the cases of the Prevention of Money Laundering Act (PMLA) opposing the pre-arrest bail plea filed by Hrishikesh Deshmukh.

The special court has posted the pre-arrest bail plea for hearing on December 4.

“The applicant (Hrishikesh Deshmukh) was an active participant in the laundering of proceeds of crime. The applicant assisted his father Anil Deshmukh to launder ill-gotten money into a complex web of companies,” it said.

The agency said if Hrishikesh Deshmukh is granted protection from arrest then there is a likelihood of him tampering with evidence or attempting to obfuscate the trail of the proceeds of crime.

The ED said the preliminary probe has revealed that 11 companies were controlled by the former home minister and his family members. (PTI)

Veteran actor Shabana Azmi on Monday paid homage to her mother and renowned film and stage personality Shaukat Kaifi on account of her second death anniversary, saying her absence has made the world poorer.

Kaifi, whose acting credits include “Bazaar”, “Umrao Jaan” and Mira Nair’s Oscar nominated film “Salaam Bombay!”, passed away in 2019 on this day due to age-related illness at the age of 93.

“You left in my arms 2 years ago on this day mummy and everything went wrong. My near fatal accident followed and the world got swallowed up by the Covid pandemic,” Shabana Azmi wrote in a Twitter post alongside a smiling photograph of her mother.

The Supreme Court Monday granted protection from arrest to former Mumbai police commissioner Param Bir Singh in criminal cases lodged against him in Maharashtra and sought responses from the state government, its DGP and the CBI on his plea.

Singh, who had accused the then Maharashtra home minister Anil Deshmukh of corruption, has alleged frame up in criminal cases.

Besides seeking protection from coercive steps, Singh has sought CBI probe into the entire issue involving him.

“Issue notice. Returnable on December 6. In the meantime, the petitioner shall join the investigation and shall not be arrested,” the bench ordered. (PTI)

A Sikh organisation on Monday submitted a complaint seeking registration of an FIR against Bollywood actor Kangana Ranaut in Mumbai alleging that she had used derogatory language against the Sikh community in her social media post.

A Khar police station official said a complaint was received from the Delhi Sikh Gurdwara Management Committee (DSGMC) and they are looking into it.

He said a delegation led by Manjinder Singh Sirsa, a Shiromani Akali Dal (SAD) leader and president of the DSGMC, submitted the complaint against Ranaut. (PTI)

The above-mentioned states showed highest spending through digital payments, with Maharashtra and Karnataka accounting for 24.5% and 14.8% of total spends processed. Mumbai accounted for 20% of total spends this season, Bangalore for 13%, Delhi for 7%, Kolkata and Hyderabad both for approximately 5%. Among smaller cities, Jaipur, Coimbatore, Vijaywada, Pune showed increased volumes of digital payments. Bhubaneshwar and Surat also made their way into Top 15 cities this year (Basis available data; location data not available for all transactions). (PTI)

A Nigerian drug peddler was arrested for illegal possession of the banned drug, MD, from Nallasopara in Palghar district of Maharashtra, police said on Monday.

A police officer said his team had stopped a man on suspicion while patrolling in the Pragati Nagar area of Nallasopara on Saturday and found 3 gm of MD in his possession.

He led the police to a Nigerian, currently staying in Nallasopara, identified as Puike Okey.

Some intense rain spells lashed parts of Pune city on Sunday evening after the day remained dominated by cloudy skies. The day temperatures on the day soared to 33.4 degrees Celsius with high levels of humidity reported over Pune.

Officials of the India Meteorological Department (IMD) said that prevailing clouding and rainfall activity over parts of Maharashtra, including Pune, will dissipate this week.

Thereafter, clear sky conditions and normal temperatures during day and night hours will slowly return to the state, in the second half of this week, hinting at the likely return of winter-like cooler conditions that prevailed during the beginning of November. Read more

Warner Bros. Pictures on Monday announced that it will be re-releasing 1999 blockbuster movie “The Matrix” on December 3, ahead of the worldwide theatrical premiere of the fourth installment “The Matrix Resurrections” on December 22.

They directed the other two installments —  “The Matrix Reloaded”, “The Matrix Revolutions” — both of which came out in the year 2003.

The upcoming fourth film, “The Matrix Resurrections”, is written and directed by Lana Wachowski. (PTI)

A 49-year-old woman was arrested in Ambernath in Thane district of Maharashtra for allegedly possessing cannabis worth Rs 1 lakh, police said on Monday.

The woman was nabbed on a tip-off on Saturday and 5 kg ganja was seized from her possession, an official said.

She was booked under the Narcotics Drugs and Psychotropic Substances (NDPS) Act.  (PTI)

The complainant said he came in touch with Bhatti as they live in the same neighbourhood. Read more

Maharashtra on Sunday reported 845 fresh coronavirus cases and 17 fatalities, while the active case count dropped below 10,000. Mumbai city reported the highest 212 new infections and seven fatalities in the day.

P Chidambaram commenting on Narcotics Control Bureau (NCB), claimed that the Bombay High Court, in granting bail to Aryan Khan, had said there was no evidence of a conspiracy.

“The Court also found that the accused had no intention to commit an offence under the NDPS Act. The Court criticised the NCB for not conducting a medical examination to find out whether the accused had consumed drugs. So, no conspiracy, no consumption, no intent — the question is who set the NCB on these young people and why?

“It is a repeat of the Disha Ravi case. This is the state of our law enforcement agencies. Why did the PM not address this sorry state of affairs at the DGPs conference?” the former Union minister asked in a series of tweets.

Staffers from Brihanmumbai Municipal Corporation were stumped by the questions in the papers by the Maharashtra Public Service Commission (MPSC). They were asked questions on zilla parishad and gram panchayat, which do not pertain to civic administration.

On Saturday, the Bombay High Court’s detailed order granting bail to Aryan Khan, Arbaaz Merchant and Munmun Dhamecha was made available. In the 14-page order, the court has said that there is no material to infer that applicants hatched a conspiracy to commit offence.