The BJP has constituted a committee headed by Patil to get all Maratha organisations and leaders under one banner. 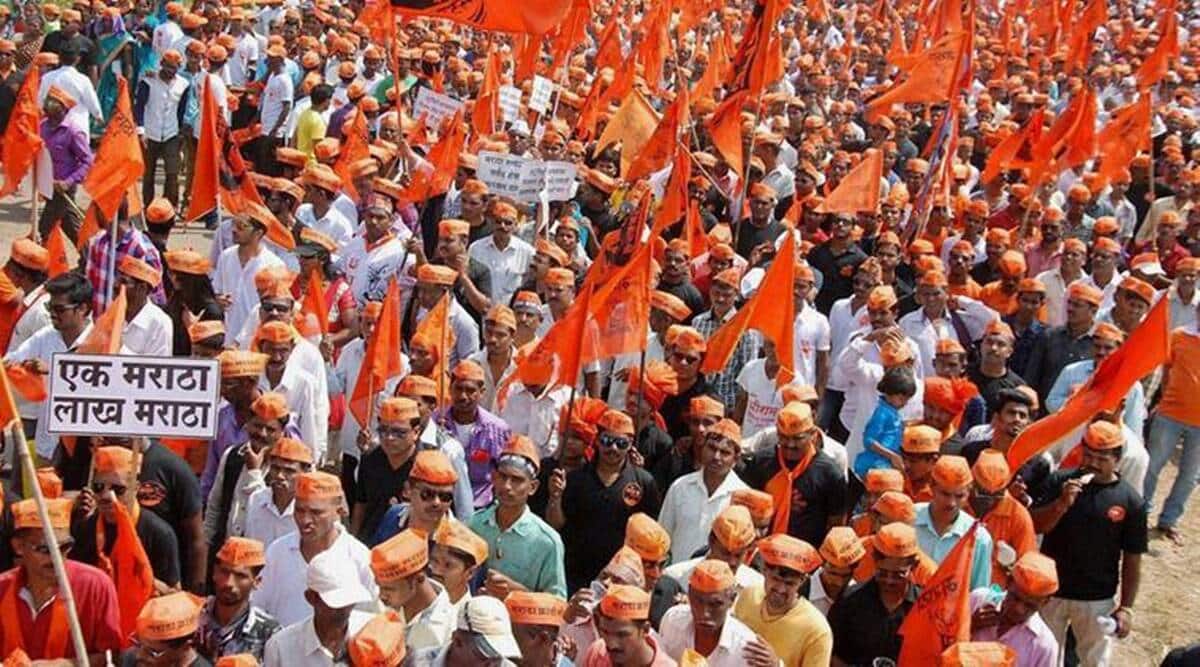 AMID THE Covid-19 lockdown, Maratha Kranti Morcha (MKM) has decided against a street agitation to demand restoration of Maratha reservation. This has come as a setback to the BJP’s plan to unite all Maratha organisations under a banner and begin street protests from June.

The MKM, after a series of internal meetings, has adopted a wait-and-watch policy. The nodal organisation played a crucial role in organising two phases of an agitation between 2016 and 2018.

Rajendra Kondhare, MKM coordinator, said, “After the Supreme Court decision to strike down reservation, there is massive anger and unrest within the community,” adding, “we are still exploring measures that should be taken. It has to be fought legally and constitutionally.”

Kondhare, however, said in the midst of Covid-19 restrictions, agitation was not going to be easy.

Leaders in the organisation also said they don’t want the reservation issue to be politicised.

A section within MKM believes silent rallies in the first phase and violence in the second phase had already conveyed a strong message about the demand of reservation. Now, the issue is to make reservation legal and give it constitutional validity under the Socially and Educationally Backward Classes Act, for which the state government as well as the Centre government have to work together.

The biggest disappointment for the Opposition came from within the house. BJP MP Sambhajiraje Chhatrapati has convened a meeting with legal and academic experts on the reservation issue on May 27.

He said, “I will announce the next course of action on May 27.” Expressing his disappointment with the BJP, he said, “I wrote four letters to Prime Minister Narendra Modi. But to date, I have not received any acknowledgement or appointment for a meeting to discuss the matter.”

On May 15, state BJP president Chandrakant Patil had declared the party’s support to street agitation over the reservation issue. Patil had said, “After the SC decision to scrap reservation, the Maratha community feels let down. There is a feeling that no leader is taking up their cause. Therefore, the BJP has decided to support and participate in all agitations for restoration of reservation.”

The BJP has also constituted a committee headed by Patil to get all Maratha organisations and leaders under one banner.

So far, however, only Shiv Sangram led by Vinayak Mete has proactively responded by saying it would start an agitation from Beed after lockdown, in June. Leaders from the MKM were quick to point out that Mete had taken an independent decision.