The newspaper also led with ‘The shaky Congress has lost its way’ and ‘Challenge from the party’. It even referred to Congress veteran Ghulam Nabi Azad’s remark Wednesday to make its point. 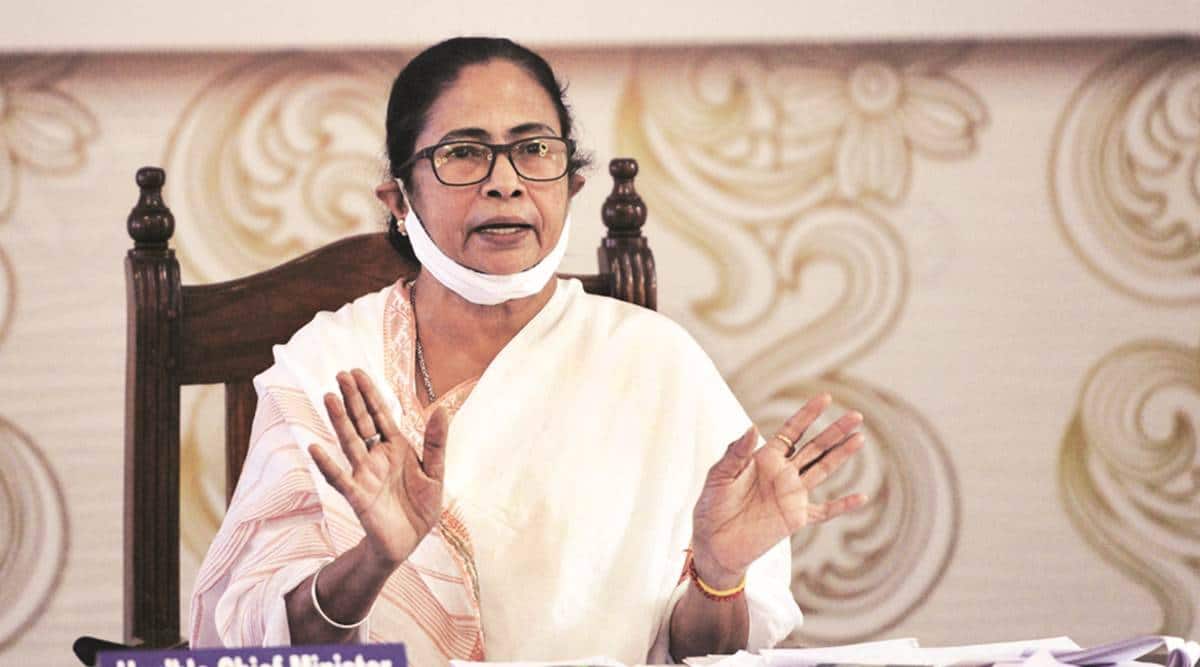 Sharpening the TMC attack on the Congress in the wake of statements from party chief Mamata Banerjee and its poll strategist Prashant Kishor, the party mouthpiece, Jago Bangla, Friday hailed Banerjee as the “most accepted Opposition face, popular face” and published an editorial with a headline which, when translated from Bengali, said ‘Congress in Deep Freezer’.

The newspaper also led with ‘The shaky Congress has lost its way’ and ‘Challenge from the party’. It even referred to Congress veteran Ghulam Nabi Azad’s remark Wednesday to make its point.

Making clear that he did not think restoration of Article 370 in J&K was possible unless the party had an overwhelming majority in the two Houses of Parliament, Azad said the matter relating to the revocation of Article 370 is in court and “I will not talk about what is not in our hands just to please people.”

On Tuesday, Mamata Banerjee took a swipe at Rahul Gandhi saying “you can’t be abroad most of the time” and “there’s no UPA now”. A day later, Prashant Kishor, who manages TMC’s electoral forays, said the Congress’s leadership of the Opposition is not the “divine right of an individual”.

Referring to these statements, Jago Bangla, said: “What TMC said of Congress, that statement is also coming from within the Congress. Gulam Nabi Azad is saying the same thing about his party. Not only that, after Kishor’s hard criticism, no one from the Congress leadership has an answer. The Congress has lost its way now.”

“For the last many days, the TMC has been saying that the Congress has failed, and the UPA has ended. We need an Opposition coalition… Congress is the biggest Opposition party, but is sealed in the deep freezer. Their leadership is closed inside a room and is only seen on Twitter… The country needs a coalition of Opposition forces. Opposition party leaders gave that responsibility to TMC leader (Banerjee). Because she is the most accepted Opposition face, popular face. All Opposition forces are now looking to her,” it stated.

Reached for comment, Adhir Ranjan Chowdhury, Congress leader in Lok Sabha, told The Indian Express that Banerjee’s “single point agenda is to weaken the Congress as a consequence of which the anti-BJP front will be undermined and the beneficiary would be BJP. She has been constantly trying to please the BJP government, especially her present mentor Narendra Modi”.

On being reminded that it was TMC which defeated the BJP in West Bengal, he said: “Certainly. But Bengal is not India and India is not Bengal. Mamata Banerjee still holds only 4 per cent of popular vote. Without Congress, nothing is possible.”

“No TMC leader or worker has the gumption to ventilate their anguish to the leadership. In the Congress party, anyone can express a view within the party fora,” he said. On the Jago Bangla editorial, Congress communication department head Randeep Surjewala said: “No one reads such publications. The only purpose of such useless articles is to latently support Modi and patently oppose the Congress.”