MAHARASHTRA’S SUGARCANE crushing season of 2019-20 is likely to be delayed with Maharashtra State Cooperative Factories Federation pushing for December 1 as the starting date for the season.

With elections round the corner, the high power ministerial committee that decides the start of the crushing season is yet to meet. Senior officials of the sugar commissionerate said chances of the meeting being held before the model code of conduct is enforced were slim.

Unlike other sugar producing states like Karnataka and Uttar Pradesh, the start of the crushing season in Maharashtra is decided by the state government. A committee headed by the chief minister in consultation with the sugar industry decides the date on which crushing operations will begin. Mills which start their operations before this date are liable to attract heavy fines from the sugar commissioner.

With the election fever heating up, most political leaders, including the CM, are busy interacting with voters.

Sugar Commissioner Shekhar Gaikwad, while speaking to The Indian Express, said the federation had asked for the starting date to be December 1. If sanctioned, this will be the most delayed start to the state’s crushing season in the last 10 years.

Earlier estimates from the sugar commissioner’s office pegged cane being available on 8.43 lakh hectares of land. The state was to crush 547 lakh tonnes of cane and produce around 63 lakh tonnes to 64 lakh tonnes of sugar.

However, large-scale diversion of cane in drought-hit Ahmednagar, Solapur and Marathwada and the floods in the cane heartland of Sangli and Kolhapur is all set to reduce Maharashtra’s production figures. Industry insiders are now saying the final sugar production figures in the state could be around 52 lakh tonnes to 54 lakh tonnes with the state set to see a short season limited to 70 to 80 days.

The December 1 crushing date, industry experts said, will allow the cane in drought-hit areas to recover. Also a delayed start will allow flood-affected crop to recover. Mostly, the state’s crushing season begins after Diwali when cane harvesters arrive at mills from Beed and parts of North Maharashtra.

AS THE monsoon enters its last leg, the possibility of drought is looming large over various parts of Marathwada. The water levels in major dams in the region continue to be low, which has sparked fears of losses in the rabi crop and water scarcity in months to come. 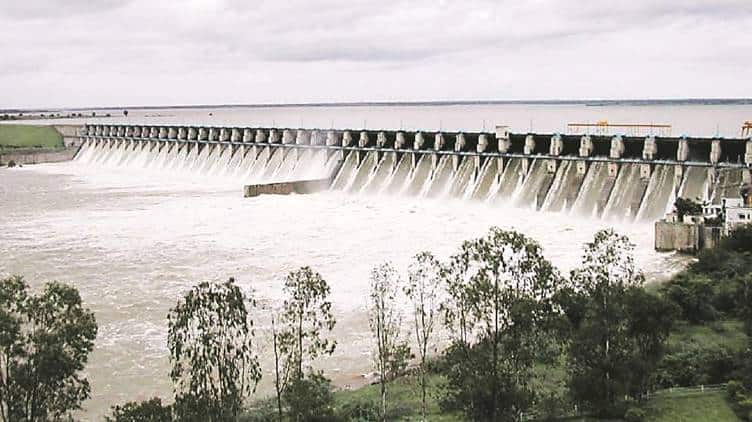 Most dams in the region are not even half full with Manjra and Majalgaon (in Beed) still reporting nil stocks. Jaikwadi — the biggest project in the area is 86 per cent full as compared to 47 per cent last year. Ujjani — the major dam at the tail end of the Khadakwasla system of Pune district is full to the brim, which will solve problems of drinking and irrigation water for Solapur and other districts.

After a delayed start, the monsoon had picked up across the state. To date, Maharashtra has received 1,029.3 mm rainfall as compared to its normal average rainfall of 989 mm. Thus, Maharashtra is in surplus this year with the state receiving 104 per cent more than normal rainfall.

However, regional parity in terms of rainfall is clearly seen with districts in Marathwada receiving only 77.8 per cent of scheduled 597.4 mm rainfall. Divisions of Konkan, Pune, Nagpur and Nashik have received above normal rainfall while Amravati division has received 86.1 per cent of its normal rainfall.

While crop condition across the state is being reported as good, farmers in Marathwada are concerned about the future of their crop. Timely rain, they feel will ensure better yield in days to come as the crop is now entering its flowering or pod formation stage.