Since 2018, the Shetkari Sanghatana has started a public civil disobedience movement demanding the legalisation of this transgenic cotton. 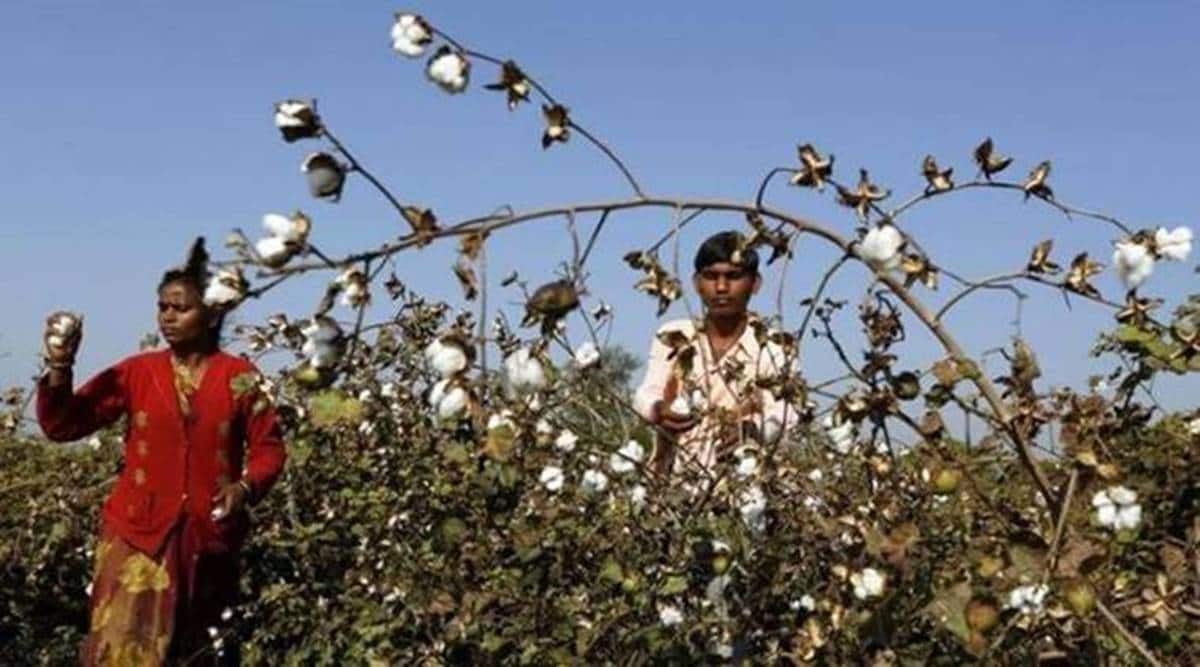 Farmers’ union Shetkari Sanghatana has announced that it will provide farmers seeds of the unapproved herbicide tolerant (Ht) Bt cotton at their door steps. Lalit Patil, president of the organisation, said they will start an online registration process for farmers to help them access such seeds easily.

Since 2018, the Shetkari Sanghatana has started a public civil disobedience movement demanding the legalisation of this transgenic cotton. As the name suggest, Ht Bt cotton refers to the genetically modified crop which can withstand the spraying of herbicide Glyphosate. BT cotton, which is obtained by introducing foreign genes Cry1Ac and Cry 2Ab extracted from soil bacterium Bacillus Thuringiensis (hence the abbreviation BT) is resistant to the attack of pink bollworm, but is unable to stand the application of glyphosate.

HT Bt cotton solves this problem by introducing another gene Cp4-Epsps’ from another soil bacterium, Agrobacterium tumefaciens, which allows the cotton plant to withstand the application of glyphosate. As manual weed control is both uneconomical as well as labour intensive for growers, HtBt cotton has gained traction among farmers. It is estimated that of the 4-4.5 crore packets of cotton seed sold in the country, approximately 50-55 lakh packets are of the unapproved HtBt variant.

Patil said in the last three seasons, they have managed to develop a good supply side chain for procurement of such seeds. Cotton growers in Maharashtra, Gujarat and Telangana, who have used these seeds, have saved on weeding cost and also gained in terms of price. “Unlike normal cotton, HtBt cotton has higher lint percentage and thus we were able to get Rs 300-400/quintal more than the normal price,” he said.

The seeds are mostly procured from Telangana and Gujarat.

The Sanghatana said this year, they will carry out home delivery of the seeds and asked farmers to register online for the same. Given the economical advantage, there have been cases where farmers were duped by some operators, who sold them normal cotton seeds instead of HtBt cotton.

While the Sanghatana said they have not encountered any such incident, there have been instances when the variant that was genetically modified was not suitable for the local climate. “Given the secrecy that has to be maintained in production of such variant, it is not always possible for the farmer to get the right kind of variant,” said Patil.

The Sanghatana has been at the forefront of the demand for allowing latest technology in the field. Patil claimed around 26 per cent of Maharashtra’s cotton area has already come under HtBt cotton.