Senior prosecution officer SP Yadav said an application for police remand of Ashish has been submitted to the judicial magistrate. It is fixed for hearing at 11 am on Monday. 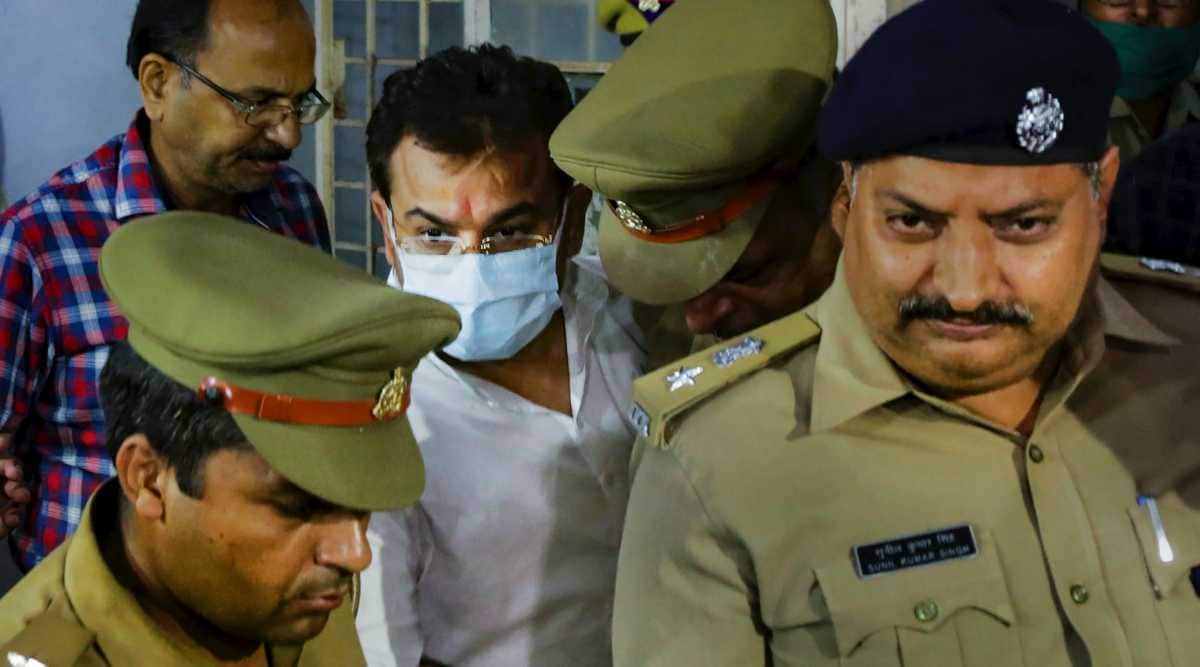 Union minister Ajay Mishra’s son Ashish Mishra, who was arrested on Saturday after nearly 12 hours of questioning in connection with the Lakhimpur Kheri violence, has been remanded in judicial custody for 14 days.

A medical team examined the accused in the crime branch office Saturday late at night after which he was taken to court for production before a judicial magistrate, who sent him to judicial custody, PTI reported.

Senior prosecution officer SP Yadav said an application for police remand of Ashish has been submitted to the judicial magistrate. It is fixed for hearing at 11 am on Monday.

A senior official said the Union minister’s son was taken to the Lakhimpur district jail, where he has been placed under Covid-19 quarantine. “Initially, inmates are kept in isolation, away from the main barrack. Jail food is being given to him. The quarantine period is of 14 days and his (medical) tests will be done,” the official said.

He also mentioned that there is a “threat perception” angle, but refused to divulge details.

Ashish, who has now spent one night in jail, was named in an FIR following allegations that he was in one of the vehicles in the convoy that mowed down four farmers at the anti-farm law protest site in Uttar Pradesh’s Lakhimpur Kheri, where they were protesting UP Deputy Chief Minister Keshav Prasad Maurya’s visit on October 3.

Apart from the farmers, two BJP workers and their driver and a local journalist Raman Kashyap also died.

Meanwhile, Union MoS (Home) Ajay Mishra went to his office on Sunday morning, maintaining a distance from the media and refusing to talk on this issue. He was in his office till around 1 pm.

After his son skipped UP Police summons in the case on Friday, Ajay Mishra had claimed that Ashish was “innocent” and could not report to the cops as he was “unwell”. However, he had also added, “This is a BJP government which works in an unbiased manner. Action will be taken against those found guilty.”

The protesting farmers and Opposition parties in UP are demanding resignation or sacking of Mishra from the Union Council of Ministers. On Sunday, Priyanka Gandhi, while addressing ‘Kisan Nyay’ rally in Lucknow, announced that her party will continue to fight till the MoS resigns. “No one can stop us,” she declared.