The data from genome sequencing in Karnataka shows that nearly 77 per cent of infections in the state have been caused by the Delta variant. The state is looking for the possibility of the emergence of new strains that could affect children. 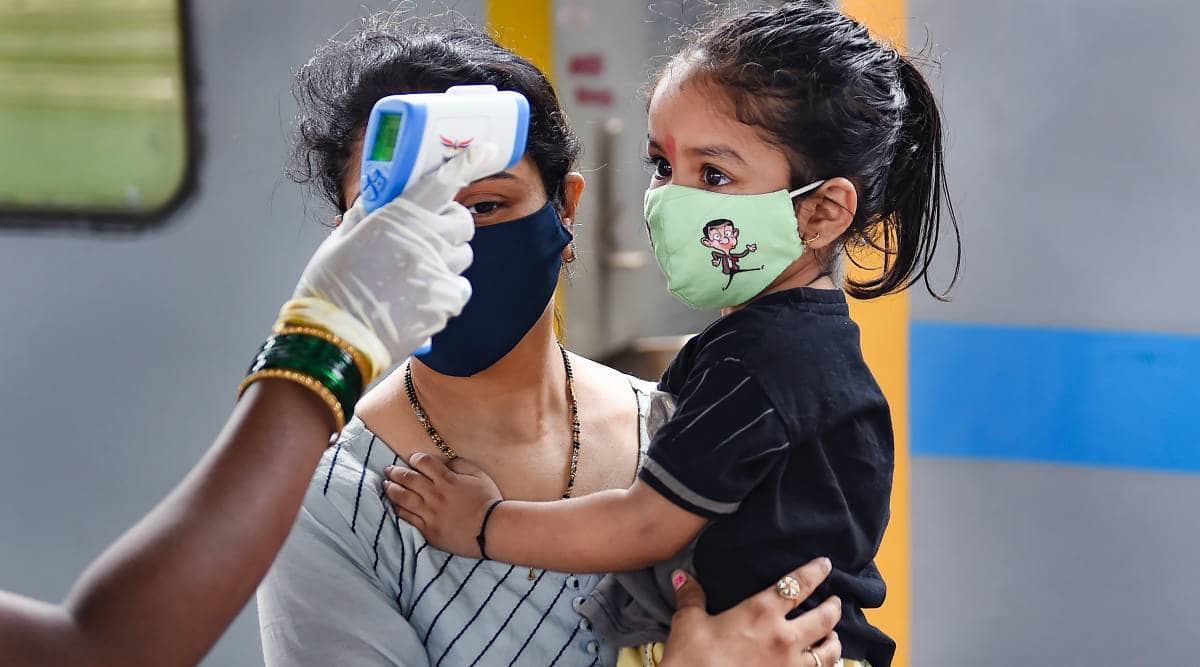 The Delta variant of coronavirus has been the predominant one causing Covid-19 infections among children in Karnataka, genome sequencing of the virus during the second wave has found. “There is no distinctive variant in children infected with the coronavirus. It is mainly Delta that is seen, almost predominantly Delta,” said Prof V Ravi, nodal officer for genome sequencing in the state who has been studying gene sequences in samples of children tested positive for Covid-19.

The move to study genome sequences of the virus that has infected children in the second wave is part of efforts to prepare for the next wave of infections by understanding if any new variants of the virus – other than the known ones at present – are affecting children.

A technical advisory committee advising the Karnataka government on the Covid-19 crisis had in June this year tasked Prof V Ravi, a former professor of virology at the National Institute of Mental Health and Neurosciences and chairman of an eight-member genomic surveillance committee in Karnataka, to study gene sequences in samples from Covid-affected children.

The researchers looked at virus gene sequences from samples of children who have tested positive and have been severely infected in groups like international travellers, local infection clusters and also in breakthrough infections among those who may be vaccinated.

Around 10 per cent of the 29.05 lakh positive cases recorded in Karnataka have been among children, aged between 0-19, and the death rate in the category has been 0.1 per cent.

Earlier this year a study carried out by Prof Ravi and others at the department of virology at NIMHANS – one of many labs in the country carrying out genomic sequencing to study new mutant strains of the virus – found that the Delta variant (B.1.617.2) had become the dominant strain in the second wave in Karnataka.

The study found that in the second wave since March 2021, the double mutant B.1.617.2 Delta variant and the B.1.1.7 Alpha variant – first detected in the UK – had completely displaced a previously dominant but less infective strain (B.1.36.29) that was circulating in Karnataka from December 2020 to March 2021.

There has been some concern that children may be more susceptible to infections in the third wave leading to the study on the variants infecting children. Over the past week, there has been a concern in Karnataka over the possible beginning of a third wave on account of a large number of infections being reported in the neighbouring Kerala and districts bordering Kerala where the positivity rate has surged.

“The second wave began in Karnataka through travel from Kerala and Maharashtra. In Kerala, over the last week, there has been an explosion of Covid 19 cases. This is a source of concern for us and we must view it seriously. The border should be monitored strictly and senior officials must take responsibility,” the new Karnataka Chief Minister Basavaraj Bommai said after a meeting with officials from districts on the Karnataka- Kerala border.

“In the last three to four days the positivity rate has increased in the Dakshina Kannada and Udupi region. It is a source of concern since positivity has increased from the range of 1.5 to 2 to 4.5 in some of the districts and there is a need to control the spread,” he said.

“Persons arriving from Kerala and Maharashtra should produce a negative RT- PCR certificate that is not older than 72 hours – irrespective of vaccination status,” the Karnataka health department said in an order on July 31.

The surge in cases and positivity rate in the border districts of Karnataka has come at a time when schools have been mulling a re-opening and have associations have approached chief minister Bommai to clear the path for the opening of schools in the state.

“The vaccination for government school teachers has been done to the extent of 72 per cent and the plan is to complete 100 per cent vaccinations in the next 15 days. Private schools cannot open on their own without a government order. I will call a meeting of school establishments soon to discuss issues,” said chief minister Bommai who has been busy putting together a cabinet since July 28.