Karnataka's Minister for Animal Husbandry Prabhu Chauhan said the Bill is being tabled after detailed discussions with Chief Minister B S Yediyurappa. 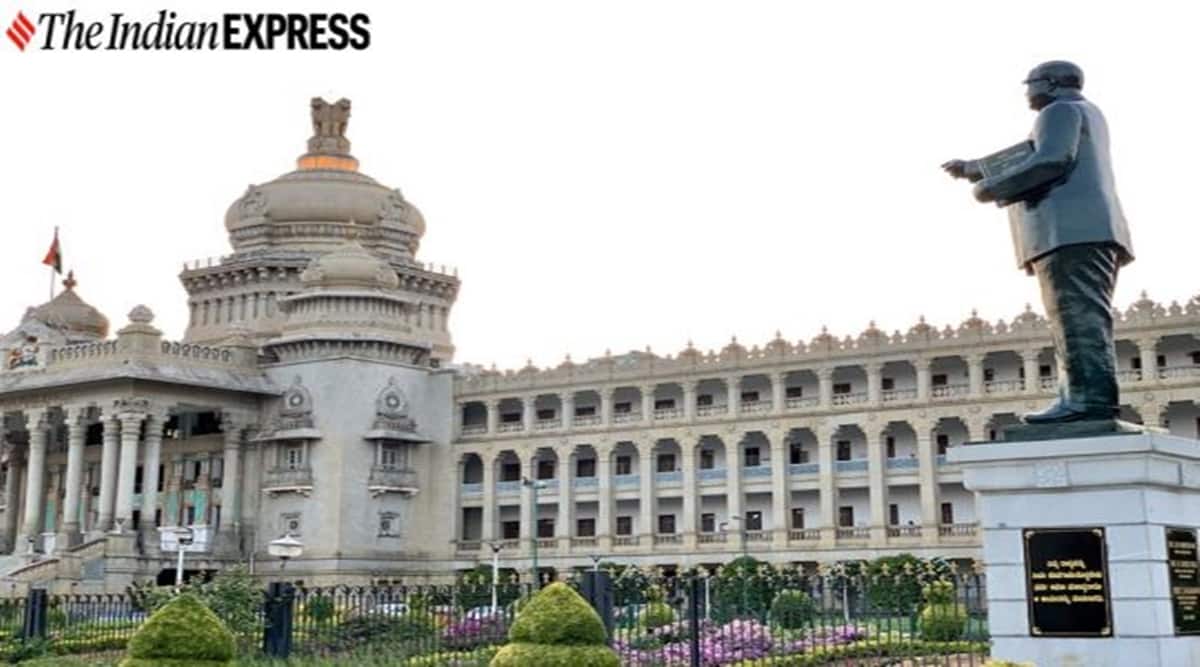 Karnataka’s Minister for Animal Husbandry Prabhu Chauhan Tuesday said that a bill banning the slaughter of cows will be tabled during the winter session of the Assembly, which is scheduled to begin on December 7.

“The BJP government had passed the Karnataka Prevention of Slaughter and Preservation of Cattle Bill in 2010, but could not get assent from the Governor then. The Bill will be reintroduced now with revisions that ensure stringent punishment for violators of the ban,” Chauhan said. He added that the Bill is being tabled after detailed discussions with Chief Minister B S Yediyurappa.

Earlier, BJP national General Secretary and former Tourism Minister C T Ravi had tweeted, “Cow slaughter ban will be a reality in Karnataka in the near future.”

At present, the Karnataka Prevention of Cow Slaughter and Cattle Preservation Act (1964) permits the slaughter of bulls, bullocks, and buffaloes that are aged above 12 years or are unfit for breeding or giving milk.