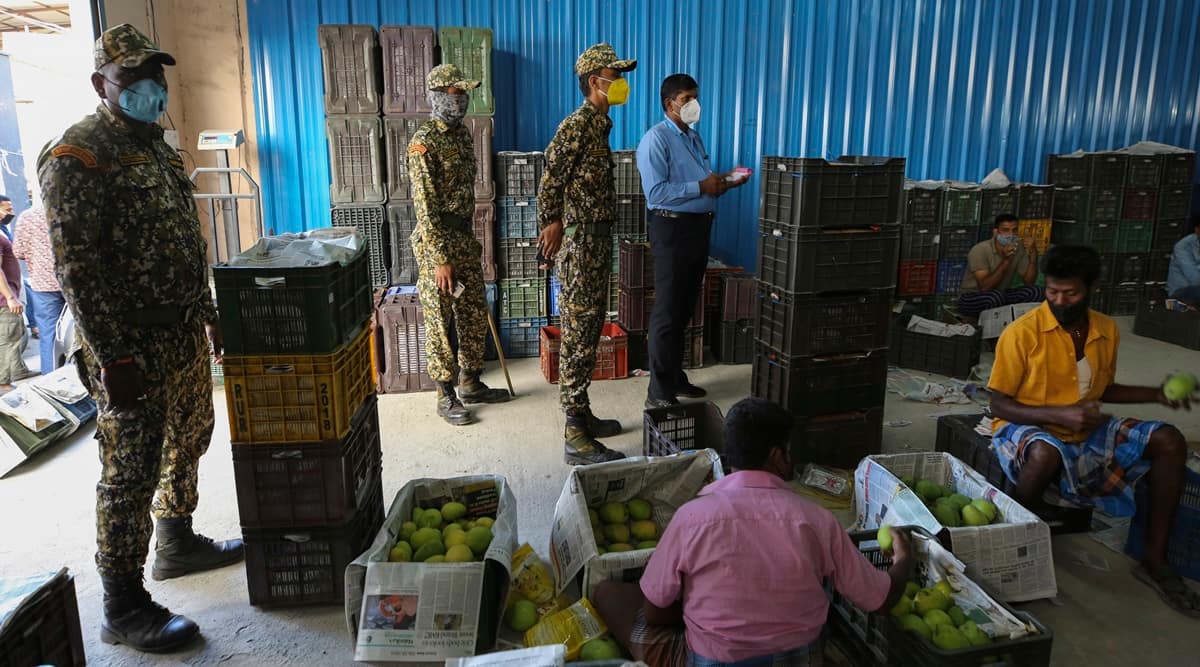 Karnataka Bengaluru Coronavirus News Live Updates: The coronavirus toll in Karnataka breached the 25,000-mark as the state reported 626 new fatalities, while 25,979 infections were added afresh. The number of recoveries continued to outnumber new cases, with 35,573 patients getting discharged yesterday, as the total number of infections in the state stood at 24.24 lakh, the health department said on Sunday.

Catch the latest news in Bengaluru and Karnataka as we bring you live updates on COVID-19, COVID-19 vaccination and lockdown across the state and more throughout the day.

In the wake of a rapid surge in mucormycosis (black fungus) cases in the state, the Karnataka Covid-19 ministerial task force has directed the treatment protocol committee to track the source of oxygen beginning Monday.

A team of microbiologists will start to work towards this from Monday, task force chairman and Deputy CM C N Ashwathnarayan said. He added that the state alone had reported nealy 700 cases last week as opposed to about 100 cases of black fungus being reported across the country, earlier, in a year. “This surge has been the cause of anxiety. The factor of worry is, black fungus cases are not spotted in other Covid-hit countries, but they are occurring only in India. Based on this concern, officials have been directed to ascertain the source of the disease,” he explained.

Amid rising black fungus or mucormycosis cases in Karnataka, the state government on Sunday said that all district hospitals will treat black fungus and instructed taluk hospitals which have the necessary infrastructure to treat the infection.

Earlier, the treatment for black fungus was restricted to some notified hospitals in the state.

“However, mucormycosis cases are being reported from almost all the districts. All the government medical college hospitals and district hospitals are permitted to treat the infection, ” said Additional Chief Secretary of Health and Family Welfare Department Jawaid Akhtar in a circular.

At a time when Bengaluru is driving the second wave of Covid-19 in Karnataka with an explosion of cases and rising fatalities, especially over the one month, as many as 280 workers at a crematorium in the state capital run by the civic body have alleged that they haven’t been properly treated.

All India Centre of Trade Unions has prepared a detailed report after visiting 26 crematoriums, including the temporary crematoriums in Bengaluru.

“The pandemic has put crematorium workers in great danger. It’s time to understand their issues in detail. All India Centre of Trade Unions has prepared a detailed report on them” AICTU said in a statement. Report will be released on Monday afternoon.

The Karnataka government has decided that the second doses of Covaxin will be provided only to those who receive SMS messages informing them of the completion of a 4-6 week period for the booster dose.

The move by the state government comes in the wake of the acute shortage of Covaxin and directions of the Karnataka High Court to come up with a rationalised system of administering the Covid-19 vaccines that are in short supply.

According to a note issued by the director of the National Health Mission in Karnataka, Dr Arundhathi Chandrashekhar, the Covaxin recipients will be sent an SMS regarding the second dose.

The Karnataka Forest Department has confirmed that an investigation was on to ascertain the reason behind the death of three leopards in Mysuru, whose carcasses were recovered on Saturday.

According to Mysuru Deputy Conservator of Forests (DCF) K C Prashantkumar, one female leopard aged around 4-5 years and two cubs aged around 8-10 months were “found dead suspiciously” near Belavadi Lake.

“The body of a half-eaten stray dog was found near the dead leopard, with traces of pesticide on the carcass. The organ samples have been sent to forensic laboratories to ascertain the exact cause of death,” he said.

Meanwhile, a forest official added that a dog squad from Mysore Police and Bandipur Tiger Reserve were involved in the investigation. “The incident has also been narrated to the Chief Wildlife Officer and National Tiger Conservation Authority. Further probe is on,” the official added.

Karnataka reported 626 more deaths due to Covid-19 on Sunday, the highest single-day toll recorded in the state since the pandemic began. While 362 of them were from Bengaluru Urban, the other districts that witnessed most fatalities were Bengaluru Rural (30), Mysuru (22), Ballari (18), and Uttara Kannada (17).

With this, the cumulative toll in the state has risen to 25,282 since March 10 last year.

On May 17, Covid patient Sarasamma died while being transported to a government hospital in east Bengaluru, after waiting three days for allocation of a bed. On Thursday, one of those hunting for a bed was Sunil Kumar, who himself works in the zonal war room of the BBMP (Bruhat Bengaluru Mahanagara Palike), which is meant to allot beds for Covid-19.

Over a fortnight after the government announced measures to streamline the bed allotment system in Bengaluru for Covid-19, prompted by BJP MP Tejasvi Surya’s allegations of widespread corruption and mismanagement, new problems have surfaced.

Kumar, who knows of Sarasamma’s case, said he had helped hundreds get beds since the first wave, but for his friend he was told to try Bowring, Victoria and Ghousia government hospitals. “They are insisting they will take in a patient only if a bed has been booked through the BBMP war room. I work in the war room and I know it takes some time before we can find a bed.”

Good morning!
Welcome to the live blog from Bengaluru where we bring to you the latest updates on COVID-19 vaccination drive, COVID-19, lockdown, BBMP and more across Bengaluru and Karnataka. Follow the blog to stay up to date with the state in real time.

A middle-aged woman, who was found abandoned at the second entrance of the KSR Bengaluru Railway Station due to suspected Covid-19 infection, was rescued and shifted to a nearby hospital after the intervention of the Railway Protection Force (RPF). According to RPF Inspector Waseem Ahmed working at the Bengaluru City railway police station, the woman was found near the parking area of the railway station at Saturday evening.

As an open letter penned by a nine-year-old from Kodagu went viral, the Karnataka police on Sunday confirmed that they were on the search to find her a mobile phone which allegedly went missing from a Covid-19 hospital. The owner of the phone — the child’s mother — succumbed to the virus on May 16.