The president of Residents' Welfare Society of Sector 15, Ravi Kant, said that they have faced really bad time with the councillor as she doesn’t care about her constituency. 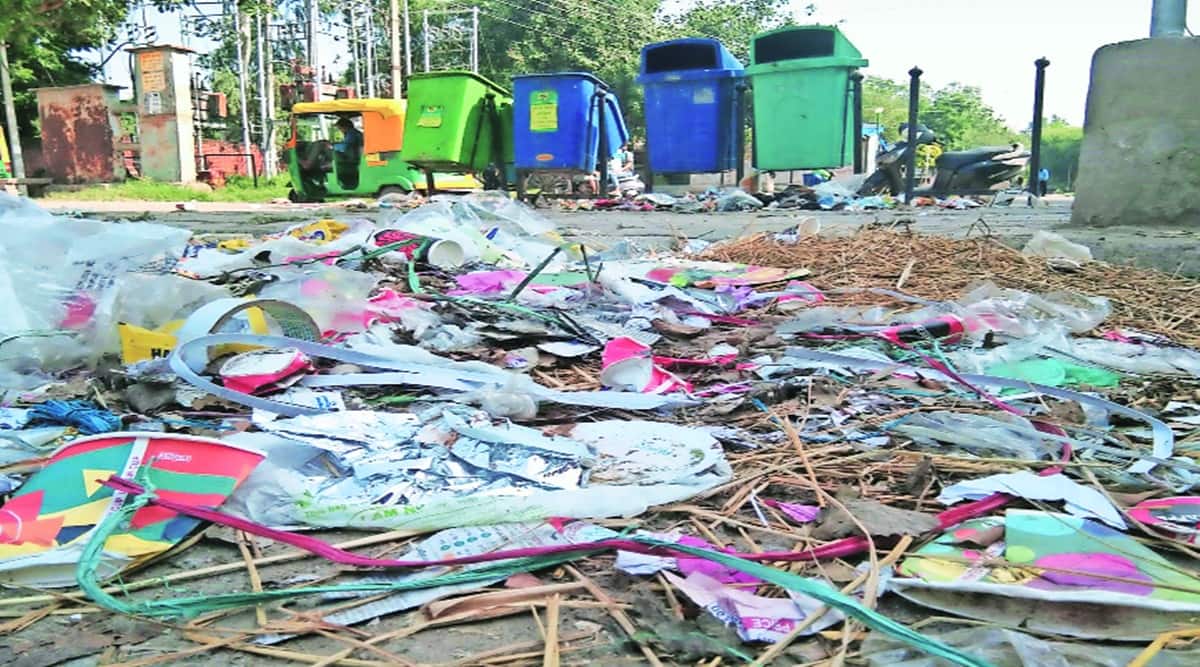 The BJP’s Raj Bala Malik is more like a celebrity councillor, who remained inaccessible. Residents of her ward maintain that only her ‘fashion quotient’ progressed these five years, nothing else.

The last time people saw her was when she had won the election from this ward in 2016. Since then they have never had caught a glimpse of her in ward no. 2. She contested and won the municipal corporation (MC) election on the Congress ticket in 2011 initially and also remained mayor for a one-year term. Three years later, she joined the BJP.

If there was any development all these five years — it was just that of Malik herself. Her fondness for fashion kept increasing each day. COVID came and the only thing she did was got a good collection of designer masks.

The president of Residents’ Welfare Society of Sector 15, Ravi Kant, said that they have faced really bad time with the councillor as she doesn’t care about her constituency. He said how for five years they kept requesting her for steel boards that indicate addresses and now when elections are scheduled, only now the boards have started to be put up.

“She has done absolutely nothing. Whenever we try to contact her, she says she is in a meeting. She never listens to voters. Either she will put our request aside or will say you meet that official, you meet this official. You should prevail upon the officials. Roads are broken, parks are in a bad shape. Nothing has been done,” he said.

The president added, “Even for a community centre booking, we have to go through her… and it is very difficult to reach out to her.”

Malik was contacted several times through messages and calls but she did not respond. Her staff was also contacted seven times but they did not respond. Then Malik was contacted through BJP headquarters but even then she didn’t respond. Even city BJP chief Arun Sood’s intervention did not yield any result.
The Opposition claims that amongst all other BJP councillors, she has remained the most inaccessible one. “She never used to meet anyone even for signatures on a basic document. I remember a poor man struggling to get her signatures which were required for his child’s school-related issue. Not just this, she has been missing out on even providing basic amenities to the residents. She never visits the ward, never meets people, never asks their problems… absolutely nothing,” Deipa Asdhir Dubey said.
She added, “There are so many dhabas in Sector 15 and that area stinks. There is no proper sewerage system and it has become a breeding place for mosquitoes. You see everything. Ideally it is just Sector 15 and Khuda Lahora that she has to take care of. Nothing has been done for the vendors. Gates that have been stolen for one-and-a- half year remain missing. Pavers in lanes are all broken.”

Residents state that if somehow they request the officials to get basic work done in the ward, they further ask to get it requested from the councillor and to reach out to the councillor — it is an uphill task.

Vicky Kanojia, a resident who has a book shop in the ward, said he had been requesting officials for basic pruning of a tree for a long time, and the pruned leaves were dumped near his shop itself. Then, for another two months, Kanojia kept requesting officials to take the pruned leaves but they either said they don’t have a trolley or asked him to request the councillor.

Malik is known for her love for luxury brands and diamonds. Women councillors do keep talking about her collection of suits and handbags. Handbags from Prada or Gucci, Swiss watches, Jimmy Choo footwear, toosh shawls, expensive perfumes and solitaires are all the talk of the General House.
Malik, who has three daughters and two sons, is quite fond of trips abroad.

CONTROVERSIES WHEN SHE WAS MAYOR LAST YEAR
It was in 2020 when Malik was chosen as mayor. The first thing she did upon starting her term was asking officials for a makeover of an already new office. Walls were raised, partitions were made and slides were introduced overnight.

Mayor Malik told her staff she didn’t like the concept of an open office as her predecessor Rajesh Kalia did, even termed it a “playground”. Hence, a wooden partition was done in the main office, with two passages — at the entry and at the exit. A partition was made by constructing a wall in the mayor’s rest room as well.

Meanwhile, residents continue to grouse about potholed roads. In February 2020, Mayor Malik had courted a controversy when on being asked as to when will bad roads be repaired, she had remarked, “Mere ko to abhi tak koi aisi sadak nahi mili, aap batao kahan hai.” During a press conference, she was asked about how people can commute safely on potholed roads. Initially, Malik tried to ignore the question. However, when the mediaperson asserted that roads were in bad shape, Malik made the remark. A day later, residents launched a campaign of sending her photos so that she sees that potholed roads persist everywhere. And they do mostly, even now.

Malik’s mayoral tenure will be remembered as the one when water tariff was hiked by 200 per cent. It was only later in the year that the BJP met the then UT Administrator and the hike was put on hold till coming March.

In October last year, Malik was left embarrassed after councillors from her own party boycotted the online house meeting, as their demands of an in-person meeting were denied. A day later, senior party leaders were informed about non-cooperation by her as the mayor. This incident is etched in the memories of the fellow BJP councilors who used to say that Malik had become really rude.

HER ACHIEVEMENTS
Raj Bala Malik was contacted on her list of achievements but she did not respond. Through her Twitter account, The Indian Express tried to look for achievements, if any.
In April, a patch of road was recarpeted at Khuda Lahora. She kept tweeting on social distancing and other Covid protocol.

In the same month, she inaugurated some lights in Sec- 15 park.
In 2020, when she was the mayor, she kept participating in MC activities and inaugurations. She would post about the administration’s decisions on Twitter.